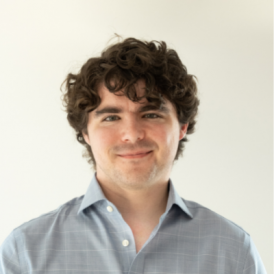 After starting his university career at Lancaster University, studying Physics, Maths, and Chemistry, Gerard Shields discovered Mechanical Engineering for the first time and changed courses to pursue it full-time. After graduating with a 1st Class Master’s Degree, he went into a job using 3D printing and additive manufacturing to help small companies develop new products. Shields then moved south to work for a product design consultancy in Oxford for a time, before starting his own company. Printpool specialise in manufacturing prototypes using 3D printing technologies, and have had some great success so far, but Shields is confident that this is just the beginning! As MD, he is responsible for a lot of different things, and loves the variety in what he does from day to day.

Click here to view the video of the full Top 100 interview with Gerard Shields.

Being included in the Manufacturer Top100 was a real highlight of last year. It was fantastic just to be nominated, but when I arrived at the event in Liverpool and saw all the fantastic people who had been nominated as well, it was really something special. I also found out on the night that I was included in the ‘Exemplar’ category which was the icing on the cake.

What do you think are the key attributes which led to you being nominated?

I think the key attributes that led to my nomination were really around determination and persistence. Printpool started in the middle of the pandemic, and because of my own medical history as a transplantee, I was actually in shielding throughout most of that time. That led to some really unique challenges, as well as all the other difficulties that most businesses face when they first start out.

What do you find most inspiring about working in manufacturing and when did you realise this is the career for you?

I came into manufacturing from a mechanical engineering background – that’s what I studied at university. Although I had come across the manufacturing side of things, and in particular additive manufacturing, it wasn’t until a little bit later that it really became obvious that it was my passion, and what I wanted to do long-term.

I worked as a design engineer for a little while, but I think what I really enjoyed was the process of taking those 3D designs and making them into something real – something tangible – that you could hand to a client or see in its end use in the real world, rather than just on a screen.

Who or what has been the biggest influences on your career in manufacturing?

Right after I graduated from my degree, I got a fantastic job working for Lancaster University in their engineering department. We were working on a project to go into small businesses and help to develop some of the new and exciting products that they were perhaps struggling with, or not quite sure where to go with.

I found that really interesting and informative at the start of my career, to see some of the problems that established companies were having around product development. I was also able to get my hands on a lot of additive manufacturing equipment in that role, which was used for prototyping and for doing some of the early-stage development work on those projects, which was also very inspirational at the time.

But in terms of people, in that same role, my manager Tom Abram was a real inspiration at the time. He was a very talented time served engineer, and I was able to learn quite a lot from him.

What’s the biggest challenge you have faced in your career so far and how have you overcome it?

The biggest challenge is also the biggest opportunity, and that was actually starting Printpool. As an engineer, I’m quite good at the technical side of things and was very comfortable setting up a facility and making sure that everything was technically very well optimised, but that’s only really a small part of what you need to be able to do as an MD, and as a business owner in general.

So things like sales and marketing, writing copy etc, all these things that perhaps don’t come quite as naturally to the average engineer, were all things that I had to work on quite a lot. But it was also a brilliant opportunity, because I’ve become a much better, and more well-rounded engineer and person as a result.