Posted on 8 Sep 2016 by The Manufacturer

The trials and tribulations of humanity’s compulsion to fly has propelled the advancement of science, engineering and manufacturing. Dr David Bott explains.

Leaving the ground is difficult. From the first ideas of da Vinci (1485), through the hot air balloons of the Mongolfier brothers in 1793, the hydrogen balloon that flew a few months later; the Wright brothers’ aeroplane in 1903 and Gagarin’s flight into space (1961), the quest to do so has required the most creative designs, the best use of materials, the best engineering and the most advanced integrated systems available at the time. 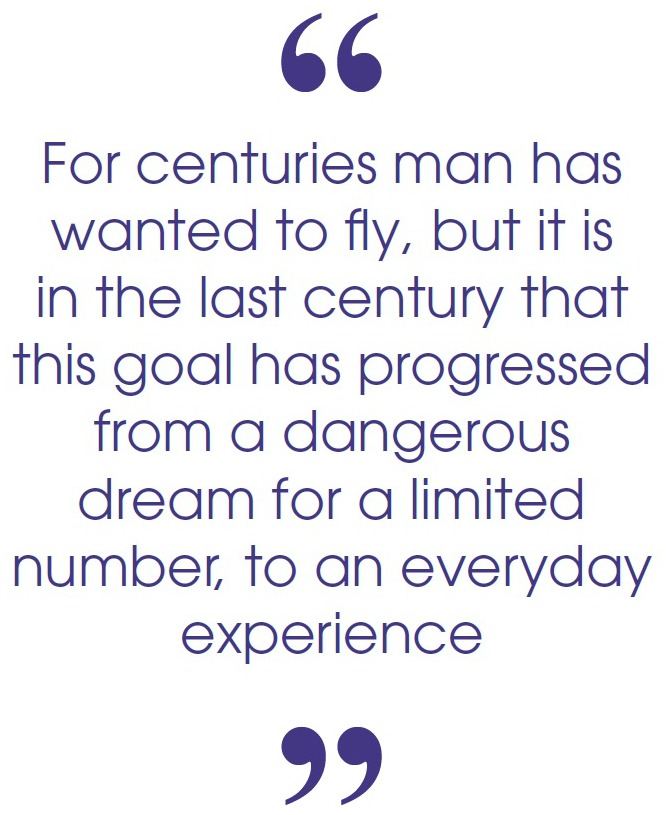 The individual technologies developed to enable man to fly were always expensive at first, but were often developed, and “value engineered”, to be used in other areas.

What is interesting to see is that the pursuit of flying often required strong feedback between the needs of the market and the currently available science. Things rarely worked the first time out, but there was transparent communication between need and capability, and progress was made towards success.

The balloon envelope needed to be light, impermeable to hot air or hydrogen (or later helium) and tear resistant, but these specifications were probably unknown before fabrics that didn’t have these features were tried.

Aeroplanes require lightweight materials and structures – and, as was later discovered, needed to be fatigue resistant. With every step, the bar was raised and both the challenge and the solution became more complex.

The constant development of performance is a testament to the progress that has been made in the thousands of supply chains that feed the aerospace industry. 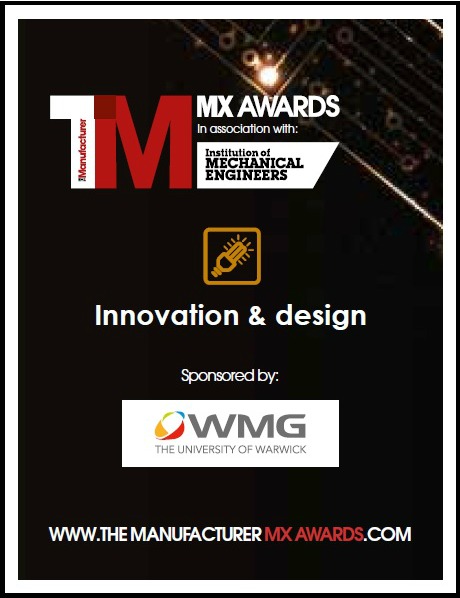 Early balloons and aeroplanes tended to carry those who accepted the risks associated with trying out new things, but with the growth of the passenger industry, safety became more and more important.

This spawned many of the developments in design engineering, materials and component testing, and predictive modelling. Once again, the knowledge gained by trying to fly has cascaded into many other industries.

And it’s not just the machines that fly that have challenged us, the systems they fly in have also driven progress. Most commercial aeroplanes have been semi-autonomous for decades, and the first automated landing, said to be the most dangerous part of a flight, was made in 1968.

The systems by which aeroplanes are shepherded through the skies rely on radar, accurate radio beacons and satellite-based GPS. That this works at all is a small miracle – that it works as reliably as it does, should give us all a reason to be awestruck.

For centuries man has wanted to fly, but it is in the last century that this goal has progressed from a dangerous dream for a limited number, to an everyday experience. It has spawned an industry that leads many others in the use of advanced science and engineering.

It has interactively set goals for the science and engineering communities. It sets a standard for management of supply chains, to enable safe and reliable cutting-edge technology to be cost effective. 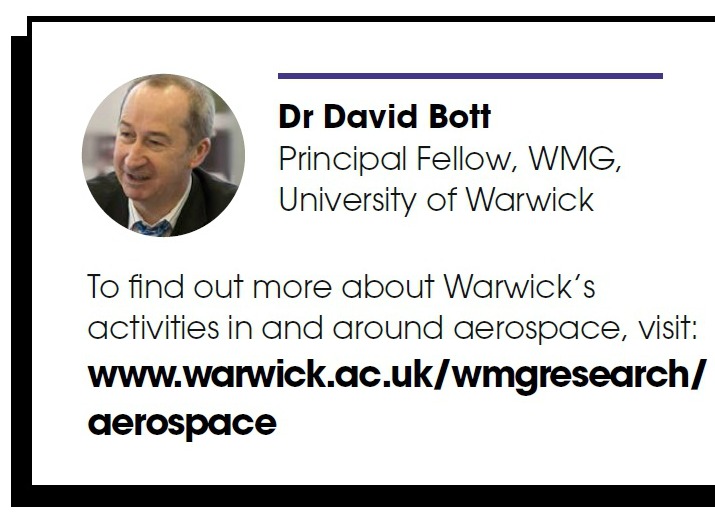 And it is still evolving – the increased need for energy efficiency in driving light-weighting, advanced manufacturing and the increased use of electric power; the increasing use of autonomy in driving sensor technology and artificial intelligence; as well as the comfort and safety of increasing numbers of passengers.

And all of these have their equivalents in the automotive, construction, logistics and many more industries.

Although this famous quote was focused on a specific space mission, it probably applies to all of the aerospace industry: “We choose to go to the moon in this decade and do the other things, not because they are easy, but because they are hard.”