GE has called on the government to throw all its weight behind transforming Britain into a ‘digital industrial powerhouse’, driving future productivity, growth and global competitiveness.

The call was issued as new research by GE reveals a large proportion of British business decision makers believe that investment in the digital economy will increase post-Brexit.

Almost eight-in-ten (79%) of those polled believe that government will continue to invest at the same levels or increase investment in the digital economy once the UK leaves the EU.

Regarding their own organisations, almost the same amount (82%) expect to continue to invest at the same levels or increase investment despite Brexit uncertainty – potentially boosting the UK’s digital infrastructure.

Industry data indicates that there will be more than 50 billion connected devices on the industrial internet by 2020, and that applications that allow businesses to connect their physical assets to cloud and wireless platforms have nearly twice the economic potential than existing consumer focussed ‘internet of things’ applications.

However, to take full advantage of this, it’s critical the country has the right digital infrastructure and skills to maximise the potential. GE’s research suggests the investment appetite is an acknowledgment of the infrastructure, skills and investment challenges industry faces to truly embrace the digital economy.

The clear majority of respondents (83%) would support improving that existing infrastructure for internet connectivity, including broadband, for the UK to get the most out of the digital economy and the industrial internet.

Additionally, the research suggests an information vacuum when it comes to awareness of the potential impact of such technologies, with more than a quarter (28%) saying a barrier to their business investing more in the industrial internet over the next 12 months is its lack of relevance to their business.

President and CEO of GE UK & Ireland, Mark Elborne explained: “We believe that the next wave of global competitiveness will be fuelled by the industrial internet and that the UK has the potential to become a global hub, driving this digital revolution.

“The industrial internet has the potential to fuel unprecedented gains in innovation across all sectors in the UK, bringing about profound transformation to industry. These innovations promise to bring greater speed and efficiency to industries as diverse as aviation, rail, power generation, oil and gas development, and healthcare delivery.

Elborne added: “Our research clearly show two things – that there is appetite to embrace the opportunity but that significant and sustainable investment is needed to ensure our infrastructure and talent is ready for the opportunity.  It is also critical that the government leads the charge in digital – helping industry to see the transformative impact this could have on their businesses.” 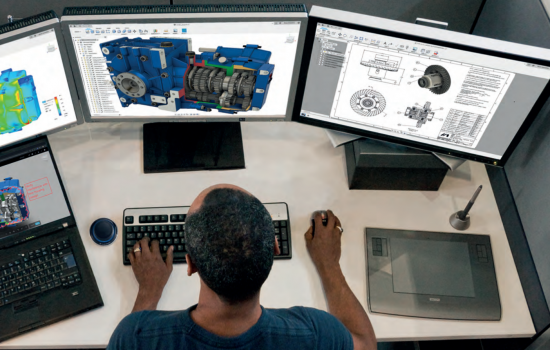