Electronic components have come to define modern life. Despite, or perhaps because of, this ubiquity, the electronics manufacturing sector has been volatile in recent years and shows no signs of stabilising. Nevertheless, with 5G coming, automation on the rise and devices becoming increasingly ‘smart’, there are significant opportunities for UK manufacturers to thrive. Indeed, several are already doing so.

Long before the Coronavirus reared its ugly head and shook up global supply chains, many electronics manufacturers were already dealing with chronic components shortages. In almost every respect, global demand was outstripping supply – supply that had, for the most part been outsourced to South and East Asia.

The impact of COVID-19 is compounding the issue on two fronts. Firstly, enforced factory shutdowns have added further delays to already lengthy lead-times. Secondly, lockdown and the shift towards remote working has resulted in our use of electronics rising exponentially, expediting the need to upgrade or replace them. 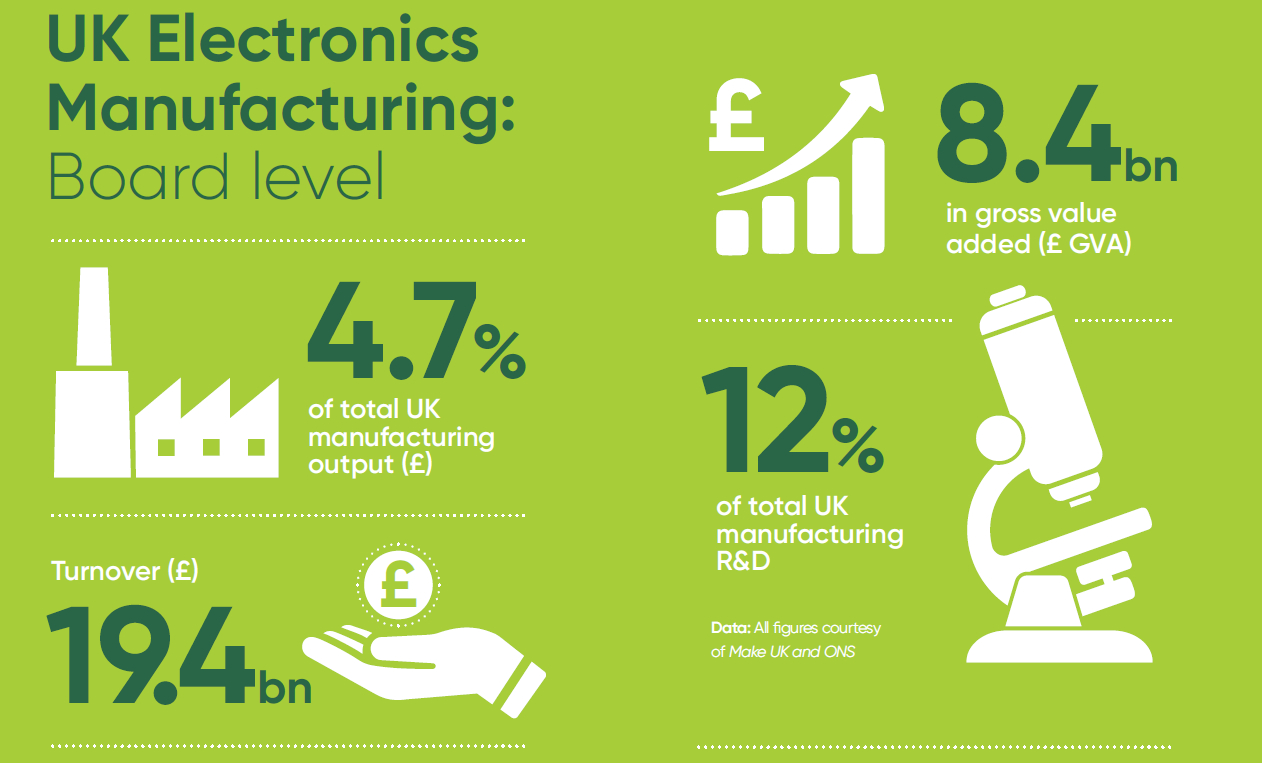 More than one in five UK adults (21%) – the equivalent of 10.3 million consumers – purchased at least one new digital device as a result of spending more time at home because of the pandemic, according to Deloitte’s Digital Consumer Trends 2020 report.

In total, up to 21.2 million digital devices were purchased during the first two months of the lockdown period, including two million printers and monitors.

Despite these challenges, the sector continues to be one of UK manufacturing’s strongest performers.

UK electronics recorded the best performing output growth in 2019 out of all 14 subsectors.  While Make UK’s forecast for the sector is currently negative (-3.3%), that is significantly rosier than the organisation’s outlook for automotive (-32%), mechanical equipment (-25%) and other transport – aerospace, defence and shipping (-12.3%).

The electronics subsector has managed “to weather the COVID-19 pandemic and its subsequent economic storm the best”, according to Make UK’s Manufacturing Outlook 2020 Q3, in large part of because of “the surge in the number of businesses looking to digitise their processes”. 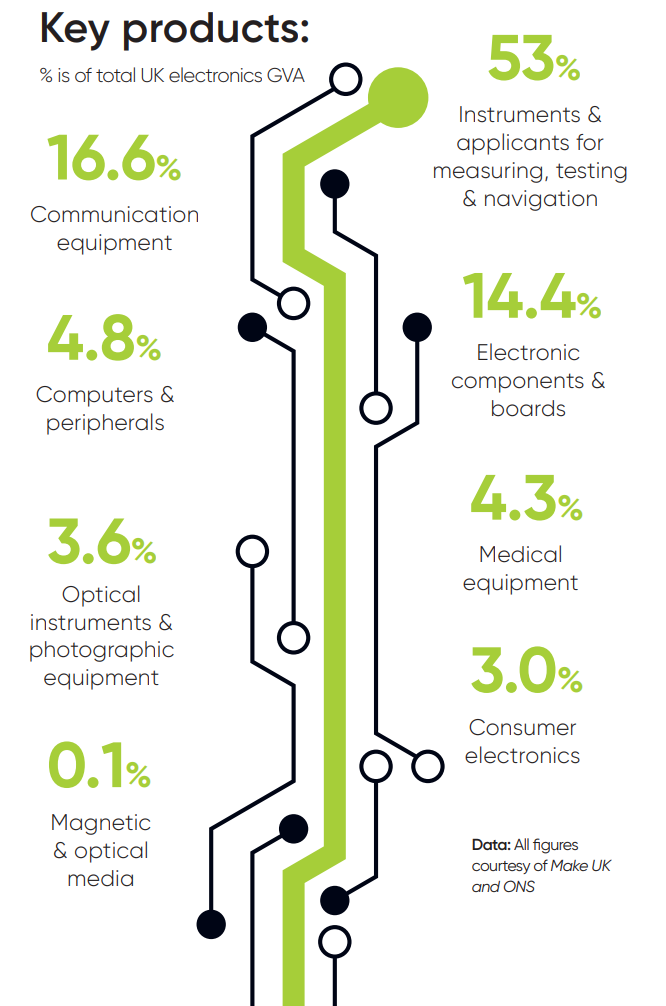 One business looking ahead with positivity is C-MAC SMT, a leading independent provider of complex printed circuit board (PCB) and electronics assembly. The Warwick-based business was recently reborn through the acquisition of SMT Developments by Belgium-headquartered C-MAC.

“2019 was the first year for C-MAC SMT under new owners and the goal was to stabilise the business, focusing less on small one-off orders and concentrating on strategic customers that could offer repeat business,” explains Business Development Manager, Richard Halton.

“Our goal was also to target five new customers, which would help us diversify the sectors we serve and limit our exposure to automotive. At the start of 2020, we were on target to achieve this and had engaged with at least five new customers with the required annual spend to achieve our target growth.”

Like many small businesses, C-MAC SMT felt the impact of COVID-19 first on its supply chain, especially PCBs from China. This was followed by disruption to its customers’ operations, resulting in its growth targets for the year being dramatically downgraded.

However, there is a strong belief that the partnerships it has formed will enable the business to flourish as the market improves in 2021.

Recognising that their growth was dependent on the success of their customers’ businesses, C-MAC SMT is diversifying the markets it serves, with a particular focus on the medical sector.

“We are working towards securing ISO 13485 (Medical Devices) accreditation before the end of 2020 and this will hopefully join our ISO 14001 accreditation (Environmental Management),” explains Richard.

“We continue to focus on quality training for all our staff to IPC-A 610 Class 3, the highest level of electronics assembly, meaning we have the skills in place for when the recovery arrives.” 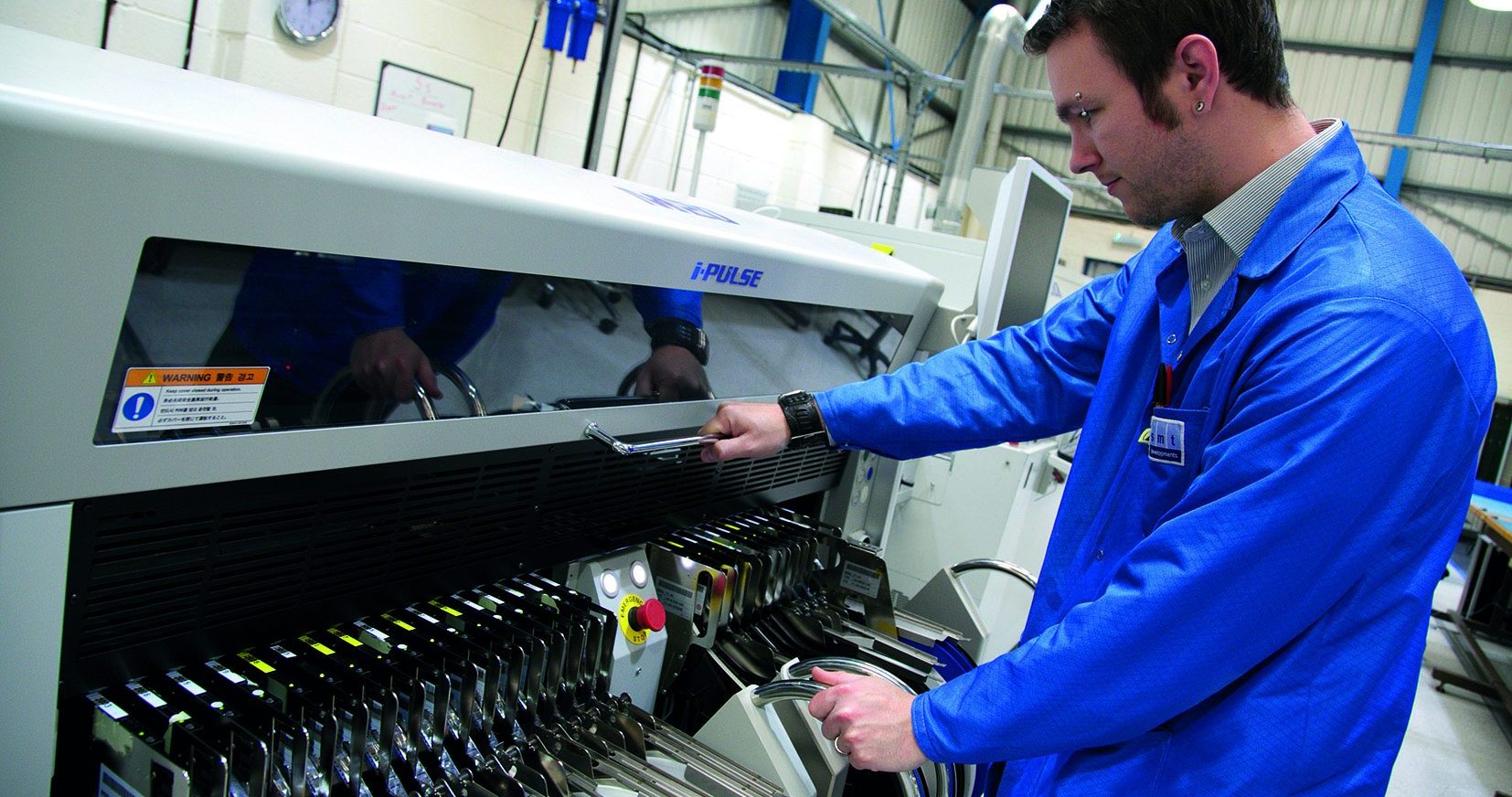 The rapidly growing electrification market is also viewed as a significant opportunity for C MAC SMT, and the business is part of a specialist cluster of like-minded SMEs looking to work with OEMs, electric vehicle infrastructure providers and firms involved in renewables.

“Electrification is a massive opportunity for our four businesses,” Richard says, “and we feel that by collaborating and pooling together our different, but complementary disciplines, we can offer the OEMs and end users access to a single-source solution.”

“While transport electrification is a natural marketplace and one that we are already picking up work in, there is a strong sense that we can also go after contracts to support the alternative energy sector and electric infrastructure work for street furniture and charging points for example.”

Electrification, however, is far from the only opportunity facing UK electronics firms.

The growing demand for smart devices from both consumers and businesses alike could herald the start of a boom period for UK electronics manufacturers. Everything, from cars and ovens to industrial machines and doorbells, has already become smart and connected, or very soon will be. This is an evolution which relies on a steady stream of electronic components.

The same goes for every other major trend predicted to hit big over the coming decade: the Internet of Things; artificial intelligence and machine learning; virtual and augmented reality; wearables; additive and subtractive manufacturing; energy storage; robotics and automation; drones; quantum computing; the democratisation of space exploration; nanotechnology, the list goes on.

The high-value, research-intensive markets such as those listed above all require the topmost level of innovation, complexity and competence, all things the UK excels at.

The electronics sector is UK manufacturing’s third highest investor in research and development, behind chemicals & pharmaceuticals and transport. As a result, the UK is already positioning itself at the top of the global value chain for certain areas of electronics, semiconductors being just one example.

Semiconductors offer another clue as to what the future holds for UK electronics manufacturing. Increasingly, the sector’s focus is to prioritise the development and design of new components, rather than their assembly; a shift that has altered the manufacturing landscape, as it has for other sectors.

Though some will lament the shift, it’s much harder to outsource the knowledge and investment-intensive design stage than it is assembly. It’s also in the design and development where the highest value, and potential reward, resides, something rising numbers of manufacturers are switching on to.

As British as Raspberry Pi

How a £34 computer conquered the world

As of December 2019, more than 30 million Raspberry Pi units had been sold. A staggering amount considering the first model was released just eight years previously.

The original credit-card sized single-board computer was developed by Eben Upton in response to how few people were applying to study computing science – of which he was the director of studies – at the University of Cambridge.

Initially designed to teach young people basic computer science such as how to code, Pis are now used by people of all ages and for a multitude of applications thanks to its low-cost, ease of use and high portability.

Though some are manufactured in China and Japan, the majority of Pis are made at the 30,000 sqft Sony UK Technology Centre in Pencoed, Wales.

Sony Contract Manufacturing first began producing the Raspberry Pi back in 2012 and was originally engaged to produce 10,000 units a year. Since then, demand has grown exponentially, as has the product range.

The site has seen a significant increase in demand since introducing the Raspberry Pi 4 in June 2019 and now manufactures in excess of 32,000 Pi products a day across 11 different models, with a new Pi coming off the production line every 3.5 seconds.

The Raspberry Pi Foundation is a not-for-profit entity and as such, the price point of its products has always needed to remain low-cost. It’s a testament to the continual investments in technology and technical capabilities at Sony UK TEC that production has managed to remain in a relatively high-cost location.

A good example of this continuous investment and process improvement was the design, development and manufacturing of bespoke automated testing equipment. This automated solution not only helped increase process efficiency by almost 200% since 2012, it also brought additional benefits through improved quality rates, cost savings per unit and higher product output.

Recent automation in the Raspberry Pi packing line has also brought about a 58% productivity improvement.