UK manufacturers are intending to boost investment as factories operate at near full capacity thanks to strong export demand, a new study has revealed. 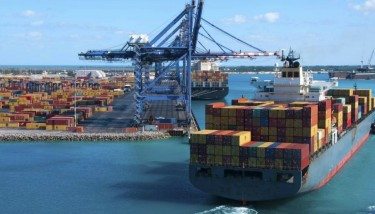 Investment intentions remained modest, but had picked up slightly among manufacturers, reflecting the strong export demand, the Bank of England, 2018 Q1 report has shown.

According to the report, manufacturers also invested in automation to relieve recruitment difficulties and improve productivity.

Very modest pickup in activity has been reported in the oil and gas sector. There was evidence that substitution away from imports had provided some benefit to firms in soft furnishings and brewing.

The report has also shown that growth remained positive for those supplying automotive components and housebuilding materials.

Packaging suppliers reported buoyant demand, in part supported by continued growth in online retailing, as well as a shift away from plastics to more environmentally friendly materials.

Growth in export volumes of manufactured goods had remained strong, supported by the pickup in global activity as well as by the past depreciation of sterling. Demand from the EU had picked up further, with little sign to date of customers switching away from UK suppliers.

However, as products were often tied to multi‑year supply contracts and model runs, there was a risk this would impact growth in the future. Higher global commodity prices had also supported demand for mining equipment to increase capacity from commodity‑exporting countries such as Australasia.

Demand from the Middle East, however, was reportedly more mixed. Exports of high value‑added products in the pharmaceuticals, aerospace and automotive sectors generally continued to perform strongly.