The UK’s space industry is bigger than most people realise – and is going to unimagined places, Ruari McCallion reports.

This Christmas Day will mark 12 years since Beagle 2 separated from the European space Agency’s Mars Express spacecraft in orbit around the Red Planet – and disappeared.

The bewhiskered face and infectious enthusiasm of consortium leader, Professor Colin Pillinger of Open University, got people wondering if maybe there might be something in this Space stuff, after all.

Even the loss of the tiny lander – not much bigger than an old-fashioned dustbin lid – didn’t seem to dampen his spirits.

Sadly, he didn’t live to see the day that Beagle 2 was rediscovered on the surface of Mars in January this year, undamaged but non-functioning, but his legacy is a raised profile for the British space industry.

Britain’s space industry did not start with Mars Express and Beagle 2; it began much earlier, in 1960.

Even an arm of McLaren, the motor racing company, was involved: McLaren Applied Technologies companies manufactured and provided development support for the lander structure and solar panels. 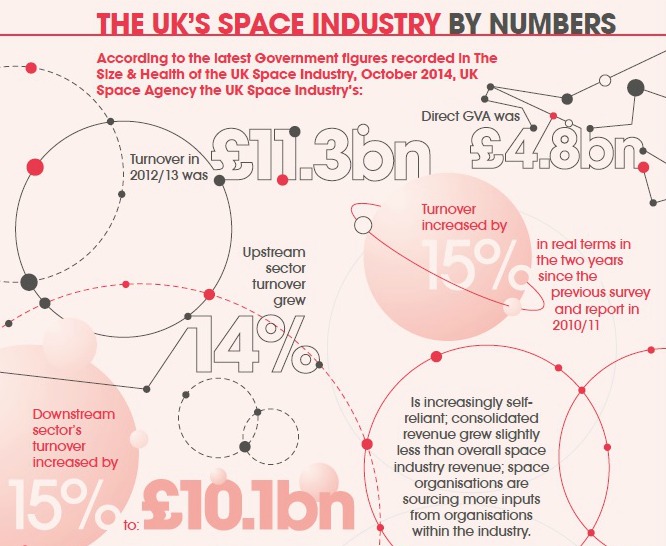 Beagle 2 mission manager, Professor Mark Sims, is still very much involved with the Space business, as Professor of Astrobiology and Space Instrumentation at the University of Leicester.

“The UK space industry is worth £11-12 billion to our economy, and most of that is in the form of commercial return. The government invests about £300 million a year,” he said.

“It employs 60-70,000 people, directly and indirectly, and it has been growing at 8% a year, even during the Recession.”

Which is a pretty impressive growth rate – and it isn’t intending to stop there: the plan is to get to £40 billion by 2030. This is not castles in the air; the aspiration is based on firm foundations. 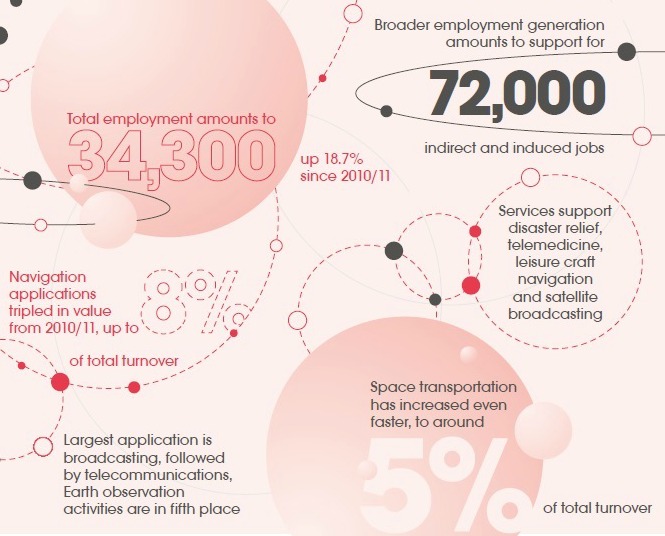 Leicester University Space Research Centre-built instruments have been operating in space every year since 1967. It has worked with NASA; ESA; UK Space Agency and others further afield.

The UK is home to companies such as e2v in Chelmsford; Inmarsat; Avanti; Airbus Defence and Space; Harwell Laboratories; BAE Systems; Surrey Satellite Technology Ltd; and others.

The upstream segment includes launchers and satellites; in the latter category, the UK has particular strengths in smaller satellites.

Conventional satellites will often be about the size of a minibus and weigh between 100 and 500 kg. Airbus Defence & Space’s order book has been dominated by this kind of unit in the shape of Eurostar E3000 telecom satellites, which cost £100 million and more.

Smaller satellites can weigh less than one-tenth as much as their larger cousins, but they still carry everything required to operate, including batteries; orbital control and positioning systems; radio communications, and analytical instruments, but everything is smaller, less expensive, sometimes less complicated – and definitely lighter.

With launcher charges being directly related to weight and space, smaller units make a great deal of sense. They can even ‘hitch a ride’ on someone else’s mission, if they are small enough.

NASA’s nanosatellite missions cost in the region of $2-$3 million each, which is much less than a full-sized project.

Lockheed Martin is establishing a ‘space office’ in the UK, specifically to capitalise on the ‘small satellite’ expertise in this country.

Downstream includes data exploitation, especially on the earth exploration side, and involves companies like Proteus Geo, which offers products for environment; agriculture; forestry, and marine applications.

The ‘third stream’, according to Sims, is “space-enabled enterprise”. “This involves things that are not just used direct, but the application of data to other areas,” he explained.

“For example, medical devices and technology that may have been originally developed for use in space, such as the treatment of tumours with gamma rays and heart assistance technology. It may turn out to be quite a growth area in itself.”

Having bright ideas is one thing; commercialising them is definitely another. How is the UK bringing together and driving its resources?

There are several Space Centres across the country, from University College London’s facility at Dorking in Surrey in the south, to Strathclyde in Scotland.

The University of Leicester hosts the National Centre for Earth Observation and is a partner, along with the University of Nottingham and the British Geological Survey, in EMBRACE – the East Midlands Satellite Applications Centre of Excellence.

It – and the Satellite Applications Catapult, which is based at the Harwell campus in Oxfordshire – actively seek to attract and develop smaller companies’ involvement in the space industry.

“A few big companies in the UK are involved in the upstream side. The use and interpretation of space data in conjunction with other activities is believed to be the growth area,” said Sims.

“Upstream is very specialised; downstream includes data analytics, finances and planning, Earth observation images fused with ground-based information and so on. The growth area is in services and the applications of knowledge sets and technologies.”

So are smaller manufacturers shut out of this potential boom area? Not at all – but it is specialised.

“We build the instruments to do the science we want to do,” he continued. “A lot of components are either bought in or contracted out.

“We work with ESA in developing areas of interest, such as nuclear power, which is now a big ESA project, and we are looking at generating various new capabilities in Europe.”

He also mentioned ‘embedded smart decision systems’, which are intended for use in space, but will spin over into applications such as autonomous vehicles.

“The space industry drives everything in our lives, including air quality, devices for making surgery safer, and even facilitating remote surgery,” he concluded.

“Everything from your car’s GPS to timing signals used to synchronise power supplies, Sky TV to Inmarsat and so on, depends on the space industry.”