UK steelmakers face electricity prices twice those of their direct competitors in France and 50% more than German steel producers, according to a new report published by the sector’s trade association.

A year on from the launch of the government’s Industrial Strategy and the Helm Review into the Cost of Energy, and efforts to support the UK steel industry appear to have “gone backwards rather than forwards”.

Indeed, the government’s own data shows that UK industrial electricity prices remain the highest in the EU.

The Energy Price Scandal: A Fair Power Deal for UK Steel shows that in the UK, the average electricity price for steel producers this year is around £65 per megawatt hour (MWh), compared with Germany at £43/MWh and France at £31/MWh.

With a steel site consuming in excess half a million MWh each year, this additional cost soon adds up.

According to UK Steel, the disparity with German power prices will cost the sector £55m this year. However, should government take action to level the playing field, UK steel companies have committed to reinvest all £55m back into production facilities

UK Steel director general, Gareth Stace commented: “Electricity is one of the biggest costs for the steel industry and it damages our competitiveness that we are consistently forced to pay significantly more.

“The gap continues to widen, and our steel industry is losing out. This price disparity can now add up to £17 to the cost of producing a tonne of steel, this can be the difference between winning and losing a supply contract.” 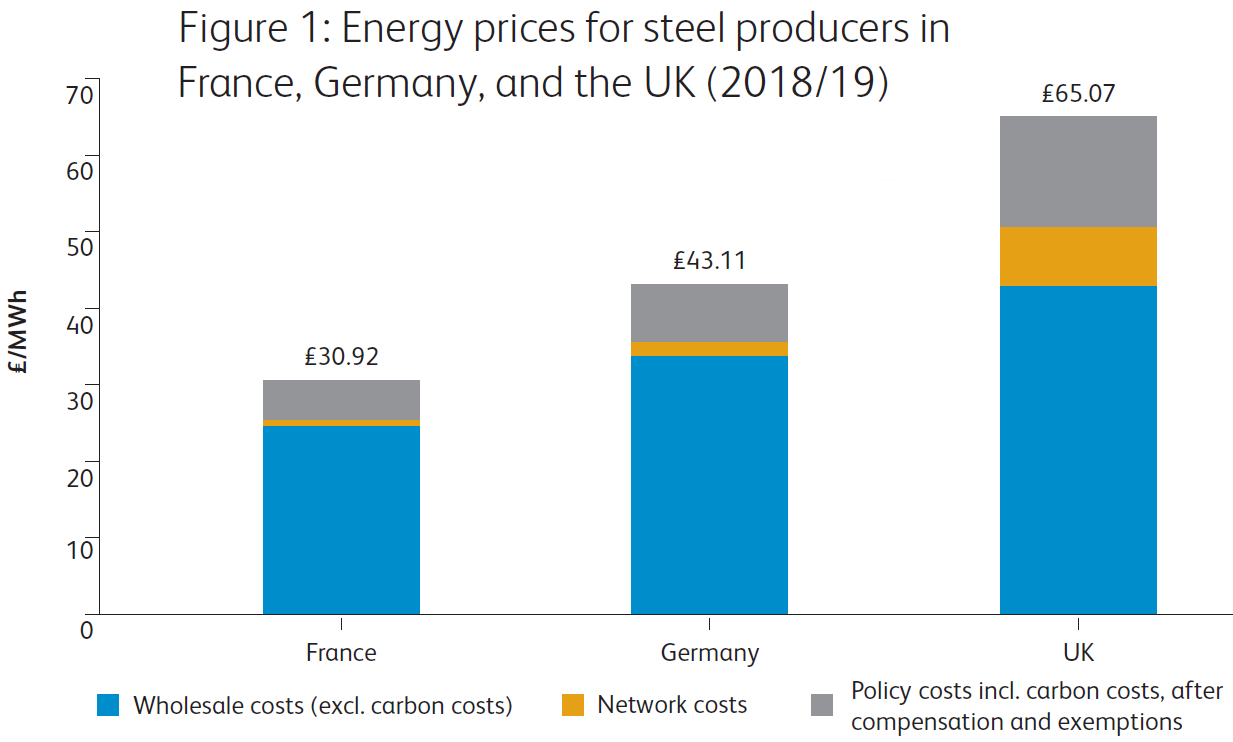 Stace continued: “The direct impact of higher electricity costs is being felt by the steel industry at a time of high market uncertainty with the UK leaving the EU and protectionist tariffs in place in the US.

The price disparity continues to erode the industry’s ability to attract international investment – investments will instead be made in markets with more favourable conditions, further damaging future UK competitiveness.

UK Steel is urging the government to ensure the future viability of the UK steel industry by stepping up and tackling the issue, “matching the confidence and support supplied to industry by governments elsewhere in the EU.”

Specifically, Stace says it must commit to eliminating the disparity over a given time period, track the price of energy for energy intensive users against their international competitors, and match the exemptions and compensations given to steelmakers in France and Germany.

Continued global overcapacity in the steel sector demonstrates the need for effective and meaningful innovation.

Luckily, the UK has led the world in the field of industrial innovation for centuries. It’s a pedigree that is still very much alive today and nowhere more so than in our nation’s foundries.

A recent ‘Innovation Day’ organised by UK Steel demonstrated exactly that by showcasing the dynamic people already driving the steel industry forward and the future opportunities the sector represents through the supply chain.

The UK Steel industry in numbers: