The UK wine and spirit industry is made up of whiskies (other than Scotch), gin and spirits distillers, brewers and winemakers, and they have an enviable reputation worldwide, doing much to add lustre to Brand UK.

Inevitably, however, their fortunes will rise or fall depending on the kind of Brexit that finally emerges. Nick Peters spoke to Miles Beale, chief executive of the UK Wine and Spirit Trade Association about what lies ahead.

Miles Beale: What we’re saying to government, and have been for a very long time, is you need to concentrate on delivering something that has a sufficient transition period to allow us to have no changes at all until there is a new economic agreement in place, a new free-trade deal.

Actually, we think that’s relatively simple in chronological and practical terms. One of the things we focus on is working with brother, sister and parent organisations on continental Europe, big wine-producing organisations and spirits importers, to say we all want the same thing.

We send them mainly spirits, and they send us mainly wine?

Yes, it’s pretty close, between €2.3bn and €2.9bn a year crossing the channel, but in both directions. Our industry is, if you like, an almost perfect example of mutually beneficial trade. It’s been like that for hundreds of years, perhaps thousands of years, long before the EU existed, so there’s no reason for that to change.

Of course, the problem for us is getting caught up in contemporary politics, but as an industry we are very much united – wherever you sit in any of the 28 member states.

In terms of the trade deal that you would be lobbying for, you’re unusually different from the Food and Drink Federation because you don’t want to be in a customs union with the EU. Why not?

If we leave the EU, we want to be able to do trade deals with the rest of the world and set our own tariffs, which we can only do outside the customs union. Wine imports from all international wine-producing nations – except Chile and South Africa, which do have deals with the EU – pay a tariff of somewhere between 7p and 20p a bottle, and we think that could go immediately.

There would be an administrative benefit if we moved to an approach of mutual recognition, which means recognising that domestic laws, inspectorates, health and safety standards are good enough in all of those nations to satisfy us here in the UK, and be assured that it’s safe for all consumers. This would lower costs for all.

English wine growers, most of whom tend to be focused on the South Downs of southern England, must be jumping up and down because they’re been experiencing weather conditions that will produce a magnificent vintage.

Yes, they’re ecstatic; thanks to a very good spring with a nice amount of water, followed by a fantastic summer, perfect for growing the grapes. Of course, it’s not over until it’s over, but it looks like we’re going to have the best harvest on record, in both quality and volume.

In each of the past two years there have been over a million vines planted, possibly one and a half million in the last year, which means that the highpoint of 6.3 million bottles of 2014 looks almost certain to be beaten this year.

Of course, the vines I’m referring to won’t be producing fruit that goes into wine for another four or five years, but the point is it’s been like that for a while. It’s ramping up and it’s certainly going to be 10 million or so by the mid- 2020s – I’m certain.

With the changes to our weather that climate change is bringing about, the French are beginning to hedge their bets by planting and buying vineyards in the South Downs.

Yes, they are. It’s probably a degree hotter both in Champagne and in the South of England than it was 100 years ago, when champagne was beginning to do really well. A century on and we in the UK now have almost the same conditions as Champagne.

We should welcome it because although they may seem to be competing products, they’re not really in competition in global terms; there’s plenty of room for both.

As well as English wine, we have Scotch, beer of course, and gin, which is growing massively as a sector. That’s the upside. On the other hand, consumption of your Association’s products has dropped by 19% in the last 14 years? That’s catastrophic, isn’t it?

The early 2000s in the UK was peak consumption, and probably peak binge as well, by which I mean people were drinking a lot in a short space of time. That’s when ‘alcopops’ were gaining a poor reputation, from which the industry has taken a long time to recover. Fourteen years later, extraordinarily, all my members are doing reasonably well with falling volumes but rising value.

It’s summed up by a word I dislike, but I can’t think of a good alternative – ‘premiumisation’. We really are seeing consumers prepared to pay more money for less liquid, or perhaps the same amount of liquid.

Why? First, it’s the food and drink revolution. I think people really do care about knowing what they’re drinking in the same way that they have been caring about food. There’s been a sea change in the consumers’ approach over the past 15 years.

Second, I think we’ve also seen a bit of pressure from governments, seeking a drop in the volume of consumption – probably with good reason – and I think the industry has responded.

The third and last element is the craft movement, which has worked so well for beer and spirits. Providing something local or something that consumers particularly relate to really works. They can have an affinity with a product or brand that I don’t think you get with other food and drink products.

We even see an echo of it in gin exports. I mean, the Britishness of gin is something that does fantastically well for that industry when you’re looking at exports. So we hope the gin boom in the UK – it’s close to being a £2bn business – can be continued overseas as well. First half 2018 exports were a record £279m. We’re confident we can hit £600m for the year.

Does the growing importance of advanced manufacturing technologies apply in the wines and spirits trade?

What I always find fascinating, which is an incredibly good and poorly told story, is that in 2008 about 276 million bottles of wine were brought in bulk to the UK, about 18% of the total market. By 2017, not quite a decade later, it was up to 645 million or 37% –that’s more than double in less than 10 years. The reason for that is technology.

Transporting in bulk is more environmentally friendly, bottling it here means more jobs in the UK, and you are able to use lighter weight glass, which is more economical. That probably brings us back to Brexit. 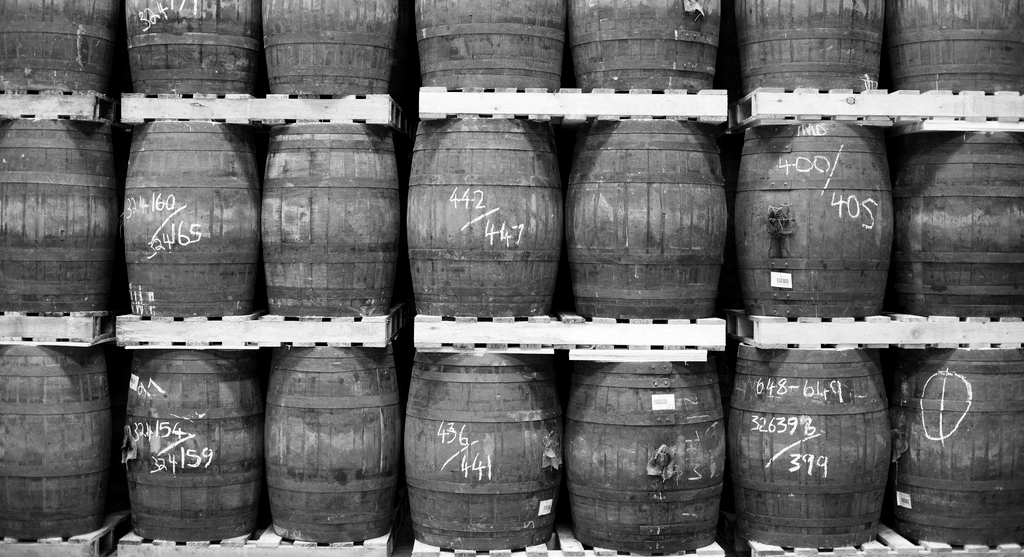 Just over 50% by value of wine on the UK market is from the EU. Why, with all this advance in supply chain technology, could you not have more than 50% coming from other places in the world than the EU, particularly if we’re able to do trade deals with those countries?

In the past six months I’ve spoken to more Australian, New Zealand and South African ministers about international trade than I have British ones; they are very, very keen to see their top agricultural exports do better here in the UK. From that point of view, you can see why we’d like to be outside the Customs Union, and do no-tariff deals with Australia, New Zealand, South Africa, Chile, Argentina and others.

Now, I don’t think that on its own makes it worth leaving the EU, but that particular ship has sailed, so we’re now in the business of working out how we can improve our members’ businesses. We’re looking for silver linings, if you like.

A final point about skills. Everyone in manufacturing is aware of a significant skills gap, one which could be further exacerbated if we leave the EU without a freedom of movement deal. This must be a concern.

We’re particularly worried about seasonal workers – if you’re an English vineyard, you absolutely need seasonal workers. A couple of our members have tried to use UK-based workers and they just aren’t good at picking fruit, and there is no one left from the previous generations who used to do it. We therefore use fruit pickers who come over from mainly Eastern Europe, picking different fruits at different times across the rest of the EU.

It would be very hard to manage without them, but our understanding is that the government is expecting to be able to produce visas for essentially temporary workers, ones who are not going to be here for even half a year.

So, in the medium term we think that the labour situation will be sorted out and there will be a new immigration system that is responsive to business needs, but this is why it is absolutely essential we get a workable transition arrangement agreed in the short term.

Where we are very fortunate is that the UK has more Masters of Wine than anywhere else in the world. Indeed, we are top of the tree in terms of wine education thanks to the Wine and Spirit Education Trust. It is all down to our position as the world’s leading wine trading nation and the world’s leading spirits exporter, and we’ve tried to impress that on the government.

We have even offered to help the government, which doesn’t possess this same expertise, by representing the UK at the World Wine Trade Group, where issues such as mutual recognition are negotiated, but so far have had no response.