Vertical farming: Growing food in the air and the role of big data

Posted on 8 Mar 2019 by Jonny Williamson

The world’s food chain faces a growing crisis from climate change, population growth and the contamination of water and soil via intensive farming.

With insect populations, so vital to plant propagation and fertilisation, also under threat, the planet is heading for a crisis, one that cannot be solved by simply tweaking the existing, creaking system of agriculture. A new type of agriculture – vertical farming – has been developed that offers hope, and food, for the future. And it is all made possible by data and lean manufacturing.

Vertical farming is not a new concept. The theory that food can be grown in large quantities inside tall buildings has been around for decades. Only recently has it become possible at a price point that matches that of produce grown using traditional methods, and that is thanks to the same digital manufacturing technologies that are revolutionising our factories.

AeroFarms of Newark, New Jersey, is a pioneer of aeroponic farming with an ambition to set up vertical farms in towns and cities across the world to meet the growing ecological and human crisis of the next few decades. (Unlike hydroponics, where plant roots sit in a small container of water, aeroponics involves ‘misting’ roots with water and nutrients.)

The technologies that enabled David Rosenberg and AeroFarms to create the food chain of the future inside urban factories were provided by Dell EMC.

Nick Peters spoke to Nigel Moulton, Global CTO at Dell EMC, about AeroFarms and how successful businesses navigate their way on the digital journey:

This story appears in the March edition of The Manufacturer. Be sure to get your copy every month. Subscribe here! 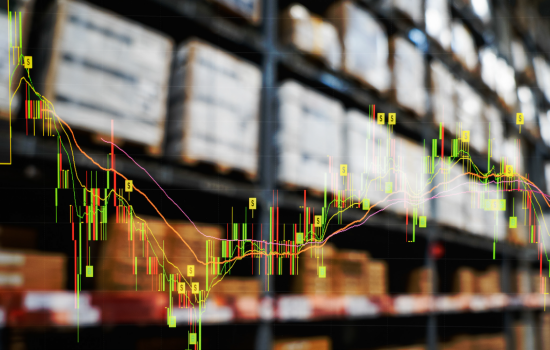