What it takes to become an innovation superpower

Posted on 8 Feb 2021 by Jonny Williamson

COVID-19 demonstrated manufacturing’s inherent strengths and businesses are rightly proud of what’s been achieved. However, the lessons learnt around collaboration, the role of technology and the importance of a unified goal must be heeded in order to maximise the opportunity.

Britain has the potential to be at the forefront of world-class manufacturing, particularly in regard to innovation, but only if it builds on its strengths, skills, heritage and willingness to respond and adapt to new challenges.

That’s the belief of Dr Clive Hickman, Chief Executive of the Manufacturing Technology Centre (MTC) and head of a new commission tasked with leading the resurgence of industry in the Midlands.

What is the Midlands Manufacturing Resilience Commission?

Launched in June 2020, M2R was established to help lead the resurgence of industry in the Midlands.

By reviewing the manufacturing landscape post-COVID, the commission hopes to inform the creation of a wider Midlands’ industrial strategy and develop recommendations to increase the region’s manufacturing resilience and its subsequent economic impact.

Due to its ideal geographic location, industrial experience and diverse industrial base, the Midlands has the potential to become the UK’s manufacturing ‘engine’. In recent years, the region’s tech ecosystem has been booming; in Birmingham alone, tech jobs account for more than 20% of total employment. 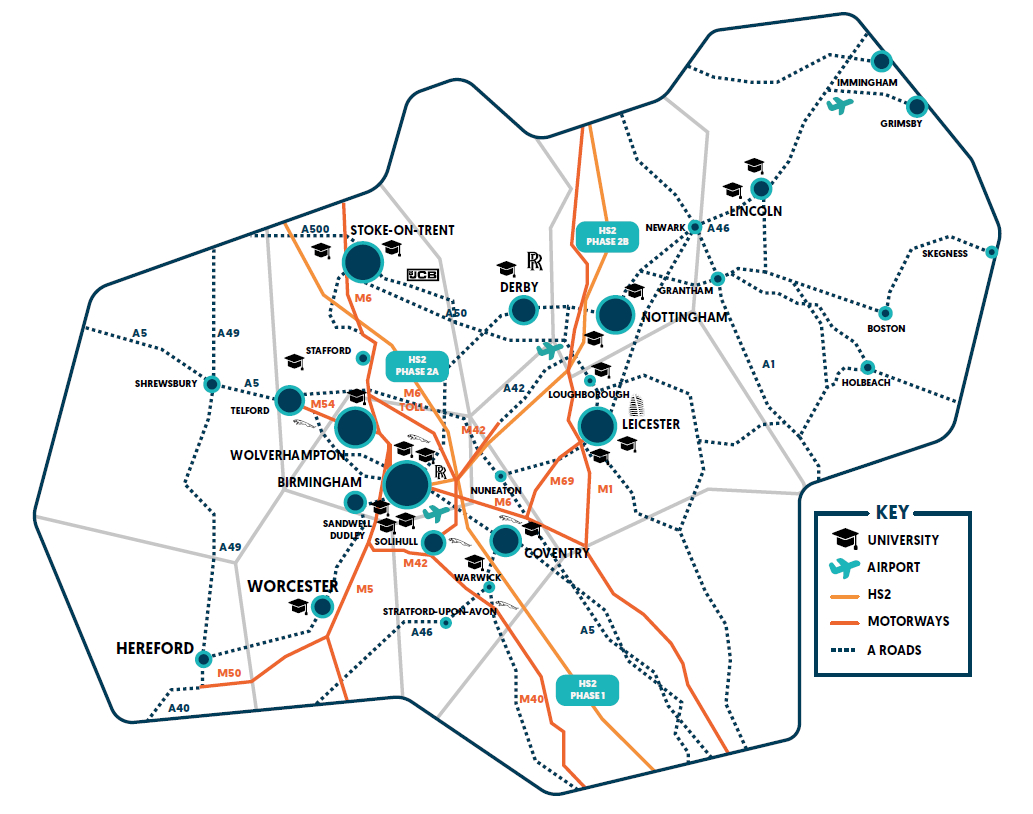 In order to build on this and secure prosperity for the region, more public sector support is required. The M2R Commission recently published a report which introduces a roadmap the government can follow to build resilience in the region and the UK as whole.

Jonny Williamson sat down with Clive to learn more.

Your mission statement of ‘Britain becoming a world leader in innovation’ is often voiced by research organisations, trade bodies, government ministers and the like. But what does it actually entail? 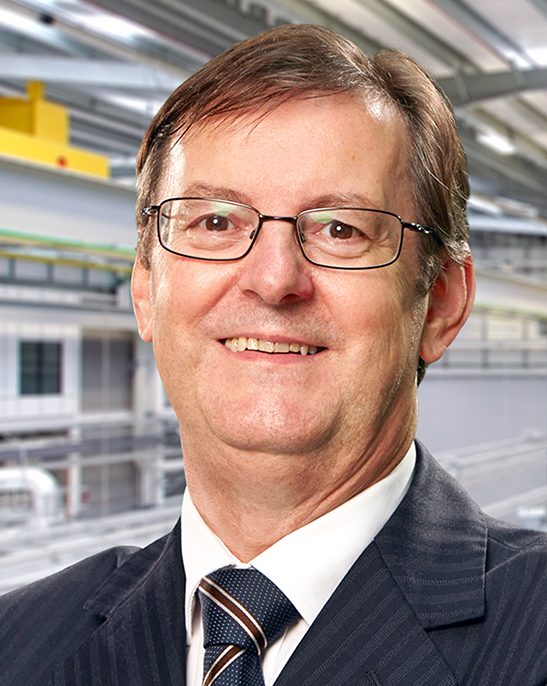 Clive Hickman: When I look at investment in R&D, I see a massive investment by the government in the ‘research’, but not the ‘development’. Britain is really good at coming up with great concepts but often struggles to fully capitalise on them.

The lithium-ion battery, for example, much of the research was conducted by Oxford University and yet, until very recently, we never made any.

The reason why is the gap between research and application. Innovation is taking the research through the continuum of development to a point where it can be manufactured. That’s a weakness Britain must overcome.

In fact, if you look at what’s happened due to COVID-19, progressing from a potential shortage of ventilators to manufacturing 13,500 in just 12 weeks was made possible in large part because we applied an innovative spirit.

The Manufacturing Technology Centre, for example, was approached by Barts Health Trust to help solve a major challenge faced by frontline caregivers, namely how close they had to get to intubate and extubate a patient. 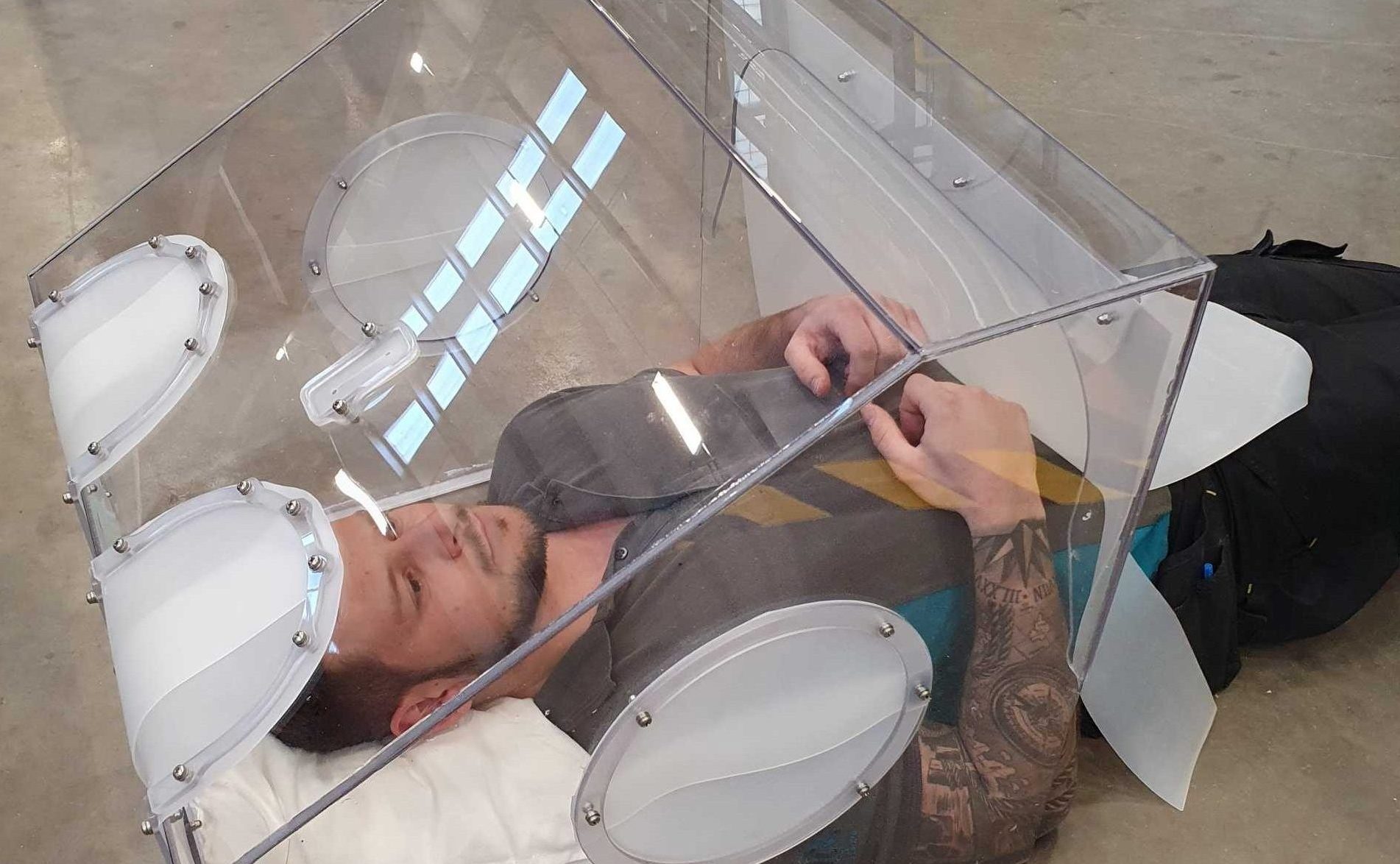 In less than seven days, our engineers prototyped, developed and delivered a rapidly scalable new intubation shield which addressed the issue. The UK absolutely has the capability to be agile and responsive, we just need the mindset and tools to harness that capability.

On the topic of tools, your report says that digital industrialisation could be worth as much as £455bn to Britain’s manufacturers over the coming decade. Yet, as a nation, we are failing to capitalise on the opportunity. What do you mean by that?

As the report says, despite some pockets of strong digital adoption, the UK performs poorly in areas such as the integration of information systems across the value chain, deep business process transformation and the adoption of robotics.

Britain has progressively decreased its level of unemployment to achieve one of the lowest levels in Europe. That’s great, but we need to then bring in tools to support those workers and help them become more effective, engaged and rewarded. We were starting to do just that pre-COVID and we need to swiftly get back on that journey.

We’re not talking about overnight transformations or having to invest massive sums of money; just introducing some fairly simple, inexpensive digital tools into your factory environment starts to generate significant improvements in terms of productivity and efficiencies. 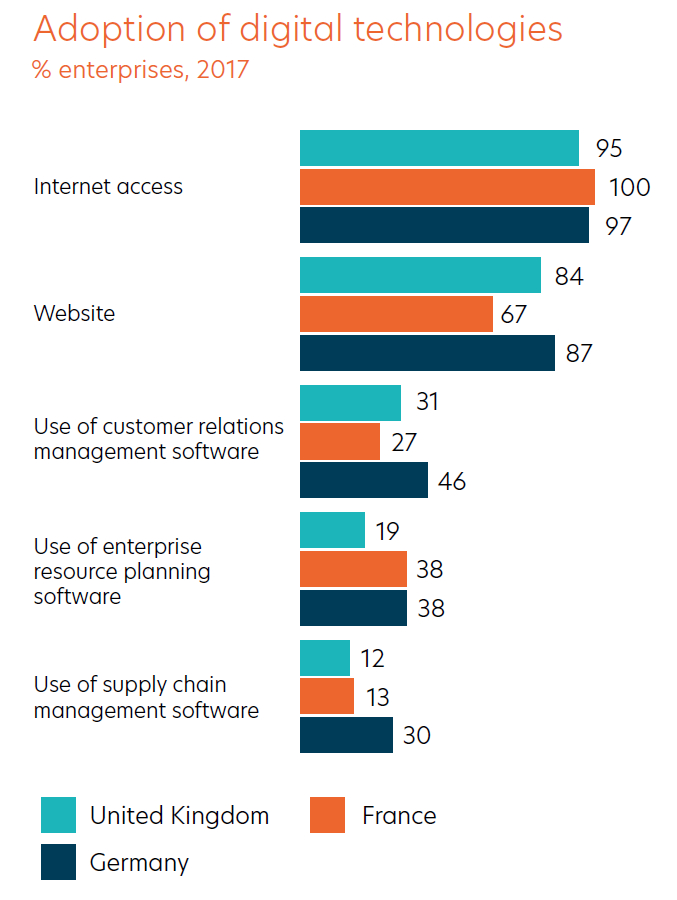 Several of the SMEs we’ve worked with have seen a doubling of their output without any major investment in new tools. It’s about identifying where the bottlenecks are in your business – often where you’ve got capacity but you’re not using it correctly – and optimising the performance of a machine or assembly line accordingly.

A key part of the digitalisation message is that this isn’t about removing workers, quite the opposite. One company was very concerned about potential job losses as a result of digitising the metrology side of their business. However, addressing that bottleneck increased the amount of work the business could take on and directly led to additional workers being taken on.

It’s so important that when you introduce new technologies and processes you also introduce a corresponding programme to upskill and reskill workers. If you just bring in the tools and don’t consider the impact on your people, you’re going to run into problems.

There are many things Britain can do to improve the speed and the scale at which it implements advanced manufacturing technologies, several of which are detailed in the M2R’s Manufacturing Confidence report.

There are many recommendations we could make, but we’ve picked 12 that we think will deliver tangible benefits. The momentum created by addressing this first wave can then be used to implement future recommendations. 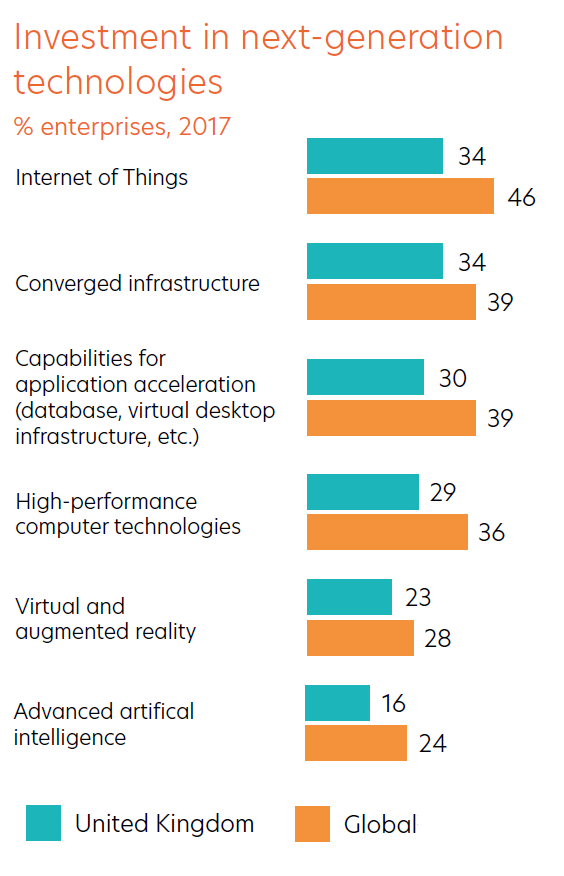 Everybody who’s spoken to me about the report says we’ve hit the nail on the head, which is all well and good, but now we’ve got to drive it home. That can only be achieved if we stop talking and start acting. This report has got to be a living thing, it can’t just sit on a shelf gathering dust.

We’re establishing a supervisory board and an action team to explore exactly how this first wave of recommendations can be implemented, some of which will need government support, but several are in our own gift to do.

For example, one of our recommendations is to create an internship programme to provide one-year placements for graduates into SMEs. This would offer headroom for the business leaders to think strategically as well as operationally, for them to work ‘on the business’ not just ‘in the business’. It would also provide vital industrial experience for graduates at a time when employment opportunities are scarce.

How does MR2’s work differ from that of say, the Catapults, the KTN or Made Smarter?

We’re trying to have a broader scope. The Catapults, Innovate UK, the KTN, the universities, they all play an integral part; but we’re a bit disparate and tend to work in isolation. A key driver of all this is consolidation, operating in a more unified manner and integrating some of these activities together.

What’s next for M2R?

Our Commission is intended to be dynamic, creating actions and responsibilities to respond to the recommendations. Our researchers are now working on the implementation plans which will be launched over the next few months and the Commission will report progress against the recommendations in the spring.

We will continue to seek input to build our regional manufacturing resilience and bring forward further recommendations and implementation plans following a positive review of this first wave.

We haven’t set a deadline. It’s one of those problems where we don’t even know what the question is, let alone the answer. We want to see progress and I would hope that within six months, several of these recommendations will have been implemented, maybe not fully but in such a way that makes them sustainable.

We’ve been taking it one step at a time. In 2020, there’s been a lot of change that we’ve all had to respond to. For 2021, we need to start driving the change, to shift from being in reactive mode to being far more proactive.

Who is Dr Clive Hickman?

Dr Clive Hickman has been Chief Executive of the Manufacturing Technology Centre for 10 years. Previously he had more than 35 years’ experience in the automotive industry culminating in the position of head of engineering for Tata Motors in India. He also established the Tata Motors European Technical Centre Plc in the UK.

He began his career as a senior engineer with the Rover Group before becoming Engineering and Group Operations Director at MIRA. He subsequently joined Ricardo Plc where he held a seat on the board and was Managing Director of Ricardo UK Ltd.

*Header image courtesy of Depositphotos; all other images/graphs courtesy of M2R and MTC.