Posted on 9 Aug 2019 by The Manufacturer

Comarch, a global provider of innovative IT, explores the current landscape of standards used in the Electronic Data Interchange and determines whether the XML format will become the world’s de-facto standard format.

Electronic Data Interchange came onto the scene in the 1960s, enabling companies to standardise and digitise their customer or supplier communications, such as purchase orders and invoices.

The most common EDI standards include:

Technologies come and go, yet EDI still prevails as the preferred solution for exchanging B2B transaction data, with companies around the world using different EDI standards to fulfill their requirements and, crucially, to ensure interoperability between business partners.

To answer whether XML will become the EDI standard, lets look at the adoption rates of various different standards.

According to the Implementation of GS1 EDI Standards in 2018 report, the adoption of GS1 XML standard grows year on year: 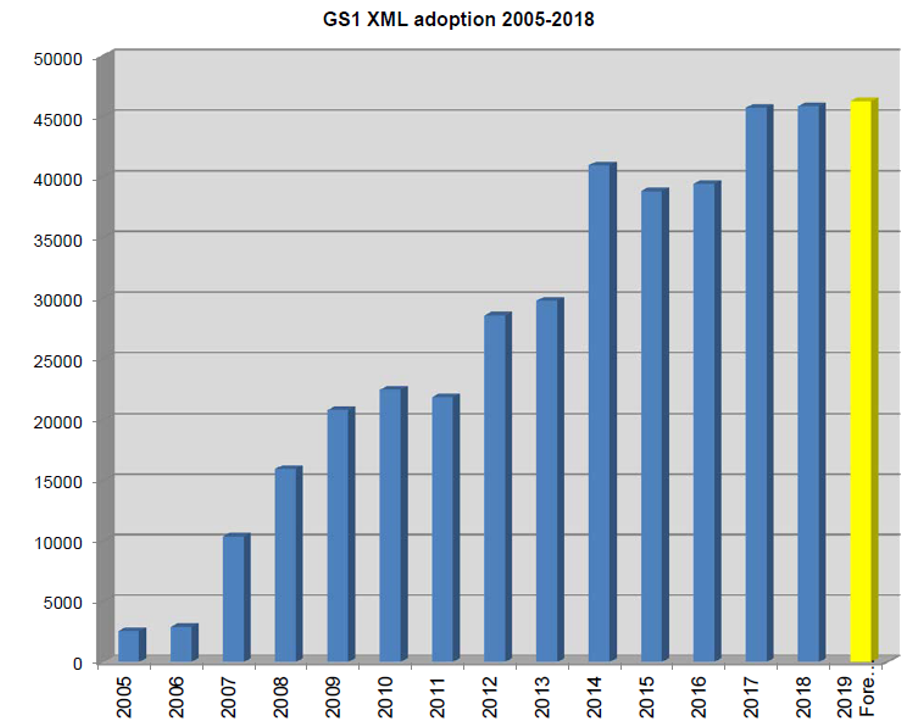 The report also shows that the adoption of GS1 EANCOM standard is on the increase: 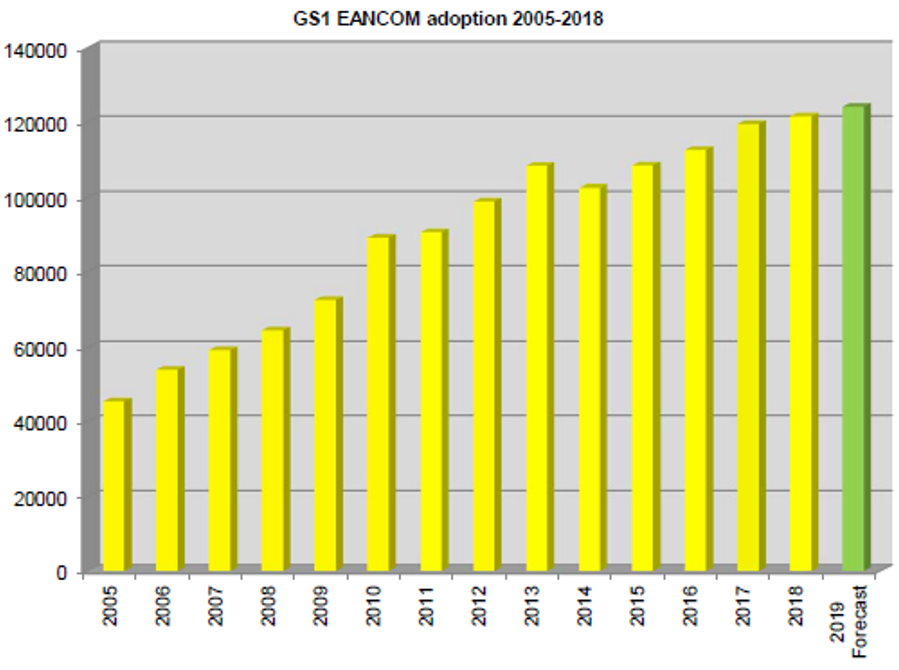 The graphs above show that both EANCOM and XML adoption is growing. Furthermore, this growth is comparable, as demonstrated in the graph below where the yellow line is GS1 EANCOM and the blue line is GS1 XML: 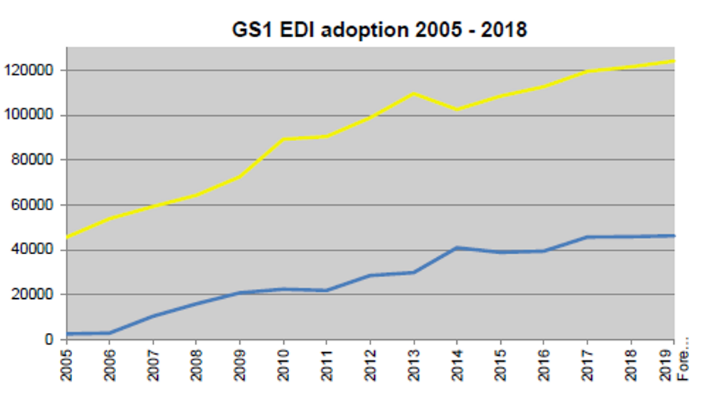 So, will XML become the EDI standard?

XML is becoming increasingly popular and is often the standard when it comes to the native language of applications such as ERP, TMS, WMS and accounting systems. Equally, XML adoption is growing in the field of EDI, growth that we foresee continuing for the foreseeable future.

However,at this stage we would not say that XML is going to be the standard for Electronic Data Interchange.

There are many different standards in use around the world, with sector specific standards (like GS1 standards for retail, or VDA for automotive) constantly being developed. What’s more, they guarantee a standardised interoperability between business partners which is the main principle of the EDI.

Tomasz Spłuszka graduated from Cracow University of Economics with specialisations in Economics and International Relations.

He has been working for Comarch since 2006, when he began his career as Key Account Manager in the Business Services Unit. In 2007, he was promoted to Business Solution Manager in the Comarch E-invoicing Business Unit.

In his current role as Consulting Director of Comarch E-invoicing department, he is responsible for international operations.