Today, many people who are interested in computer technology and communication have heard about such a popular technology as VPN.

However, most articles describe the subtle nuances of technology, which are often not understood by less experienced network users. This article will help you understand the basics of VPN technology for business.

The VPN abbreviation stands for Virtual Private Network. This technology is designed to organize the internal network within another network while ensuring reliable protection of all data transmission between users. You can find the descriptions of various types of VPN services on Cooltechzone. Typically, the base network for a VPN is the Internet.

In order to imagine the meaning of technology, it is enough to take any company that has a main office and several branches in different parts of the city or even in different regions of the country. Each branch has its own local network for data exchange. At the same time, data transfer between branches is carried out through public and unprotected channels. Agree that it is not only inconvenient but also dangerous to transfer confidential and personal data through a common network. VPN technology allows you to create a virtual network between all offices, which will transmit information in encrypted form.

But What about Cable Bonding?

As a rule, such a solution seems possible. It is enough to stretch the cables between all branches of the company, and you will get a real shared local network. This method is perfect if all parts of the network are next to each other, however, if your offices are located in different parts of the city or different cities, then you will need not only kilometers of expensive cable but many different permits that will require from you a lot of time and resources to receive.

Use of the Internet Provider Network

This method is quite popular among large companies, but it is completely unsuitable for small and often medium-sized businesses. The fact is that the rent of such lines is extremely expensive and the necessary security of the transmitted data is not ensured. 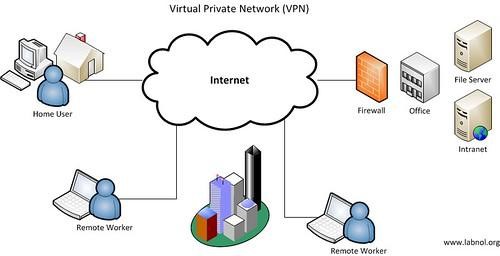 When merging local networks into a common VPN network, you can get a fully functional common space at minimal cost and a high level of protection. To create such a network, you will need to install a special VPN gateway on one computer from each segment, which will be responsible for transferring data between branches. Information is exchanged in each branch in the usual way, but if it is necessary to transfer data to another part of the VPN network, they are sent to the gateway.

In turn, the gateway processes the data, encrypts it using a reliable algorithm, and sends it to the target gateway at another branch via the Internet. At the destination point, the data is decrypted and also transmitted to the destination computer in the usual way. All this goes completely unnoticed by the user and is no different from working in a local network.

Submit a press release to The Manufacturer.