£1.3m project investigates if robots can be used to build lasers

Experts at the new National Robotarium in Edinburgh and their industrial partners have launched a £1.3m project to work out if robots could be used to help humans build lasers.

Manufacturing lasers is a lengthy and delicate process, with individual components aligned step-by-step as each device is assembled.

Currently, the process requires dedicated manufacturing lines, which makes it difficult and expensive for the companies that produce lasers to respond quickly to changes in demand from their markets.

The new three-year project, funded by the UKRI Engineering and Physical Sciences Research Council (EPSRC), aims to discover if robots could be used to carry out some of the most repetitive and time-consuming assembly and alignment steps in the manufacturing process, which would then free up humans to concentrate on the important testing and quality-control steps. 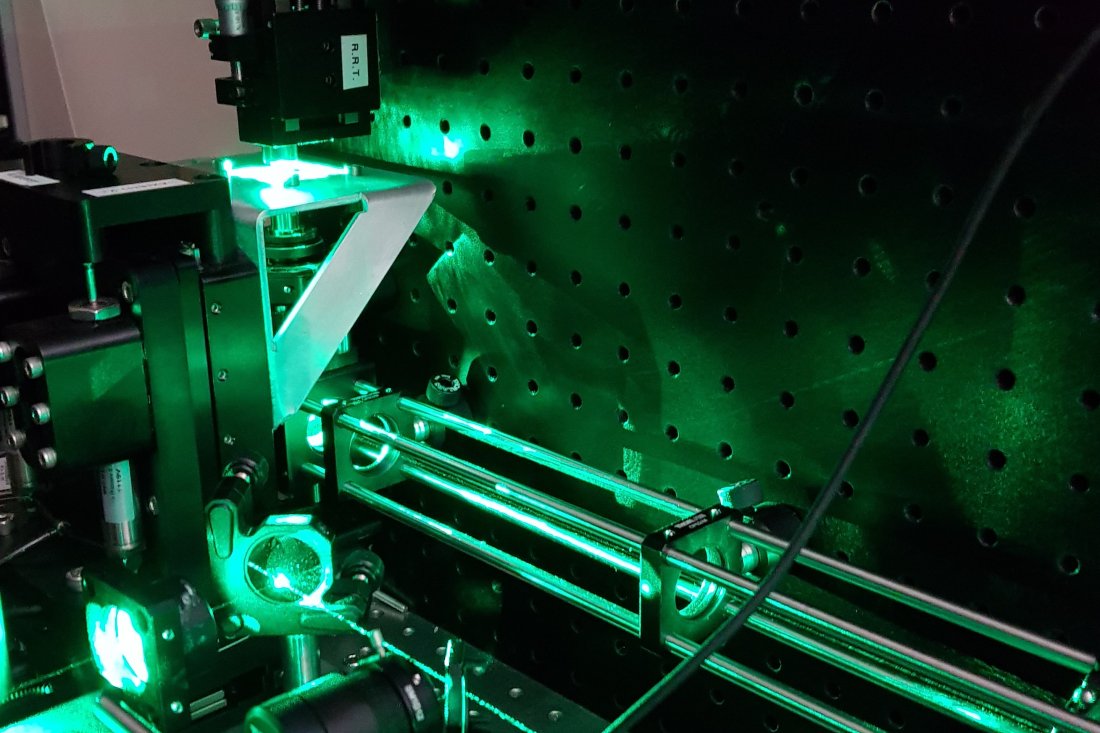 Announcement of the groundbreaking research project comes as the National Robotarium officially opened the doors to its new state-of-art £22.4m facility in Edinburgh on 28 September, 2022. Utilising expertise from both Heriot-Watt University and the University of Edinburgh, it is the most advanced centre for robotics and AI in the UK and houses extensive world-class facilities for researchers and businesses.

Lasers will play an important role in the newly opened facility – the site has a dedicated laser laboratory, and its projects include developing robots that will use the devices across a wide range of applications, from remote sensing for agriculture through to diagnosis and treatment in medicine.

Researchers from the National Robotarium will be joined in their laser project by industrial experts from optical components manufacturer Gooch & Housego, aerospace giant Leonardo and laser maker Luxinar.

Project leader and ultra lab lead at the National Robotarium, Dr Richard Carter, said: “This project will push our understanding of robots’ capabilities to the limit.

“No one knows if robots will be capable of carrying out such complex and intuitive tasks, and so we’ll be working with experienced personnel from throughout the industry to find out.

“Making lasers is a delicate and highly skilled job, with many repetitive steps to make sure each component is aligned as it’s assembled into the device.

“If we can design robots that can carry out many of those repetitive steps then we will be able to improve the quality of the jobs for the talented experts who make these lasers and free them up to work on the important testing and quality assurance steps in the process.”

Dr Carter added: “One of the activities we’ll undertake during this project is to film experts assembling lasers and then ask them questions about what they do at each step.

“So much of the manufacturing process is down to human intuition and experience, and it’s really difficult to teach those factors to a machine.

“If we can develop robots and control systems that can carry out these tasks then the results will have applications in other fields too.”

News of the new project comes as the National Robotarium prepares to take part in the Scotland Automation & Robotics Show at the Scottish Event Campus in Glasgow on 13 October, which forms part of the wider Scottish Manufacturing & Supply Chain Conference & Exhibition.

Watch how the UK’s leading centre for Robotics and AI will make a global impact: