Govt must legislate against ‘rampant’ greenwashing to avert catastrophe

Urgency around the green agenda has in recent months escalated, and with people from all walks of life scrambling to ensure their carbon footprint is reduced in line with intergovernmental treaties, the pressure on energy-intensive industries to fall in line is rapidly increasing too.

Amid the effort and confusion, the phenomenon of ‘greenwashing’ is growing – where some may knowingly or unwittingly publish misleading information about how environmentally sound their processes really are.

Dr Anthea Blackburn, senior scientist at Econic Technologies, explains how government must play its part to ensure companies ‘ride the green wave’ and avoid being lost in the green wash.

With just 12 years to prevent a potentially catastrophic 2°C increase in global temperatures, the tide of public opinion has decidedly shifted. Consumers, investors and businesses the world over are aware of the urgent need to act and are taking steps to minimise their environmental impact.

This green wave is enveloping almost every industry worldwide. Unilever, for instance, has reduced its carbon emissions by 39% per tonne of product manufactured since 2008, while L’Oreal and Pepsi are working towards using 100% reusable, recyclable or compostable packaging by 2025.

The message from consumers is just as clear. A report by Nielsen found that 66% of global consumers say they are willing to pay more for sustainable brands.

But amid the drive towards sustainability, a new problem has emerged in ‘greenwashing’: the practice of making false or misleading claims about the green credentials of a product or service.

Whether intentional deception, or innocent mistake, greenwashing risks the fantastic efforts of companies and consumers to reduce their environmental footprint being undermined – and with the head of the International Accounting Standard Body (IASB) describing greenwashing as “rampant”, this is by no means a minor problem. 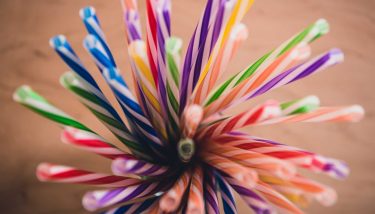 Starbucks, for instance, introduced ‘sustainable’ straw-less lids – a response to growing public calls for a ban on plastic straws – which actually contained more plastic by weight than the old straw and lid combination.

Elsewhere, EasyJet fell foul of the Advertising Standards Authority (ASA) when it transpired that its claims that its aircraft emitted 22% less CO2 than other aircraft on the same route was based on emissions per passenger, deeply misleading given EasyJet aircraft was larger than its competitors.

Much of the issue is tied up with the fact that the public often receives mixed messages from companies and the media – a problem exacerbated by the fact that many ‘green’ technologies are not widely understood. To make matters worse, there is currently no single watchdog to help weed out the truths from the misinterpretations and lies.

Of course, any company that wants to claim commercial benefit from the (perceived) sustainability of their products, must be able to substantiate or validate these claims, but without governmental regulation, there is no way to actually prove these claims.

The time has come for governments to sit up, catch up, and legislate, otherwise there is no basis to prove green credentials. The fog won’t clear itself.

There are a number of measures governments could introduce, but perhaps it should start by requiring any manufacturer that claims its products are ‘green’ to publish a publicly available Lifecycle Assessment (LCA).

At present, there is no requirement to do so and without a clear, government-backed benchmark for determining the sustainability of a product, we can expect consumer confusion to continue.

Ultimately, it would be up to the government to determine what should be included in an LCA, but it is essential that the assessments do not just focus on the usable life of a product, but its end-of-life treatment must also be considered.

If something is marketed as green, but there is no way for it to be disposed of in a green manner, then its benefits are insubstantial.

Imagine how helpful it would be for consumers if products had a clear ‘green’ rating, demonstrating precisely whether something is a net consumer or generator of CO2, or the quantities of bio-based products it contains. Out of the current fog of confusion and misinformation, consumers could make informed choices.

Looking beyond the end products to the technologies that actually manufacture them, there is not one single technological innovation that holds the key to unlocking the problem of climate change.

Rather, there are a vast range of technologies that may be employed, which are both sustainable and offer solutions to the climate crisis that we currently face. 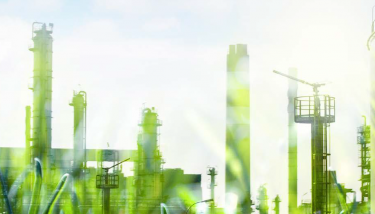 Again, improved regulation of these technologies from governments would allow for the promotion of certified sustainable technologies, without them being washed out by the fakes.

Furthermore, introducing incentives to adopt these technologies, such as the introduction of carbon taxes or emissions trading, could help to accelerate the uptake of sustainable technology in traditionally conservative industries.

These approaches would both reassure consumers and ensure the fantastic steps many have taken to drive forward sustainability do not result in inadvertent missteps.

We need businesses to successfully ride the green wave, not be drowned in the green wash. And where confusion runs riot, it is incumbent on governments to cut through the fog of confusion.

Unless we tackle greenwashing head on, the drive to successful sustainability could be severely undermined.