5G farming: The challenges of being rural

Dairy farming has formed a vital part of agriculture for thousands of years, but as milk prices remain volatile and dairy farmers look to more profitable enterprises, the industry faces an increasingly uncertain future. What could be the resolution?

I grew up on a dairy farm in Somerset that no longer produces milk. My dad was a third generation farmer and worked until profits became so “minimal, even negative” it made sense to sell the hundred or so herd and try something different.

However, to the South West of England, the dairy industry remains a very important sector. It is home to more than 38% of England’s dairy cows that produce over 3.3 billion litres of milk every year (NFU). The South West’s economy needs dairy, and dairy needs the South West’s resources.

But dairy farmers have and continue to face frustrations, margins on milk are abysmal, resulting in low profits and subsequently a lack of investment in infrastructure. This has resulted in dairy herds in the region declining in number, but remaining farms growing in size.

‘The Future of Food 2040’ was recently published by the National Farmers’ Union (NFU). It reports that robots, virtual fencing and quantum technologies could be the answer to improving productivity and profits, and become an everyday part of the British farming landscape in decades to come.

The South West Dairy Development Centre in Somerset aims to offer a platform for industry to trial and review new technologies for the benefit of dairy farmers throughout Britain.

Duncan Forbes, Agri-EPI Centre project manager, sat down with The Manufacturer at the Somerset site. He explains that the dairy businesses of today need to be resilient enough to deal with unstable milk prices at times, and that integrating advanced technology should aid farmers to have this resilience.

“There is a huge challenge not just in dairy farming, but across agriculture. The Agri-EPI Centre has become part of the research for the internet of agricultural things (IoAT) which is transforming farming.

“Currently, there are around 23 million connected sensors across the world in agriculture, but in less than ten years there is predicted to be over ten times that. There will be massive data flows and the potential for chaos, but if it is managed properly there are so many opportunities,” he adds.

Forbes explains there is now a greater need for precision in farming in order to optimise profit margins. “Dairy farmers must now measure things in ways traditional farming methods never did. Once you are able to do that, you can analyse, gain insight and manage data, then that process needs to be taken one step further and automated.”

If the cow is milked, the robot knows how much milk it is expected to give based on previous sessions. The robot arm attaches to the udder using its five electronic eyes and map which remembers where an individual cow’s teats are positioned. It then measures the milk from each quarter, its colour, temperature, flow and quantity, and this is all recorded and logged.

“With a robotic system the cows are likely to give more milk because they choose when to be milked, this increases productivity and therefore profit. They get milked more frequently than they would in a traditional twice-a-day system – here the average is 2.7 milkings a day.”

Hyperspectral imaging collects and analyses visual information with the purpose of finding objects, identifying materials, or detecting processes. Forbes explains that it is to be used in “precision grazing” at the centre.

“Precision grazing means giving cows a very specific area of grazing every day which meets their exact requirements. Every herd needs a certain amount of grass and that needs to be measured accurately.”

Opposed to using feed, grazing cattle can provide the most cost-effective way of feeding dairy cows, but it can be difficult to implement particularly for robotically milked herds.

He adds, “Hyperspectral imaging would inform how much grass there is in an area and its feed value. Here there will be three zones; A, B and C, the cows will get a measured paddock in a zone for eight hours. After this period, the grazing gate will direct them to a measured paddock in the next zone.”

There are three sensors on each cow at the South West Dairy Development Centre. Forbes says, “Underneath the cow’s collar there is the green transponder, and that is read by the sensors as she moves around the building. The sensors are consistently measuring and monitoring.

“The second is a SmartBow tag in the ear that monitors activity levels. The third is the Afimilk sensor, also located on the collar and that is known as the ‘silent herdsman’. A good herdsman can see everything these sensors are monitoring, but they can’t be awake and watching every cow 24/7 – that is what the technology does.”

One example of an action the sensors measure is rumination. Forbes explains that if the rumination rate varies much from normal – this difficult to notice visually – then that could be an early indicator that there might be a problem.

The next generation of mobile signals is looking to be radically different to the current generation. One of the key things it could offer, is faster and more flexible connections.

The centre also forms part of the 5G RuralFirst project, an initiative led by Cisco alongside the University of Strathclyde and a consortium of other partners from across business, government, and academia.

Its goal is to create rural testbeds and trials for 5G wireless and mobile connectivity across three main sites; the Orkney Islands, Shropshire, and Somerset. These sites were chosen as they suffer from poor connectivity, and so it is imperative that this connectivity challenge is overcome when 5G is rolled out.

He explains, “At the moment, all of the data from these sensors has to go into a system/pc onsite here before it can go into the cloud. 5G will allow this to be remote, the data could go straight from the sensor to your smart device.”

This centre showcases the potential for technology within dairy farming. Forbes explains when farmers visit, see the facility and realise the increases in productivity and profit they could achieve, they are surprised and “amazed”.

The biggest hurdles farmers now face is likely to be investment in this infrastructure and also implementation. Any downtime in farming could be detrimental to herds, milk production and also profits. This is something, particularly small farmers, simply can’t afford.

However, as technology becomes more mainstream, Forbes explains many farmers are now using advanced equipment and sensor technology, cost of equipment and integration will likely decrease.

He concludes, “What we are trying to do is provide a testbed for this emerging technology, but also a demonstration so that farmers can come and see it and understand how effective and easy to use it is.”

Sign up to our newsletter today to receive exclusive IoT insights today!

There are four Agri-Tech Centres (Agri-EPI Centre, CIEL, CHAP, and Agrimetrics) who focus on bridging the gap between industry and academia across different areas of agriculture.

The centres were funded as part of the Agri-Tech Strategy that was launched in 2013 as part of a £150m commitment to UK Agriculture by the Department of Business, Energy and Industrial Strategy. Of this, £90m was set aside for the centres and to fund specific infrastructure improvements. Funding is directed through Innovate UK. 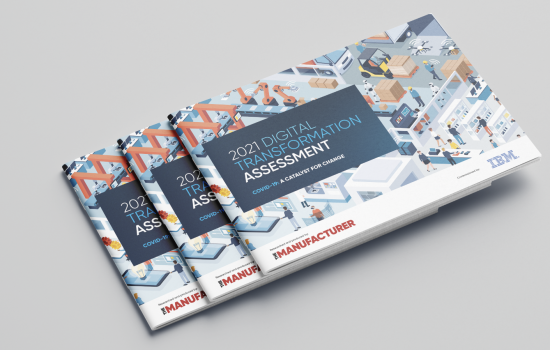