A smarter future in a digital world

An overview of the thoughts and discussions raised during an exclusive roundtable event hosted as part of The Manufacturer Directors’ Forum and leading provider of information technology, consulting, and business process outsourcing services, Cognizant.

On March 16, a select group of senior decision-makers, representing a cross-section of the UK’s manufacturing industry, debated on how to capitalise on the wealth of opportunities offered by smart technologies and practices.

Henry Anson, Hennik Research sales director, gave a brief introduction by stating that he saw embracing Industry 4.0, characterised by the interconnection of highly intelligent cyber-physical systems, as an opportunity for the UK to leapfrog the competition in continental Europe.

However, Anson warned that the nation ran the risk of falling further behind, should the opportunity go unheeded.

Hodgetts quickly got to the heart of the matter saying that BIS and its Secretary of State, Sajid Javid MP, believed “whole-heartedly” in Industry 4.0 and its benefits; however, the absence of a common language placed a very real limitation on driving widespread adoption.

From a government perspective this issue is particularly problematic, requiring a robust framework to create a long-term Industry 4.0 strategy of support and investment. 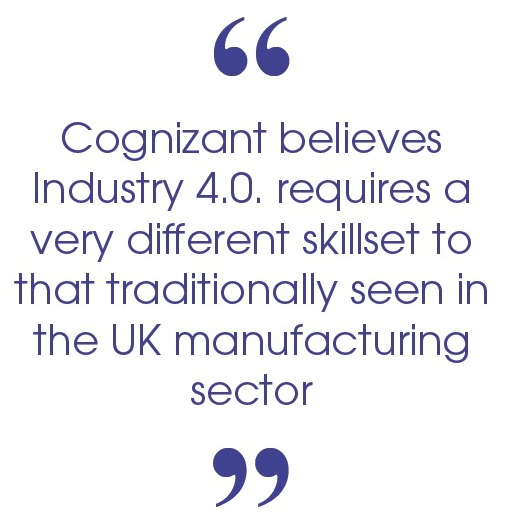 Several of the points that Hodgetts had made many around the table pause for thought, especially the prospect of how could the Government better support innovation and new manufacturing models, and what could happen should the incorrect strategy to Industry 4.0 be adopted by both Government and the manufacturing community?

Against this backdrop, there was a palpable buzz of positivity throughout the ensuing discussion, with those around the table who were aware of Industry 4.0, as well as, those feeling a sense of enthusiasm about what it represented.

It was felt, however, that this positivity potentially is not indicative of the wider UK manufacturing community.

According to one speaker, too many still subscribed to the fear that increased connectivity, cloud computing and the Industrial Internet of Things (IIoT) will automatically put data security at risk, and are unwilling to acknowledge the rewards such technologies create, focusing purely on the potential risk.

One delegate went so far as to predict that manufacturers’ ability to collect, analyse, move and evaluate data would drive growth in the future; adding that greater connectivity was a precursor to the IIoT and, ultimately, Industry 4.0.

Another attendee added that industrial companies need to move away from a historical perspective of seeing value in the raw materials and physical knowledge, and alternatively, grasp the value of the intelligence, such as data, that resides inside products and the company itself.

For any discussion covering data analytics, connected technologies and smart manufacturing processes, there is a risk of alienating those who are less technologically-inclined than others. One delegate offered an example of how to enter this new digital manufacturing age with more confidence.

He described how having someone explain to him that over the past 25 – 30 years, the information and operation of computers had essentially stayed the same; it was simply the processing power (speed) and the ability to gather/store vast amounts of data that had exponentially increased. This helped to reset his perceptions and dispel previously held concerns.

Other potential barriers to investing and adopting smart concepts and processes mentioned included competing priorities and the lack of a strong business case. Both, it was felt, could be issues for small and medium-sized manufacturers.

With digital technologies impacting every aspect of business operations, a lack of ownership about who will drive adoption could also become a hindrance. Depending on where the question is directed, those responsible for an organisation’s Industry 4.0 strategy range from IT and operations, to marketing and the executive team.

The consensus throughout the discussion was dependent on how it was referred to: whether the digitisation of manufacturing, Industry 4.0, connected production or another term of choice, the end result represents a journey, rather than an overnight transformation.

And it is a journey that manufacturers have to embark on. The need for greater agility, speed and responsiveness is constantly growing, largely being driven by the rapidly changing global needs of both consumers and OEMs.

Yet, adoption does not have to be anchored to substantial outlay and investment, with the changes having to be felt by every member of staff and department. 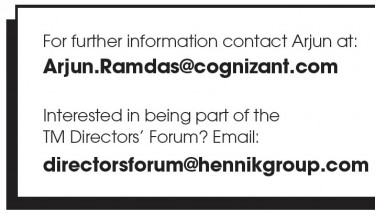 Taking a phased approach, potentially based around a test cell or product line, is potentially more achievable, focused around quick gains to help drive momentum and enthusiasm towards the next step.

Technology developments are now emerging in rapid fire. The upshot for manufacturing executives is to carefully calibrate the speed of change as digital transformations accelerate.

Tackle the transition too fast and leaders risk breaking the company and its culture; taking the shift too slow and the organisation risks being left behind as customer expectations shift or a competitive threat blindsides.

Cognizant believes Industry 4.0. requires a very different skillset to that traditionally seen in the UK manufacturing sector. As well as people who understand the physical aspects of manufacturing, this new world requires connectivity and technology specialists capable of building the infrastructure needed to connect smart products and processes with systems and data specialists.

Software developers will be needed to research, design, implement and test software that improves efficiency and effectiveness. Then there is the data itself with the capabilities needed to analyse it and build predictive models, and to understand this analysis in a business context to ensure it makes a difference.

UK manufacturers can gain massively from the digital revolution, but they need to combine the right skills, culture, processes and technologies.