An insight into the future of making things

Jonny Williamson rounds up the key takeaways from Autodesk University London, which brought together design and engineering professionals from around the world. 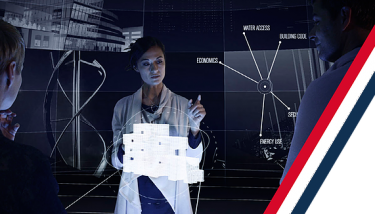 Seen through a British lens, design, manufacturing, and construction have changed with every decade. More than ever, designers must continually innovate to keep up with new demands, using technology to respond to the shifting needs of clients.

The cloud has rapidly advanced computational design and given rise to completely new means of designing products. Design simulation, generative design and reality capture are all being employed to produce better, stronger and more predictable designs.

In manufacturing, additive now complements subtractive techniques, modern materials and composites have become commonplace, and a new breed of self-aware, intelligent robots are tearing up the production playbook.

As sensors become embedded in everything, the Internet of Things (IoT) has begun to trigger a massive influx of data; data which is being harnessed to drive innovation, create and connect ecosystems, and provide substantial new business opportunities.

Construction is leveraging a whole new generation of concrete – from ultra-durable and high-performing, to self-compacting and 3D printed. Bio-inspired plastics are being used to create office blocks and virtual technologies like augmented reality (AR) are being used to monitor and optimise operations.

The landscape of these three industries is being radically transformed, noted Autodesk’s Chris Bradshaw, one in which traditional boundaries are disappearing and industries are converging. Construction companies are acting like manufacturers, and manufacturers are increasingly becoming service providers.

“When you combine, not separate, industries, innovation abounds. We need only look at the global success of Apple’s iPhone, which combines art and science, to understand that convergence can bring about magic; that is the Future of Making Things,” Bradshaw proclaimed.

How is additive driving real innovation?

Manufacturers are focused on three key objectives: innovation, quality and speed to market. This is true if they are producing a consumer product or a piece of industrial machinery. The combination of collaborative design coupled with advanced production techniques not only helps achieve these goals, it also provides a unique opportunity to break away from the pack.

The Port of Rotterdam is the largest in Europe and currently handles more than 460 million tonnes of cargo every year. As such, efficiency and cost effective time management are imperative. However, when vessels come into the port and require maintenance, the downtime can potentially cost millions and take weeks of action to repair.

Compounding the issue is the added expense of having to manage a considerable stockpile of spare parts in either a centralised or disparate warehouse network. To overcome these issues, the Port opened its innovative additive manufacturing field lab, ‘RAMLAB’.

The on-site facility includes a pair of six-axis robotic arms capable of additively manufacturing large scale metal industrial parts, saving time and money without sacrificing precision or performance. RAMLAB has developed, with the support of Autodesk, a hybrid manufacturing approach, which combines both additive and subtractive manufacturing.

This style enables the facility to pursue faster fabrication options: 3D printing large ship components in metal and then finishing the pieces using traditional CNC milling and grinding methods within a matter of days.

The first pilot component, a ship’s propeller, has been made using this hybrid production process, combining wire and arc additive manufacturing. The next step will be a final to-scale version, manufactured and fitted to a ship.

But that is just the beginning. RAMLAB aims to inspire other industries through this point-of-demand printed approach, including oil & gas, transportation and space exploration.

This new landscape may provide an abundance of new growth prospects, yet an equal amount of competitive threats is emerging. The digital disruption which has already shaped the winners and losers of the media and entertainment industries has truly arrived to design, manufacturing, and construction.

Today, success lies in constantly approaching both the evolution of the future and the adoption of technology to realise it. Considering the prevalence of advanced technologies in almost every aspect of our lives, there still exists a level of fear, uncertainty and doubt about what it represents. Martha Tsigkari, of British architects Foster + Partners, offered some reassurance.

“Machines, whether hardware or software, robots or algorithms, are not there to replace human creativity, but rather to complement our human intuition and enable us to push the boundaries of construction, engineering and design.”

Computational design (the greatest evolution of which is ‘generational design’) is being intrinsically used in the way industry professionals go about their everyday. It aids model creation, drawing sheet production and productivity gains, but fundamentally it helps carve out more time for creativity – the ultimate goal for any design department or business.

Tsigkari went so far as to say that without computational design, we wouldn’t be able to handle the design complexities routinely demanded by clients, nor the frequent revisions as a project progresses, in a timely fashion – if at all.

It was mentioned by several speakers that the future doesn’t stand still, the moment one future is reached a new one is created. If today’s future will be tomorrow’s reality, what comes next? According to Autodesk’s Chris Bradshaw, the next wave of innovation is going to be driven by data as the technology platform.

Fuel has always acted as an accelerant to how we make our ideas real. In the past, that fuel has been coal, steam and oil. Now, data has become the commodity being fought over, with the cloud serving as its pipeline. It’s not so much a case of the next ‘industrial’ revolution, but rather the first ‘information’ or ‘digital’ revolution, with a corresponding shift in focus towards amplifying brain power, not muscle power.

However, as we’re often told, data by itself – whether generating internally or externally by an organisation – is relatively worthless. The real value of data can only be leveraged once it becomes information and knowledge

Today, the availability of greater volumes and sources of data is for the first time enabling capabilities in generative design and artificial intelligence. They have remained dormant for decades due to an inability to analyse and utilise all this data. Thanks to the infinite, scalable power of the cloud, those constraints no longer exist; cloud has swiftly changed not only what gets designed, but how.

Previously, high-compute tasks such as computational design, simulation, design optimisation and additive manufacturing were expensive, technically challenging and perhaps accessible only to the few. Cloud has fundamentally rebalanced that equation by democratising access to advanced technology, helping to create brand new ecosystems in the process.

The physical capability of the world’s industrial robots barely changed in decades, and arguably neither did their environments. Robots were typically large, bulky and blind, performing repetitive tasks either in isolation or behind heavy-duty security fences. They were expensive and largely incapable of getting any smarter in regards to either their existing tasks or learning new ones.

Manufacturing assets and processes were rigidly locked down in an effort to protect the sizeable investments placed in them. This equation was balanced through volume, i.e. mass production and economies of scale. Now, that equation is being flipped on its head.

In the same way that design no longer has to remain trapped in the boxes on top of or underneath our desks, production assets and processes no longer have to subscribe to being conditional, conformist, calculated and directive.

The new breed of collaborative robots (‘cobots’) are agile, flexible machines capable of forging a close relationship with humans. Freed from their cages and taught via virtual reality techniques and advanced algorithms, robotic systems have become insightful, intuitive, capable of reason and flexible.

It’s no surprise to see that these are all ‘creative’ characteristics, with the combined abilities offering a tool far more powerful than the sum of its parts.

The age of intelligent machines

Recently, Autodesk introduced its robot – ‘Bishop’ – to the very disorderly world of Lego. The machine was built to have curiosity and designed to let intelligence evolve. Thanks to these cognitive capabilities, Bishop came to understand the he has eyes to see and a hand to grasp, which in turn allowed him to evolve a basic ability to react and respond to his environment.

The next stage in Bishop’s development came via the creation of an artificial world for him to learn in. Engineers replaced what he sees by substituting the optical image for a rendered one made from physical simulations of Lego bricks that correspond to the real world.

Impressively, the Lego bricks can be replaced with anything, allowing Bishop to learn to grasp and assembly any object. Additionally, Bishop is intelligent enough to accommodate any parts which come out of order, rather than having to halt and wait for normal service to resume (typically via human intervention).

Even more exciting, once Bishop has learnt a new skill, the power of the cloud means that all robots have learnt it.

The Future of British Manufacturing is here, are you ready?

Become a member of The Future of British Manufacturing, a collaboration between leading UK industrial organisations focused on increasing the competitive advantage of UK design and manufacturing by removing the barriers to true productivity and innovation. 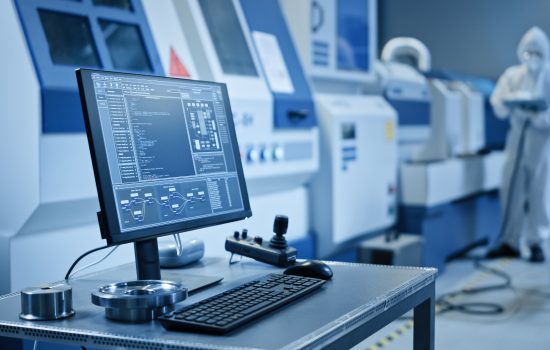