Assessing the developments that could close the productivity gap before 2029

As the UK marks the end of its first ‘lost decade’ of productivity, the imperative for policymakers, business leaders and manufacturers is clear — how do we prevent another one?

UK multifactor productivity (MFP) has grown around 40% in the past 10 years, or a little under half of what was lost after the 2008 crash. If this trend continues, we’ll see a return to pre-crisis levels at some point in 2030. 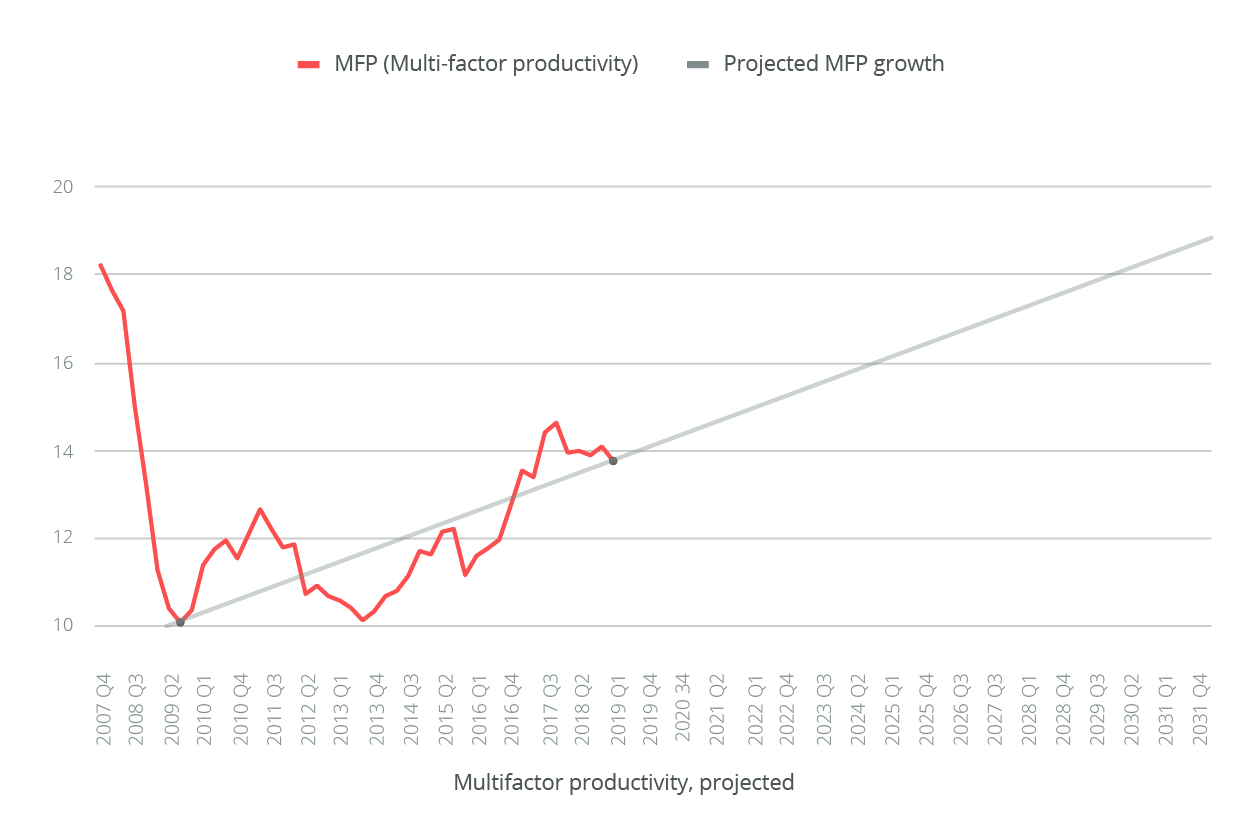 Happily, there are plenty of reasons to believe that this won’t be the case. The first two instalments in our productivity series focused on how our industry can change the situation now. In the final part, released today, we’re looking to the future.

Here are three of the areas we’ve highlighted:

Big data’s fall in prominence as a buzzword gave the impression that businesses big and small had realised the power of insights. But unfortunately, this isn’t the case.

A survey of  Unleashed’s large-scale customers — most of them manufacturers — found that fewer than 10% were using KPIs to measure performance. A recent OECD report states that big data is the digital technology with the lowest diffusion among firms.

The value of insight for productivity and innovation

In the last instalment of our three-part series, we examine why.

Including whether data can close the productivity gap, profiling a company that is using insights well and a closer look at the four-factor method outlined in part two.

Research by Bain & Company, meanwhile, reveals that only 4% of global companies are making good use of analytics. Companies in that 4% are twice as likely to be in the top 25% of performers in their industry.  They also tend to make better decisions — and make them faster — than their competitors.

According to research by McKinsey, advanced analytics can grow margins by as much as 10%. 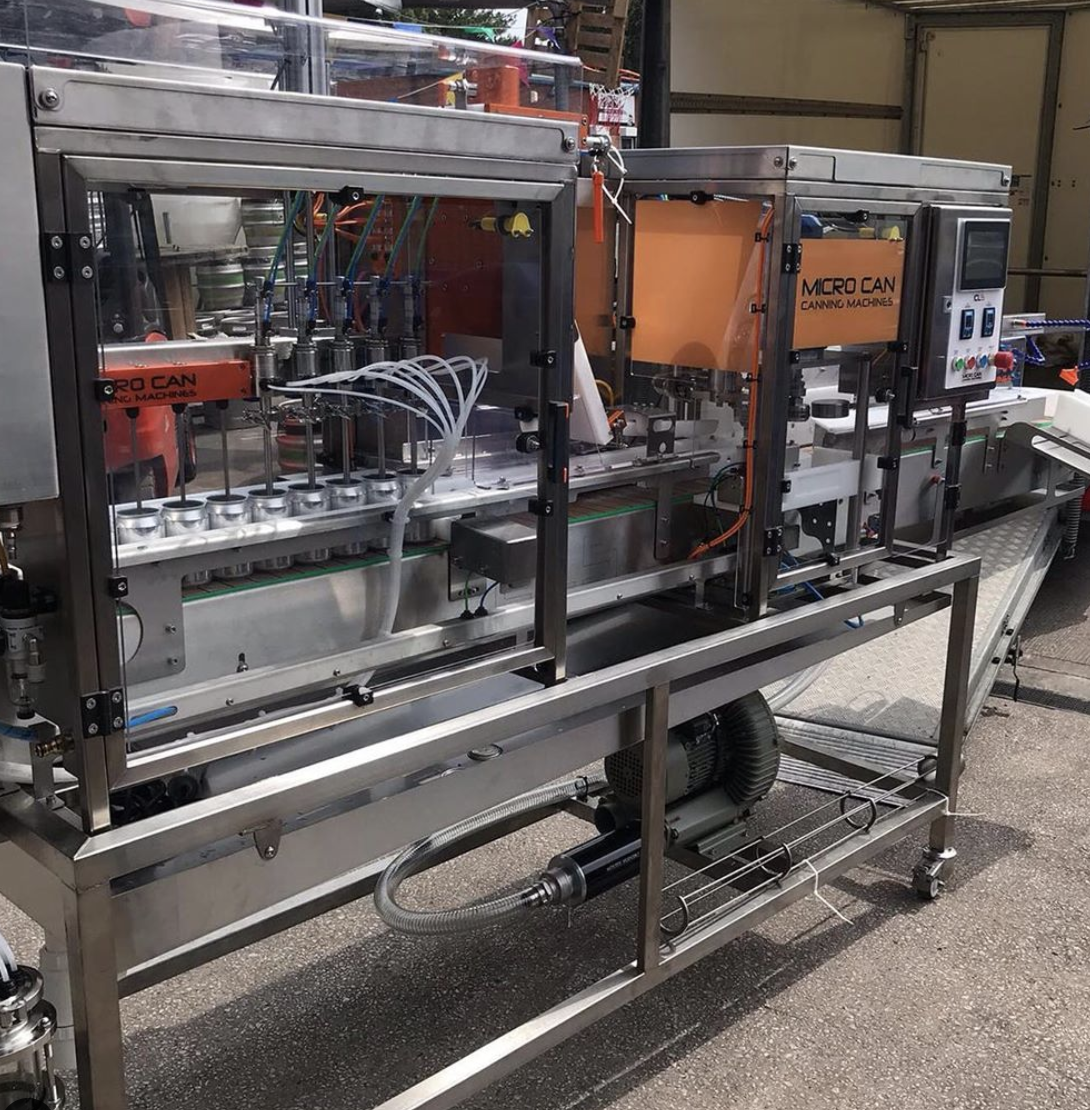 Data, then, may well be the final part of the productivity puzzle. The answer to making more from data lies in collection and usage: obtaining relevant insights, giving them to the right people in the business and ensuring they are acted on.

Most UK manufacturers already have the technology in place to achieve this. It’s just a matter of using it properly.

The UK’s skills shortage looks likely to get worse before it gets better. So making better use of data is not just key to growing efficiency and output — it’s imperative to surviving the next few years.

Growing aversion to the gradual but seemingly unstoppable march towards globalisation has been a dominant story of recent years.

Protectionism has overtaken globalism as the strategy of choice among many leading governments, with politicians choosing to blame supranational structures for economic woes instead of looking closer to home.

The policies that arise alongside such a strategy – including tariffs, taxes and currency manipulation – make maintaining a global supply chain expensive. Alongside this, the concerted push towards buying local among consumers brings extra scrutiny to the provenance of products.

The question for the next few years of productivity growth, then, is where the growing tension between hyper-globalisation and hyper-localisation goes next.

It may dissipate. Consumers and global businesses could become dissatisfied with protectionist tactics once they feel their full effect — rising prices on their favourite goods.

The appetite for products made with an eye on provenance and impact won’t die away anytime soon. However, that doesn’t necessarily mean that the hyper-localisation trend will continue.

Buying global may have become a taboo, but it doesn’t have to be, as long as it is done with ethics and with the environment in mind.

If the current anti-globalisation phase fades out, then the boost to productivity would be significant. Sourcing and selling overseas would be much cheaper, helping manufacturers grow margins on both the input and output side.

That, however, is a big if. We are just as likely to see a doubling down on hyper-localisation. Adapting to such a situation would require overhauling processes, sales strategies, supply chains and more.

In the long run, it may lead to new efficiencies — but not for a while yet.

Implementing the advances made in Manufacturing 4.0 — chief among them, automation — is essential for any business working in the industry today.

Alongside better utilisation of data, automation is the only way to grow output in the face of a looming skills shortage.

If data and reemerging globalisation don’t solve the productivity puzzle in the next five years, though, it is the customisation at the heart of Manufacturing 5.0 that may provide the answer.

True customisation would mean an end to making products in the hope that demand exists for them. Instead, a customer can order a product to their precise specifications — perhaps using new technologies such as VR to ‘experience’ the product before it even exists.

That future may be a little way off, but some companies are making moves towards Manufacturing 5.0 today.

A Bristol-based brewery, for example, has a taproom dedicated to experimental small-batch releases. It enables constant innovation without the fear of wasting time and capital on a failed new launch. Crowdfunding, too, can guarantee sales — or flag a potential lack of demand — before a costly production run.

Another facet of this move is the growing number of partnerships between businesses. A manufacturer who has the means and know-how to produce to a variety of specifications, for example, making goods with other companies who can bring close knowledge of customer demand to the table.

If hyper-localisation hits harder, this may become a necessity. For it to grow productivity, though, there must be an equal-weighted partnership. Established players swallowing competitors as a shortcut to innovation won’t work.

Contained in these three developments is a path towards rapid productivity growth. Embracing data and automation, the reopening of global supply chains and customisation can all help lower input while growing output.

For a step-by-step guide to how labour, capital, production and pricing affect productivity, download our full three-part series.