What you’re looking at is not the engine core from an intergalactic space ship, but it can be used to create a vacuum. That’s because it’s one of Rolls Royce’s spin rigs, which are normally used to test the latest designs of compressor blades – components that allow you to travel the globe in aircraft powered by the company’s supremely well designed and manufactured engines. However, in this particular – and very unusual – case, the spin rig is being used to validate the design and manufacture of one of Bloodhound SSC’s desert wheels.

Stressed and ready to go

The wheel programme is close to my heart for two reasons. It’s one of the most critical parts of the car in terms of safety and hence one of the most challenging parts I have to get made. It’s also one of the first areas of the supply chain that I started working on in 2008. So when I got a text from our resident senior stress engineer that said “10496 rpm, rim temp peaked at 96 deg C. Job done” I was absolutely thrilled and was quick to spread the word that the testing had gone really well to the other team members and partners in the programme (you can read about all the wheel partners on our website).

The “spin test” was done to validate that the wheel behaved in the physical world as planned and also to check that the manufacturing processes we used had delivered the desired performance and behaviour. To all those involved with the design, manufacture and test of the world’s first 1,000mph car wheel – well done, it is simply awesome! Our next step is to take the forgings we have in hand and machine two complete sets of wheels ready for running next year.

Meanwhile, at Manufax some of the most extreme components on the car have been slowly taking shape. The main spars in the fin are 2 metres long and taper quite dramatically, so machining them presents a huge challenge. However, so far, so good. As you can see from the picture, we are making steady progress to complete these bespoke parts using materials fully sponsored by Smiths High Performance. 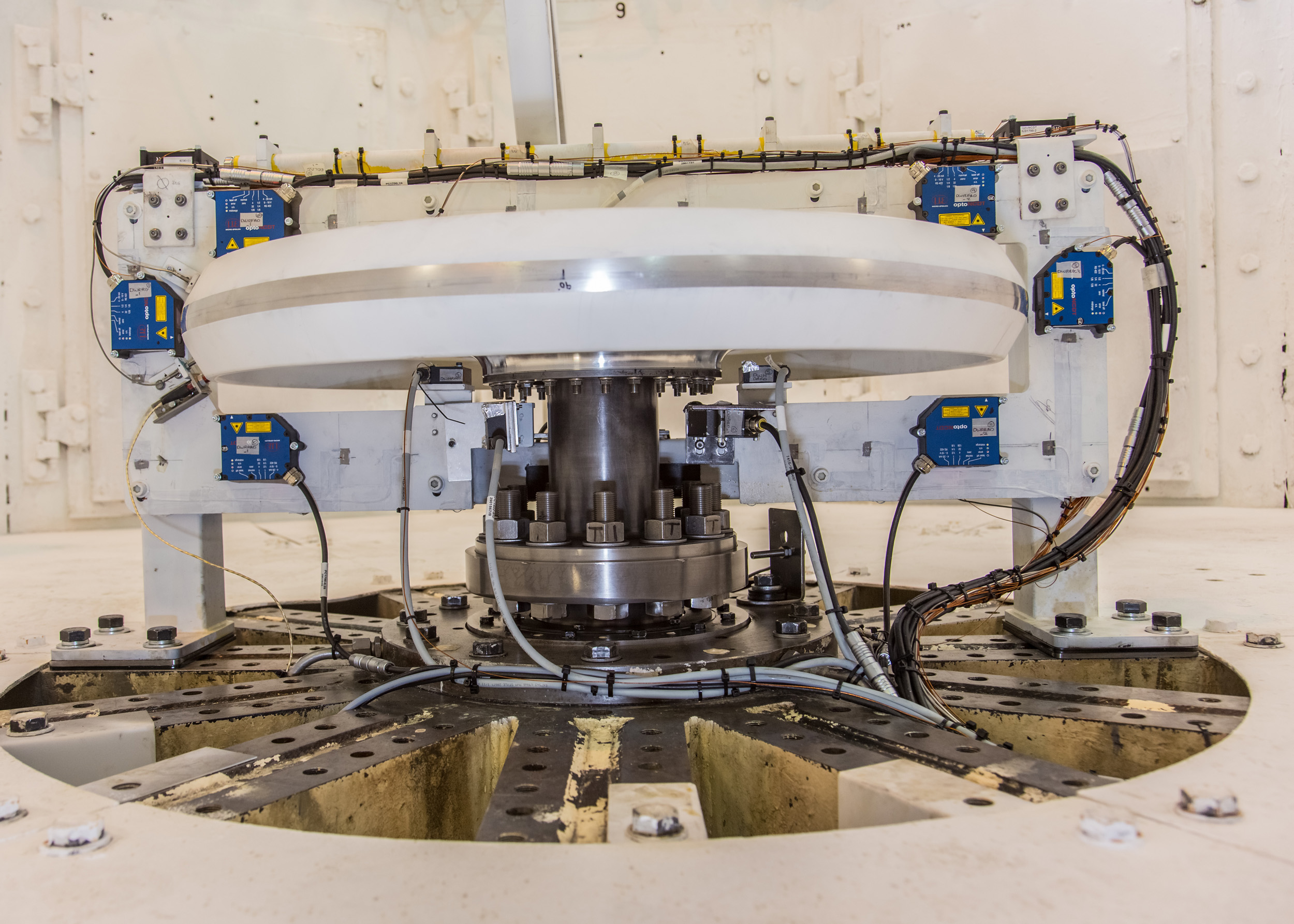 On the composite side, the Jet A tank has been delivered and looks great, thanks to URT Group and SHD Composite Materials. This is a major component of the fuel delivery system for the EJ200 jet engine and key for us to start understanding the packaging in and around the tank. It’s one thing looking at the car in the virtual environment, but there is still no substitute for seeing the part in position ‘in the flesh’.

Friday 13th June was dominated by Bloodhound sharing Andy’s “1000mph office” with the world for the first time. By chance, it coincided with the upper structure going back onto the lower chassis to sort the trimming of material at the interface with the monocoque. So not only were we able to share Andy’s cockpit, which does look like the inside of a space ship, but we were also able to show off the rest of the car in the most complete condition it has ever been in. Check out the 360 degree view of Andy’s office on our website.

As we headed into the second half of June, we started to focus on the second half of this year. On 24th July – or 24/7 – we will have exactly one year to go to the UK rollout. The irony of the number that emerged from the BMT Hi-Q Sigma based plan was not lost on the team. We continue to work hard and pull together as a team around the delivery, and with the design under control and a home for every component, it’s the flow of funding that’s key now to rolling out on time. I’m pleased to say that, even as I type, a deal that has taken many years in the making is coming to fruition and by the next time I write my blog another major brand name will be on the car – watch this space!