Posted on 8 Jul 2019 by The Manufacturer

The UK Battery Industrialisation Centre (UKBIC) in Coventry will be a new, world-class facility allowing the UK to prepare its home-grown battery technologies for global competitiveness, as Simon Edmonds reports. 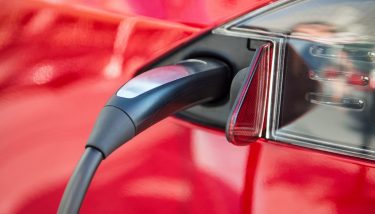 The Minister for Business and Industry, Andrew Stephenson, recently announced a new £28m investment in the centre, providing a stepping stone towards a UK ‘gigafactory’ – a large-scale battery technology factory for electric vehicles, built along the lines of Tesla’s lithium-ion battery and electric vehicle facility near Reno, Nevada.

The investment, through the government’s Industrial Strategy Challenge Fund, comes on top of an £80m initial investment in the centre, which will provide world-leading testing facilities for new battery technologies. It will also provide practical training to upskill people in battery manufacturing.

The minister made the announcement on a recent tour of the UKBIC site to mark new regional funding alongside Mayor of the West Midlands Andy Street, as they also revealed a new Local Industrial Strategy for the West Midlands – the first of its kind.

UKBIC is one of three strands of the Faraday Battery Challenge, part of the government’s Industrial Strategy Challenge Fund programme to develop cost-effective, high-performance, durable, safe, low-weight and recyclable batteries.

The other strands are Innovate UK’s collaborative R&D programme and the Faraday Institution.

UKBIC was established after a national competition run by the Advanced Propulsion Centre (APC) and supported by Innovate UK, which was won through a joint bid by Warwick Manufacturing Group (WMG), at the University of Warwick, Coventry and Warwickshire Local Enterprise Partnership and Coventry City Council.

An important international funding collaboration opportunity for the composites sector is now open. Organisations can apply for a share of £1.7m to work with US partners to develop disruptive, game-changing international projects in the global composites (a combination of components) market.

Projects must be disruptive, involve a technological risk, and reach large international markets.

The competition closes at midday on 21 August 2019. Click here for more information

Apprentice to compete on world stage

An apprentice trained at the Advanced Manufacturing Training Centre in Coventry is to represent the UK at an international skills ‘Olympics’ in Russia.

Jack McCarthy – who was one of the first cohort of apprentices to be trained at the AMTC (part of the Manufacturing Technology Centre) – will compete at the WorldSkills Competition in Kazan in August, having successfully competed in WorldSkills UK to win his place.

Jack, who is 20 and comes from Coventry, began his apprenticeship at the AMTC in 2014, completing it last year. He now works for DMG Mori in Coventry.

He will compete in Russia in the CNC turning category, and apprentices from all over the world will battle it out to win gold, silver or bronze in their chosen skill. The UK is currently tenth in the WorldSkills rankings.

The latest ambitious delivery plans for Innovate UK and the eight other constituent councils that make up UK Research and Innovation have been published.

The 2019-20 plans highlight the areas of focus and key activities of UKRI’s councils and its cross-cutting themes.

The plans also detail UKRI’s approach to delivering the government’s target of 2.4% GDP spend on research and innovation by 2027. Click here to read them

For more information on any of Innovate UK’s funding opportunities, please contact the customer support service:

Feedback! All feedback gratefully received. I can be found on Twitter: @SJSEdmonds