Posted on 3 Jan 2019 by The Manufacturer

As it releases its latest economic survey, the British Chambers of Commerce (BCC) reiterates its call for the government to avoid a chaotic Brexit.

The manufacturing sector is experiencing a record high level of recruitment difficulties, according to the British Chambers of Commerce (BCC).

81% of manufacturing firms interviewed for the BCC’s quarterly economic survey said they had difficulties recruiting the right staff – the joint highest level since the survey began in 1989.

The survey also reported that the percentage of manufacturers expecting to raise prices is at its highest in a year and is almost three times higher than its pre-EU referendum average. Cashflow is another major concern for the manufacturing sectors, with the balance of firms reporting improved cash flow remaining weak.

Responding to the findings, the BCC called on politicians to work to avoid a ‘messy and disorderly exit from the EU.’ It says the lack of clarity over Britain’s future trading relationship with the EU has caused growth to stagnate. It also said coherence over Brexit would increase business confidence and investment.

Dr Adam Marshall, Director General of the British Chambers of Commerce, said the government’s ‘absolute priority’ was to provide clarity on trade with the EU and avoid a a chaotic Brexit. Otherwise, he stated, “Business communities won’t forgive politicians who allow this to happen, by default or otherwise.”

Furthermore, he called on the government must also listen to business concerns over its recent immigration blueprint. “Companies must be able to access skills at all levels without heavy costs or bureaucracy,” he said.

Back in December, the BCC, EEF and three other major business groups wrote a joint statement calling on the government to avoid a ‘managed’ no-deal Brexit as it would impose major new costs on British businesses.

The BCC survey found a growing number of UK manufacturers face increasing cost pressures while the number of firms reporting an increase in domestic sales and orders weakened to their lowest level in two years.

Suren Thiru, Head of Economics at the BCC said the increase in cost pressures for businesses in the quarter will likely increase inflation, which is already being aggravated by the weaker pound.

He added that subdued household spending levels and tightening cash flow was making it hard for businesses to grow. But he stated, the upward pressure on prices from higher wage settlements remained relatively muted.

The BCC’s survey, which also covered service sector firms, received responses from 6,000 firms which employed more than 1 million people across the UK. 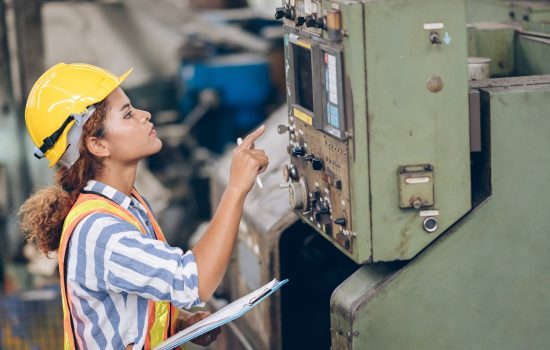