Crewe-headquartered Bentley Motors is returning to Monterey Car Week in America with a programme of features across the event that together define the brand’s greatest ever presence on the Monterey peninsula.

The global reveal of the Bentley Mulliner Batur – the next exclusive, handcrafted, coachbuilt car to be launched by Mulliner – is the pinnacle moment for Bentley in Monterey for 2022, with the car due to be unveiled at Bentley’s renowned Signature Party for several hundred guests on the evening of Saturday 20 August.

Joining the Batur in Monterey will be other stunning cars from Mulliner, including Blower Car Zero – the first car in the Continuation Series – along with the first US showing of a customer Bacalar and examples of Mulliner versions of the Continental GT, Continental GTC and Flying Spur. Mulliner’s breadth of ability will be showcased in the bespoke and beautiful Bentayga EWB Mulliner Gallery – a one-off car celebrating Mulliner, making its debut at The Quail, A Motorsports Gathering on Friday 19 August. 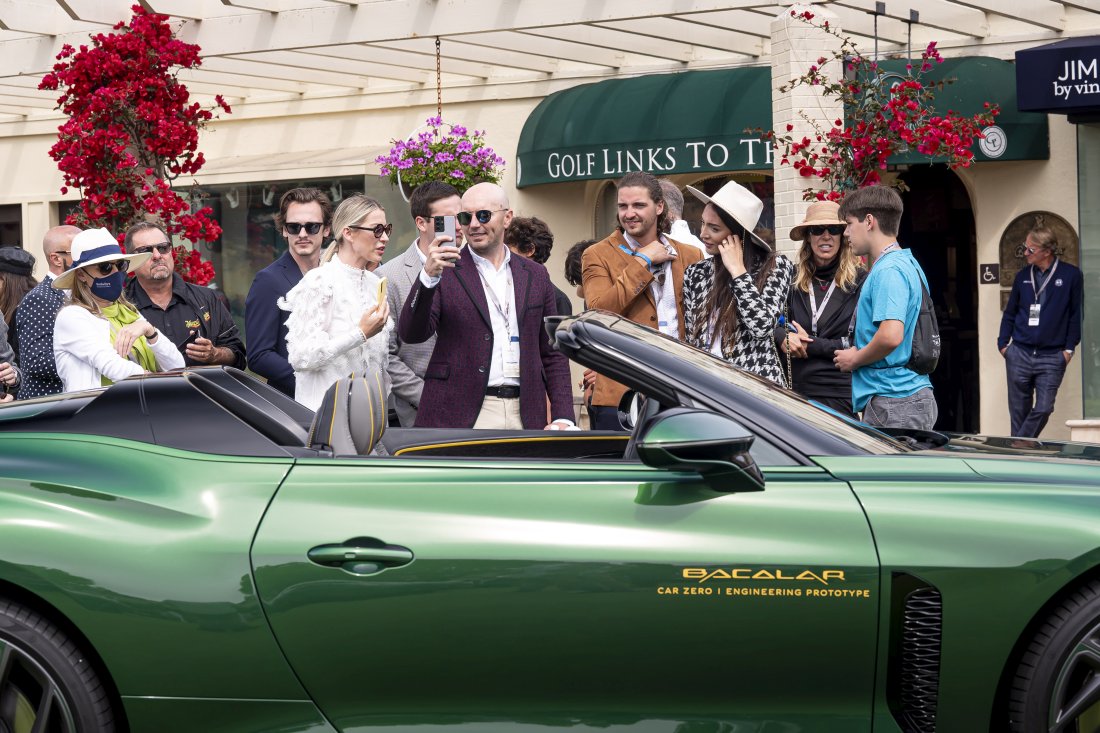 The centre point of Bentley’s friendly takeover of the Monterey peninsula is the Home of Bentley, located just 200m from Pebble Beach Lodge. The 4,000-square foot, $30m property is a French-style contemporary home, set in over an acre of beautifully manicured grounds with expansive views of the ocean, Point Lobos, Carmel Bay and Stillwater Cove.

The Home of Bentley will also mark the public debut of Bentley’s new signature look and feel for events, developed by Bentley’s own Design team. Beautiful expressions of sustainability, authenticity and craftsmanship link design cues from Bentley’s model range to the Home, both outside the property and within.

For 2022, the Home of Bentley includes features to stimulate all five senses. Outside, a display of up to six current Bentleys will change every day, and guests will be able to sign-up for a test drive of one of the 103 Bentleys that will come together on the peninsula – one for every year of the company’s history. Meanwhile, a Flying Spur Hybrid will demonstrate Bentley’s pinnacle Naim audio system through the bespoke track recently created for Bentley by renowned Hollywood composer and producer, Steve Mazzaro (Dune, No Time To Die). Further Naim products will be on display and in use inside the Home.

To the rear of the property, a terrace will accommodate a bar and display area from The Macallan, Bentley’s sustainable whisky brand partner. During the event, The Macallan will host private previews of the next stage of its partnership with Bentley, to be revealed on the afternoon of Sunday 21st. Tastings of The Macallan’s exceptional single malts, and bespoke cocktails, will be offered throughout.

Inside the Home customers will be able to be taken through a configuration journey to design their perfect bespoke Bentley, with the aid of Mulliner Designers and arrays of samples of materials and colours. Guests will also be able to explore Bentley Residences Miami, a collaboration with Dezer Development.   A virtual reality tour of the luxury residences demonstrates how Bentley design DNA is woven throughout the architecture and furnishings of Bentley’s first architectural collaboration. Pieces from the Bentley Home furniture collection will also be on display, which translate the materials, motifs and shapes found in Bentley’s road cars in to the home. 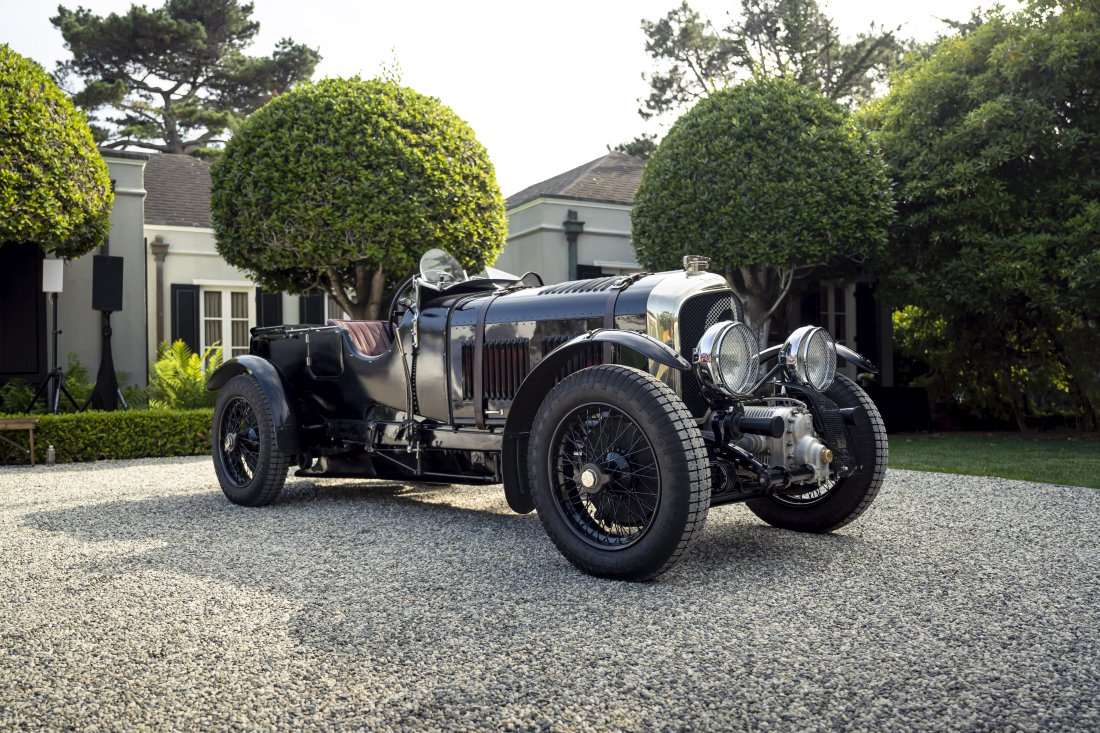 Extraordinary journeys to Monterey – The Rally and the Speed 8

To start Bentley’s Monterey Car Week, a rally of Bentleys will travel to the peninsula. The journey from Los Angeles starts on Tuesday 16th, with a fleet of 30 Bentleys travelling up the Pacific Coast Highway with an overnight stop along the way.

The rally will arrive at Laguna Seca on Thursday 18th, in time for a track parade led by Bentley’s Chairman and Chief Executive, Adrian Hallmark, driving Blower Car Zero. After a lap of the track, Bentley will start its year-long celebrations of next year’s 24 Hours of Le Mans centenary as the Speed 8 that won Le Mans in 2003 takes to the circuit for demonstration laps. This will be the first time a Speed 8 has run at high speed in the USA since Sebring 2003.

Thursday evening will see the formal start of Bentley’s VIP programme, with a welcome at the Home of Bentley. Previews for customers and media will be hosted by Bentley’s Director of Design Andreas Mindt and The Macallan’s Global Creative Director Jaume Ferras, after an opening address by President and CEO of Bentley Americas, Christophe Georges.

The Quail, a motorsports gathering

Bentley will feature a stunning selection of cars from past and present at The Quail, A Motorsports Gathering on Friday 19th. Guests will take a journey starting from heritage with the Blower, to Le Mans with the Speed 8, through to the present-day line-up of Mulliner and Hybrid products with a look ahead to Bentley’s electrified future.

A further example of the artisanal skills of Mulliner will be provided by the debut of a customer Bacalar in the USA. Bacalar No. 8, kindly provided by its owner, will be resplendent in its colour palette of white, blue and orange and showcase the breadth of ability of Mulliner – the oldest coachbuilder in the world.

After The Quail, Bentley will once again host 120 VIP guests for its celebrated outdoor dinner on Seal Rock Beach, with customers experiencing the Bentayga EWB for the first time.

Reveal of the Batur at Bentley’s Signature Party

Saturday night’s Bentley Signature Party, at The Beach & Tennis Club, has become the social event to be at during Monterey Car Week. This year’s event, for several hundred Bentley customers and other VIP guests, will centre around the reveal and global debut of the Bentley Mulliner Batur at 20:00 local time.

So much more than the successor to Bacalar, the Batur reveals an all-new design language for Bentley that showcases themes and forms that will define Bentley’s future range of Battery Electric Vehicles (BEVs). It will be introduced by Adrian Hallmark together with Andreas Mindt and Director of Mulliner Paul Williams. Joining the Batur on display will be Blower Car Zero, the Speed 8, a Bentayga EWB and a new Continental GT S.

Following the Signature Party, the Batur will make its public debut on the Concept Lawn outside Sunday’s Pebble Beach Concours d’Elegance.

*all images courtesy of Bentley Motors