BMW Group Plants Oxford and Swindon – Manufacturer of the Year 2019

Overall winner at The Manufacturer MX Awards 2019 was BMW Group Plants Oxford and Swindon, who took home three major accolades, not least Manufacturer of the Year.

The team also picked up the award for Product Innovation and Design, as well as defending their Smart Factory title for the second year in a row.

As in previous years, the 2019 awards ceremony was the culmination of an intense and gruelling judging process, where, over several months, select and experienced judges collectively met from all corners of the country to evaluate the candidates.

So, how did BMW do it on the night? Here is a flavour of what members of the judging panel had to say about their success story.

“What impressed me in particular was the ingenuity, the vision and the drive of the management team, given this was a radical production lead option that many thought wasn’t commercially viable,” said one judging partner, about BMW MINI’s new EV range.

Another enthusiastically remarked on BMW’s astounding innovation capability: “Martin Koch, the general manager of assembly at BMW Group Plants Oxford and Swindon, and his entire team had improved even on the previous year’s array of smart innovations, and they had the business results to prove the big differences being achieved. A great example of people and technology poetry in motion!”

During the lengthy judging process, certain members of the judging panel are called upon to visit the various sites and production plants where our many candidates put their company visions into practice.

Here’s the reaction of one such panel member when visiting BMW Group Plants Oxford and Swindon’s Cowley branch: “Not only did they present as a team in the boardroom (together with their apprentices), but during the tour we met and talked to many of the key contributors from concept design, engineering, accelerated life testing and the production line.

“Everyone we met was truly enthusiastic about the new model, the contribution Cowley had made to the BMW Group, and the importance of electrification for the BMW MINI brand.”

Issigonis would be proud

Another judge chose to draw on one figure from automotive history as the benchmark to which they felt BMW Group Plants Oxford and Swindon had excelled themselves: “I am sure Sir Alec Issigonis would approve of the electric MINI range, the pioneering spirit that all at Cowley demonstrate, and the world-class innovation that propels the MINI brand from strength to strength.” 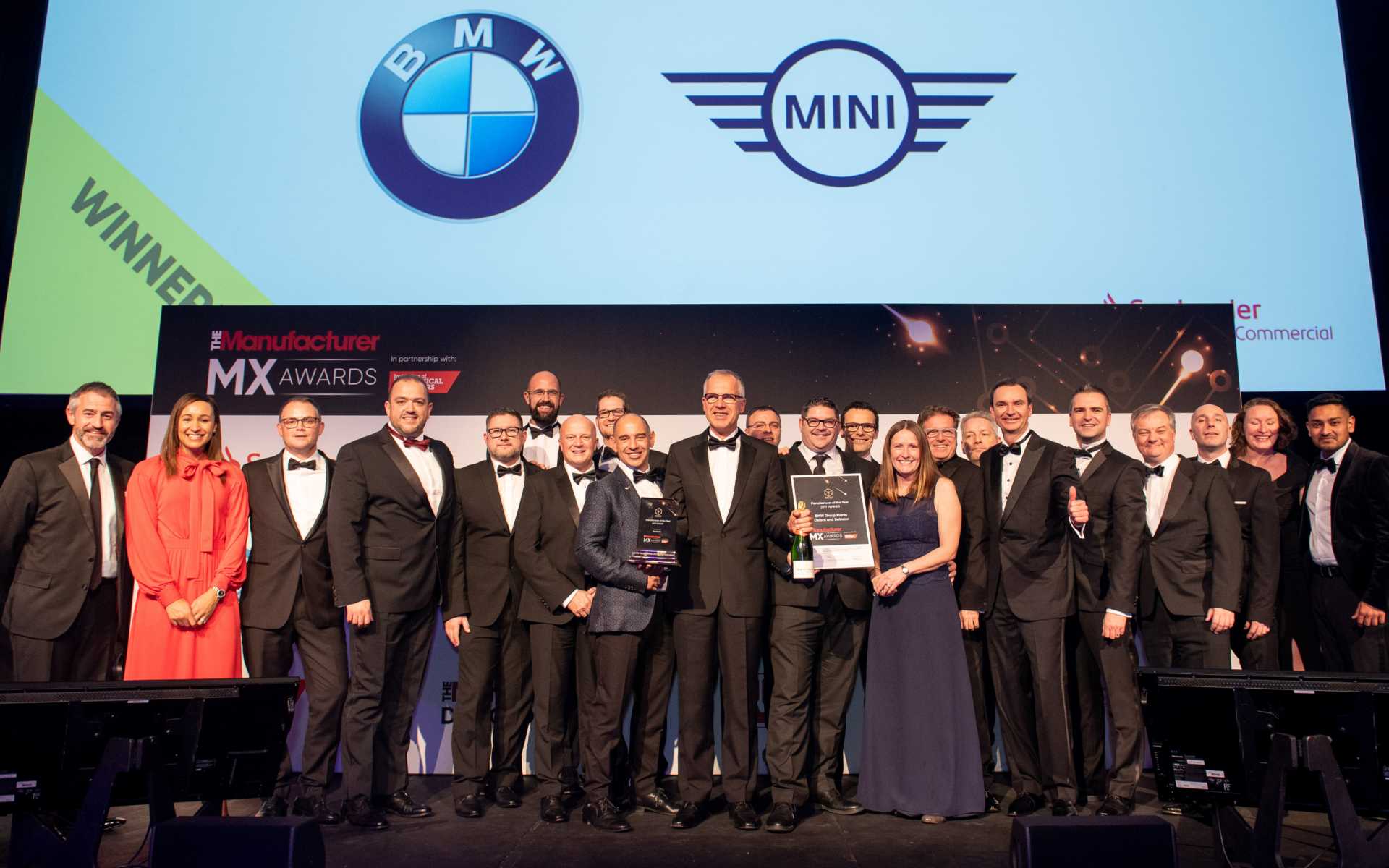 In 1957 of course, British Motor Company commissioned Issigonis in response to the Suez Oil Crisis to develop a small, fuel-efficient car that would later become the Morris MINI. Rumour has it that Issigonis actually sketched the original design on a tablecloth in pencil.

One judging partner in particular put BMW Group Plants Oxford and Swindon’s triumph so succinctly that even our editorial team couldn’t have penned it better themselves: “Innovation is a team sport … and from the outset BMW MINI excelled.”

Upon receipt of the Manufacturer of the Year award, the BMW team were asked what the coveted accolade meant and how this night would shape the company’s obviously very bright future.

Martin Koch, general manager, Assembly, was keen to highlight his team’s “continuous effort into our digitalisation and Industry 4.0 project”; while his colleague pronounced: “This is really important as an organisation because it demonstrates our commitment to the UK manufacturing sector.”

THE UK’S BEST EXAMPLE OF A SMART FACTORY