Brand Finance's annual report has placed Britain up one place to number four in the top 20 most valuable global brands. 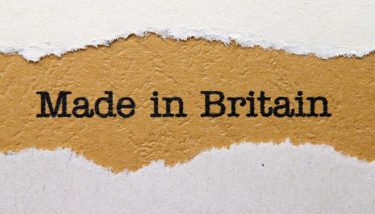 The report takes into account GDP data as well as information in goods and services, tourism, talent and investments.

Taking the top spot was the US with a brand value of $25,899bn (£19,827bn), followed by China in second and Germany the third most valuable nation brand.

Chief executive of Brand Finance, David Haigh said: “Britain’s performance in this year’s study of the world’s nation brands show that perceptions of Brexit go against the economic reality.

“What the exact scenario and consequences of exiting the EU will be still remains to be seen, but both current market conditions and economic forecasts for the coming years reaffirm Britain’s ability to make the most of its post-Brexit future.”

Six of the ten fastest-growing nation brands were from Africa – Democratic Republic of Congo, Egypt, Kenya, Tanzania, Ethiopia and Ghana all recorded growth between 28 and 38% year on year.

CEO, Lance Forman told TM how exactly they produce their PGI (Protected Geographical Indication) product, this status making London the first capital city in Europe with a company to acquire the certificate, which protects regional foods that have a specific quality and or reputation.

He said: “The quality of the product is so much better when you have people physically handling the product. I think we have been able to maintain quality by keeping it artisan.”

The business uses the same processes as it did 100 years ago, and this has enabled it to give transparency of operations to customers and promote its place as leading in British manufacturing.