Brexit: what went wrong and how do we fix it?

Tor Mackenzie, Founder of MAD Yorkshire takes stock of the issues created by Brexit and how the industry can bounce back.

It has been just over a year since Britain made its official exit from the European Union. During that period, it is safe to say that a lot has changed. With Brexit occurring in the midst of a global pandemic, we were faced with expected as well as unforeseen complications that drastically affected not only the current state of manufacturing, but also raised questions about how the industry could survive. 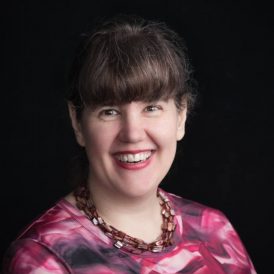 January 2021 saw the biggest drop in manufacturing exports from the UK to the EU since 1997, with goods exports falling by over 40%. Of course, a drop was expected due to natural teething problems and trepidation, but how is the industry still experiencing issues of the same magnitude over a year later? Businesses have been fighting piles of customs paperwork that continue to prove difficult, with constant queries presenting themselves – particularly to smaller manufacturing companies. New processes and regulations have added complexity and SMEs simply do not have the time, money or resources to deal with this kind of red tape. With many smaller manufacturers often exporting low stock, one lorry would be used for multiple items, creating a logistical nightmare amid the new customs and tariffs.

The Trade and Cooperation Agreement between the EU and UK stands on the basis that no tariffs are charged to traders who prove the Rules of Origin of their products to be from either the EU or the UK. This process is overcomplicated and timely, and frankly can be difficult to prove. These issues surrounding tariffs and other trading complications added to the supply chain crisis. Of course, the pandemic didn’t help, with the ‘pingdemic’ slashing through the workforce, but Brexit continued to provide further difficulties for manufacturers across the UK.

While the new rules allow for a number of business trips to take place between the EU and the UK, EU workers who need to travel to the UK for work must meet the Visitor Rules that are outlined in the new immigration laws. For businesses who have never had experience with immigration laws and the corresponding paperwork, these complications are timely and difficult to get right. The abundance of new rules, be it immigration or trading laws, provided nothing but stress, leaving manufacturing companies unsure of what to prioritise to keep their business afloat. In addition, with customs, trade and shipping costing more than ever, prices are having to soar for businesses to remain profitable. In January 2022, the average domestic growth price was similar to October 2021, which was the highest since April of 1980.

This of course raises concerns around demand, and for how long businesses can remain competitive, with many experts warning that the UK is already losing its competitive edge. It was warned that Brexit could drive up costs, but with the pandemic occurring simultaneously, costs have continued to soar to unanticipated heights, making it sometimes unfeasible for many manufacturers to continue trade. Looking forward to the rising cost of living and tax increase on the horizon, more troubles are coming. Problems are still arising even a year after the UK’s withdrawal. Border checks that were introduced at the beginning of the year have caused further increases in costs, and is suppressing possible trade with the EU. To put how disruptive the new border checks are into perspective, orders to stop lorries on the A20 (to prevent Dover from chaotic blockages) have already been put in place 20 times in 2022. There were 69 instances of this in the whole of 2021. The implication of Britain leaving the EU has resulted in business disruption that cost many their ability to operate at all. But in addition to that, it halted innovation in the manufacturing industry.

The economic uncertainty we have witnessed in the last year, stopped many companies from being able to innovate and push their businesses to new heights, as they were too scared to take any further risks. For an industry that is desperate to recruit the next generation of workers, innovation is vital in the longevity of manufacturing. With both the pandemic and Brexit putting a stop to this, it could have pushed innovation back years, with businesses currently needing to prioritise staying afloat. So, with that in mind, we need to prioritise tackling Brexit difficulties once and for all, so the manufacturing industry can continue to innovate and provide the boost that the economy is in dire need of. The question is, how?

So, what can manufacturing companies do to minimise further impacts of Brexit?

Recruit – Re-train – Retain: More than ever, employees are vital in the smooth running of the manufacturing industry. With many roles in short supply, it is imperative for businesses to invest in the right people at the right time. There is an ever-widening manufacturing skills gap in the UK that needs to be closed. Start by looking at your current workforce, understanding everyone’s roles and how they can be maximised or upskilled.

From this point, you will have an understanding of what kind of roles need to be filled. Apprentices could be the future leaders of the industry and investing in them to help develop their skills in the places you need could be vital in stopping further disruption, as well as helping to onboard the next generation of manufacturers.

Technology Investments: Industry 4.0 is here and if you’re not keeping up with technological advancements you’re going to fall behind. Latest technology adoption such as AI and cloud computing can help increase productivity and automation within manufacturing tenfold. In terms of Brexit, as the UK begins trading with other countries, and rules continue to change, the right technology can speed up productivity, making manufacturing businesses much more resilient, ensuring they maintain a competitive edge.

In the shorter-term businesses should be investing in comprehensive global trade management software. The software simplifies the processes for importing and exporting, providing workflows and helps to manage trade documentation, ensuring compliance with global trade rules and regulations. This kind of software investment stops manufacturing companies being beaten down with the confusing paperwork, allowing for quicker turn arounds.

Think Local: There is a rise of local UK manufacturers who are eliminating the need for international importations. Because of the massive disruption of global supply chains, many manufacturers have started to invest in locally instead. This can help ease operations and means companies are not having to negotiate with the customs and border logistics quite so much. Local manufacturers with warehousing and storage facilities have become more sought after by businesses in the UK who are looking to cut costs.

For more articles like this, visit our Leadership & Strategy section.