Optimism among British manufacturers has fallen at the sharpest pace since the first coronavirus pandemic lockdown in April 2020 as firms struggle to contend with spiraling costs, new figures reveal.

According to the CBI’s latest quarterly Industrial Trends Survey, optimism re the business situation fell to -34% from -9% in January, while optimism re export prospects for the year ahead dropped to -28% (down from -20% in January).

Britain’s manufacturers are also facing the sharpest rise in costs since 1975 and are feeling increasingly gloomy about the future as a result. A combination of high energy prices and inflated raw materials costs mean manufacturers are having to raise their own prices. Indeed, the CBI’s figures show that average domestic prices rose by 60% and export prices rose by 39% in the quarter to April — the sharpest pace since October 1979 and April 1980 respectively. Moreover, the CBI says price growth is expected to accelerate further in the next quarter, with domestic prices forecast to rise by 71% and export prices by 39%. 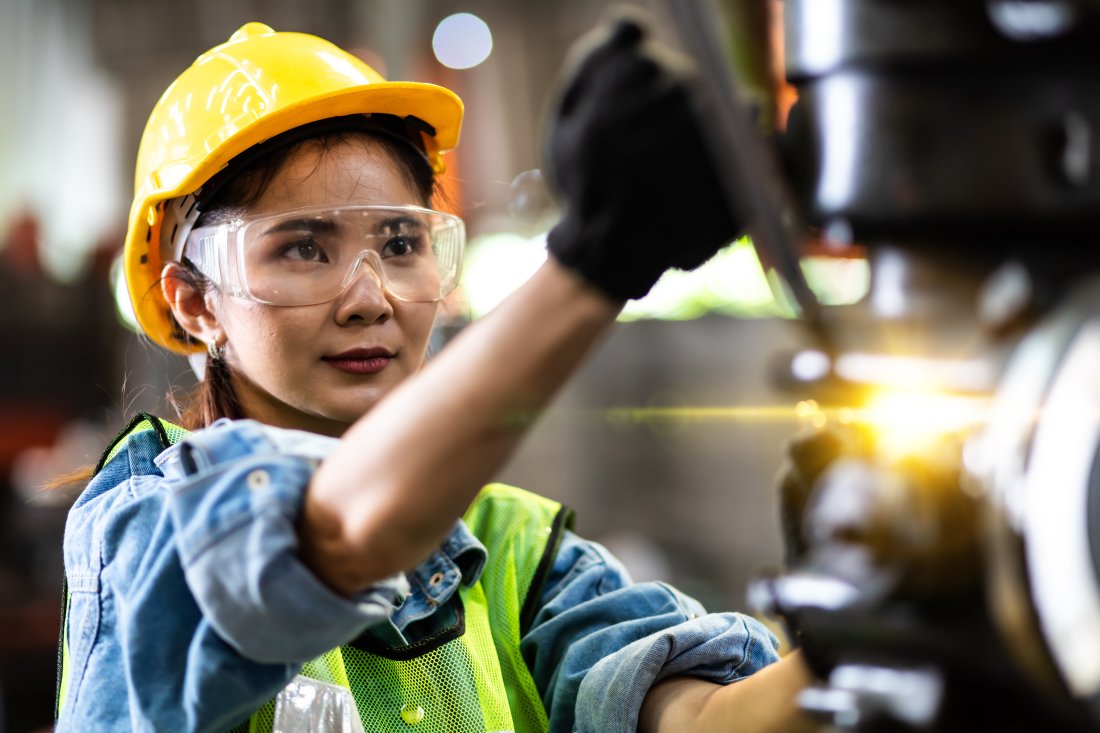 The number of manufacturing firms saying that output next quarter would likely be limited by a shortage of skilled labour remained high at 39%. Image credit: Shutterstock

Nevertheless, manufacturing order books continued to grow last quarter, albeit at a slower pace than in recent months, with output primarily driven by the motor
vehicles and transport equipment sub-sector. Domestic manufacturing output volume increased by 19% last quarter, while total new orders rose by 22%. Going forward, the CBI predicts new orders will slow further to just 6% in the next three months — just one percentage point above the long-run average. Meanwhile, output volume will slow to 17% — nine percentage points above the long-run average.

There was also some positive news for employment in the sector. The number of people employed in the manufacturing industry grew at a faster pace in the quarter
to April compared to January (21% vs. 10%) and this trend is expected to accelerate at an even quicker rate in the next three months. Furthermore, the number of manufacturing firms saying that output next quarter would likely be limited by a shortage of skilled labour remained high at 39% — just below January’s 50-year high of 42%.

Commenting on the latest data, Anna Leach, the CBI deputy chief economist, said: “Manufacturing orders and output continue to grow, albeit at slower rates. But the war in Ukraine is exacerbating the Covid-related supply crunch, with cost increases and concerns over the availability of raw materials at their highest since the mid-1970s. It is little wonder that sentiment has deteriorated sharply over the past three months and manufacturers are now scaling back their investment plans.

“The government must look again at near-term support measures to help firms through this crisis. An immediate priority should be to provide cashflow support for those struggling with wholesale energy costs via the recovery loan scheme, while cutting bills for energy intensive industries can help maintain UK competitiveness.”

Simon Eaves, Market Unit lead, UK & Ireland at Accenture (sponsors of the survey), said: “The manufacturing sector is showing resilience in output, but the drop in optimism is concerning in the face of challenges including rising costs and the availability of materials. To maintain competitiveness businesses need to make balanced decisions for the near and long term to secure their future.

“In the short term, retaining, motivating and upskilling staff is critical as well as lowering process costs and making the supply chain as efficient as possible. For the longer term, a twin focus on investing in digitalisation and sustainability is crucial to gain success past the current cycle.”