The UK government has called upon engineering firms to switch some of their manufacturing output to the production of new ventilators to help tackle the Coronavirus health crisis.

Matt Hancock, the Secretary of State for Health and Social Care, said on Sunday that UK hospitals have about 5,000 ventilators but that more are needed to treat patients with serious cases of the Coronavirus.

“We are better equipped thanks to the NHS than most other countries, but we will need many more [ventilators],” Mr Hancock wrote in an article for the Sunday Telegraph. “We now need any manufacturers to transform their production lines to make ventilators. We cannot make too many.”

The Secretary of State’s plea to manufacturers to diversify their output during the Coronavirus pandemic has been likened to those engineering firms who were called upon during the Second World War to deliver equipment to the front lines.

According to a report in the Sunday Telegraph, it is understood that manufacturers such as JCB, Rolls-Royce and Unipart are to join a conference call with the Prime Minister to discuss ramping up production of ventilators and other equipment the NHS will need.

The JCB chairman, Lord Bamford, told the Guardian newspaper: “We have been approached by the prime minister to see if we can help with the production of ventilators. We have research and engineering teams actively looking at the request at the moment. It’s unclear as yet if we can assist but, as a British company, we will do whatever we can to help during the unprecedented times our country is facing.”

Sourcing parts may be the biggest challenge

Chris Kiple, chief executive of Ventec Life Systems, a US-based firm that makes ventilators used in hospitals, homes and ambulances told Forbes that his company “could increase production five-fold in a 90 to 120-day period.” However, he’d have to tool up production lines, train assemblers and testers and get parts. Kiple said that the increase in parts delivery could be the most difficult task.

Ventec, with 135 employees, is a fairly small player in a market dominated by Puritan Bennett, GE Healthcare and Allied Healthcare in the US, and Hamilton Medical, Getinge, Drägerwerk and Philips Healthcare in Europe. Kiple estimated that worldwide production capacity is in the range of 40,000 to 50,000 units a year.

Germany’s Draegerwerk said its government placed an order for 10,000 ventilators for intensive respiratory care, the medical gear maker’s largest order ever and equivalent to a year’s normal production.

Hard-hit Italy, which has more than 24,000 infections and 1,800 deaths from the Coronavirus so far, has placed an order for 5,000 ventilators and other desperately needed medical equipment.

Italy may have fewer than a quarter of the breathing machines necessary to help patients as Coronavirus infections fill their lungs with fluid, Andreas Wieland, chief executive of the world’s largest ventilator maker Hamilton Medical, told Reuters.

Privately owned Hamilton Medical, a Swiss company which usually makes 15,000 ventilators a year, has ramped up its production by 30-40%, Wieland said.

Are you a UK manufacturer with a capability to produce ventilators or source parts for ventilators? If yes, or you think you can help, then you can click here to complete the ‘Readiness to supply ventilators and ventilator components’ form.

Or you can login to The Manufacturer Community to ask questions and receive support and advice for manufacturers regarding the Coronavirus crisis. 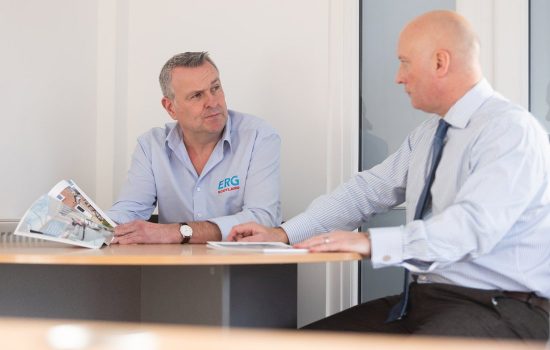