The world's largest offshore windfarm off the Yorkshire coast is to supply its first power to the UK electricity grid this week. Could it fill the gap left by a failing nuclear industry?

When fully operational next year, Hornsea One will be the largest windfarm in the world. Its 174 Siemens 7MW turbines will generate enough electricity (1.2GW) to reportedly power more than one million homes.

The electricity generated by the turbines 120km off of the Yorkshire coast will pass through one of three offshore substations, before being carried by three high voltage subsea cables (245kV).

A clean and sustainable energy supply, and reducing the impacts of climate change has become priority for countries across the globe as part of the Paris Agreement. Climate change was also found, in the World Economic Forum’s global risks report, to be the biggest concern for business in 2019.

The UK committed to reducing its greenhouse gas emissions by at least 80% by 2050, relative to 1990 levels, but the question remains just how can this be achieved?

Offshore windfarms could help fulfill this. Additionally it could aid the low carbon power gap created as a result of Hitachi and Toshiba recently scrapping nuclear plant projects in Wales and Cumbria. Hitachi followed Toshiba’s move and halted work on the Welsh site earlier this year due to rising costs.

Hitachi’s action came as a blow to the UK’s future energy supply plans, the Confederation of British Industry (CBI) previously said. It planned to create 2.9GW of energy, this more than double Hornsea One’s output.

However, Hornsea Project Two was granted consent by the Secretary of State for Energy in 2016. The project will reportedly consist of up to 300 turbines and could power up to 1.6 million homes per year.

Hornsea Project Three has also been proposed. According to Ørsted it could be capable of generating up to 2.4GW of electricity, enough to meet the average daily needs of more than 2 million homes. 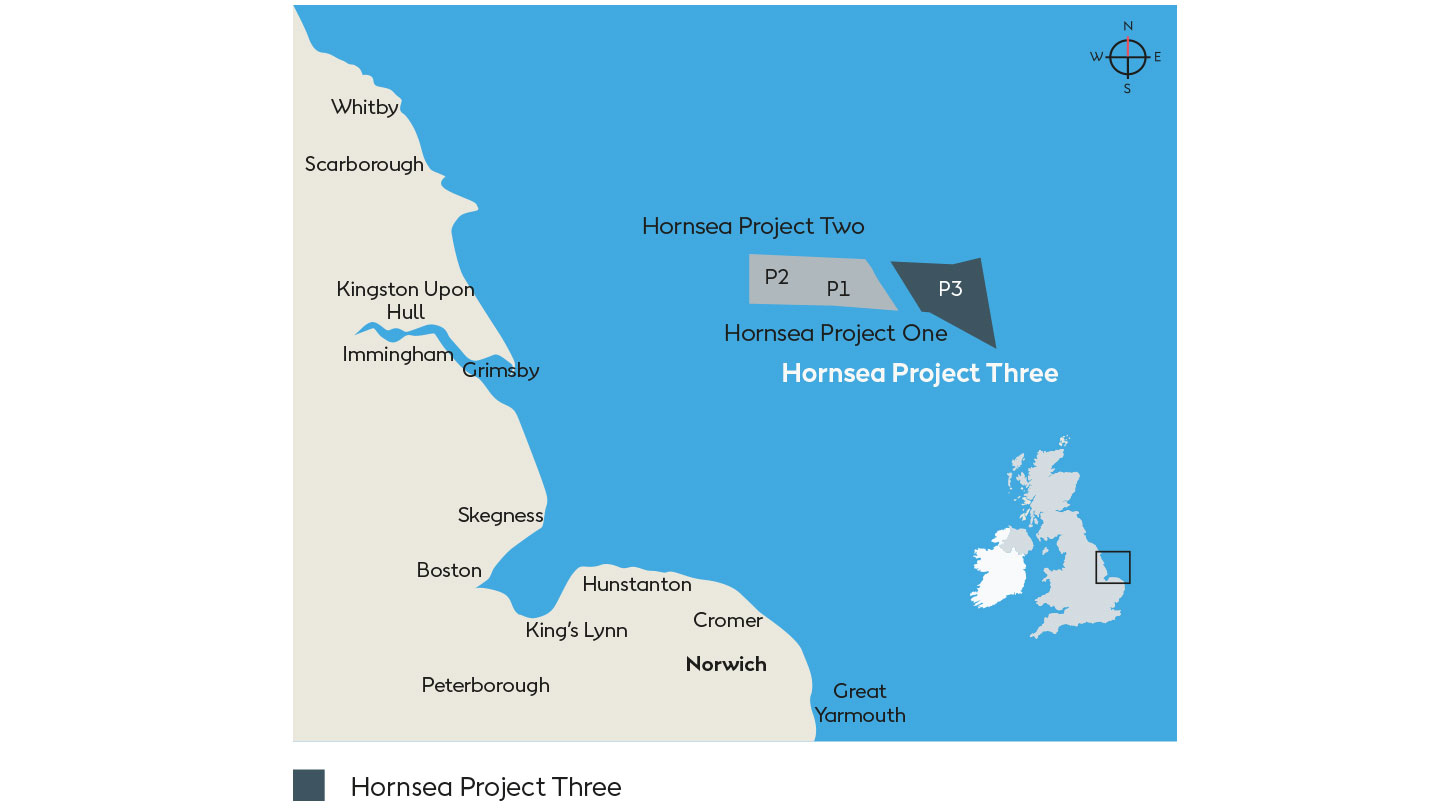 Last year renewable energy supplied a record 33% of the UK’s electricity, opposed to 19% from nuclear. As technology advances, renewable energy has become cheaper and the logical energy source.

Hinkley C, the nuclear power plant in Somerset is years behind schedule, and billions over budget. Alongside Hinkley, there were five other plants with nuclear proposals: Moorside (Cumbria), Wylfa (Wales), Oldbury (West Midlands), Bradwell (Essex) and Sizewell (Suffolk).

Three have been scrapped and two are yet to be approved. Of the eight sites currently generating power, the Nuclear Industry Association (NIA) report that only one is due to be in use by 2030.

The first carbon dioxide has been captured using C-Capture technology at Drax Power Station in their bioenergy carbon capture and storage (BECCS) pilot.

It is the first-time carbon dioxide has been captured from the combustion of a 100% biomass feedstock anywhere in the world according to Drax.

Data being obtained about the CO2 capture process will continue to be analysed throughout the pilot to fully understand the potential of the technology and how it could be scaled up.

The renewable sector is rapidly growing, its technology advancing and its costs decreasing, while nuclear remains an expensive and complex option that is becoming less appealing.

Can renewable energy be created on the same scale as nuclear? As nuclear power plants shut down and reach their operational expiry date, their contributions to the UK’s energy mix becomes increasingly irrelevant.

With projects like Hornsea One, Two and Three in the pipeline, it seems renewable energy has gained notable momentum and if executed well, could mean its perhaps only a matter of time until nuclear is phased out entirely.