Conversations around technology tend to focus on job displacement and changing skills requirements, but perhaps we can broaden our thinking to a more nuanced perspective on how humans and work could benefit from wearable technology.

The possibilities offered by virtual and augmented reality (VR and AR) for learning and practising skills are gaining the attention of many organisations.

If we can realistically simulate environments found in manufacturing, aerospace, surgery or the military, but without huge cost or danger, then it may be possible to learn and practise associated skills more easily.

VR technology can already enable us to experience environments that are inaccessible in reality; for example, viewing the inner mechanisms of machinery.

Wearable technologies, including smart glasses and haptic gloves, are tools which can amplify individual human capabilities in a variety of industrial contexts, ranging from worker training and warehousing to virtual assembly.

Manufacturing companies are already starting to invest in such technologies, both as tools to increase human productivity and improve quality control, and as an alternative approach to training.

However, so far there is a woeful lack of research that has examined the efficacy of wearable technology for these purposes.

A team at the Institute for Manufacturing (IfM) are beginning to address this research gap.

In one of their recent projects the team investigated the effectiveness of virtual reality and haptic gloves for learning new skills. Haptic gloves give human hands feedback information – this could be through vibration or force or other touch-sensual feedback.

Some gloves use air bubbles that can be pumped up to give specific sensations, such as feeling a spider walking across a hand. Others provide vibration and force feedback: if a human grabs an object like a mug in virtual reality, the gloves hold the fingers in place to simulate the gripping sensation.

These technologies are still in their infancy in terms of technological development, but they are likely to become increasingly sophisticated over the next few years. And it is already possible to start examining their potential role in human training and task performance.

In September, the IfM research team spent two weeks at EEF’s Technology Training Centre in Birmingham, working with 140 apprentices and around 100 members of staff with different backgrounds, ages and experience.

Participants were taught a new skill – the assembly of a tractor clutch provided by John Deere – using three different approaches. The first group was asked to follow paper-based instructions.

The second group used VR technology with two controllers and a headset – a ‘standard’ consumer-grade version that is already sold in shops – to assemble a virtual version of the clutch.

The third group were given haptic gloves with force-feedback and a headset, again learning by assembling a virtual version.

All three groups were then asked to perform the same clutch assembly task in reality with a real clutch, and performance was measured and compared across the three training methods.

Data from the experiment is still being analysed, but preliminary analysis indicates that the group using the commercially available VR headset and controllers had a slightly stronger performance after the training.

Various factors may be at play in influencing this – not least that participants using the gloves had to get used to operating them, as well as simultaneously focusing on the assembly process.

Impact on productivity and quality

The IfM research team has also run a recent experiment to investigate how augmented reality affects human work in an industrial setting, focusing on the technology’s effect on productivity and work quality.

Two groups of participants were given instructions for fixing a damaged car windshield – either via smart glasses or via a smartphone app.

Smart glasses are wearable, head-mounted displays with multiple sensors and processing capabilities, which superimpose information or virtual objects onto real-world settings in real time: ‘augmented’ reality rather than ‘virtual’ reality.

The results were intriguing. Subjects who were using smart glasses in this experiment delivered a higher quality of work and a faster performance than those using smartphones.

When the experiment was repeated with the same subjects four weeks later to look at learning retention, both of the groups improved on their original performance, but the increase in productivity of those assisted with smart glasses was substantially better than those using smartphones.

Developing further research across different types of tasks and comparing different technologies will help to deepen our understanding of the effect AR could have on industrial training and work.

Will VR and AR tools become widely used as training methodologies in the future? Much depends on how the technologies develop.

For example, as haptic gloves become more sophisticated, we can envisage that simulations will become more realistic and it will become easier to manipulate things in VR.

As this happens, we expect the value for training purposes to improve. Similarly, the capabilities provided by AR and head-mounted displays, such as smart glasses, could increase training benefit in the future.

Therefore, it is worthwhile to experiment and start building a scientific understanding of how such technology can help in its current form, and keep measuring improvements over time as development progresses.

VR technology may be more powerful for skills development and support for particular types of tasks, which is another area where deeper research would be beneficial.

For example, haptic gloves (in their current stage of development) may demonstrate a stronger benefit for training for procedural tasks where each stage of assembly is straightforward, like tightening a screw, but where the order required to perform the task isn’t always clear.

For skills requiring a lot of dexterity, we may need to wait for technological development of the gloves before we start to see an impact compared with conventional training.

Geographic location is an interesting factor too. For distributed teams spread across different sites, using VR technology could enable people to experience the same training or working environment without the need to travel.

There could be much wider benefits in terms of co-working, sharing environments where skills can be demonstrated and transferred between people in different places.

We’re really only just starting to uncover the potential benefits of what’s possible with wearable technology, and there is much more research work to be done to demonstrate the impact for training and skills development, as well as on productivity and quality improvements. 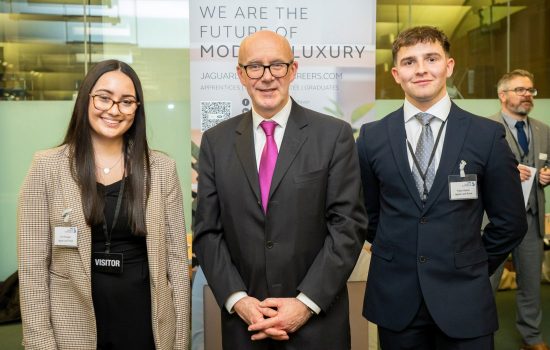