Digitalisation, Automation and AI: Are the fears and promises justified?

Leading figures in UK manufacturing recently met to discuss how to capitalise on the wealth of opportunities enabled by emerging technologies, and assess whether fears over automation, digitalisation, and artificial intelligence are justified.

The increasing use of automation, digitalisation, and artificial intelligence (AI) within manufacturing is inevitable, and the reasons are simple: it improves efficiency and it saves money (even though the initials costs can be large).

The manufacturing industry must surely learn to ‘love the smart machines’ and integrate them into work processes.

So, what do some of the industry’s big players think the future holds?

The Manufacturer’s latest Directors’ Forum Dinner, co-hosted by Tata Consultancy Services, brought together manufacturing executives representing businesses operating in a broad cross-section of sectors, to discuss automation as a disruptive force, digitalisation and how to assess the AI business case.

“If you could create brand new factories, with brand new workforces, who’ve never seen automation technology, then life would be a breeze,” said one operations director. “But, everyone’s bringing the skepticism.”

We now have a mixed community in the workforce, he added, with school leavers working alongside people approaching retirement. We’ve spent 30 years being told to ‘stay away from machines’, and now we’re asking staff to work with a collaborative robot [‘cobot’], where extensive physical interaction is required.

“We still have some people who were there at the beginning of their careers, and now we’re saying, ‘this is your new best friend’, this is your aid to help you to do dirty and dangerous tasks,” he continued. As such, the human element has to be factored in. 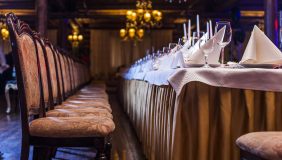 Are you a senior decision-maker working for a UK-based manufacturer?

Would you like to become a member of The Manufacturer Director’s Forum?

Apply to join via [email protected]

The need for integration

The challenge lies in integrating smart machines in a way that is predictable, safe and maintains your ongoing operation while you’re busy conducting these very large experiments, said another delegate.

“Currently, nobody credible is stepping into the space to act as an end-to-end integrator, essentially because there are so many variables,” he noted.

“There are lots of people who say they can do it, but anyone who can step in and do it knowledgeably and credibly – and take the risk onboard – to give manufacturers a one-stop-shop and certainty of outcome, will get to the top of the pile.”

Today, he argued, nobody is prepared to underwrite that risk as they only have a slice of the integration.

“We can’t stop the transformation were going through with digitalisation,” said a senior aviation executive. “It’s just about taking small steps with the people, for example manufacturing execution systems (MES).

“The guys on our shop floor hated it – it didn’t work for them. Then we go through a change curve and within 12 months they’re threatening to walk out if it’s taken away.”

This process is all part of a culture change (being seen in many companies), allowing manufacturers to take their employees and customers on a journey and convince them to embrace new ways of working.

“When we first implemented our monitoring machines, collecting the data and enabling us to plan for predictive maintenance, the workers were taking time out of their jobs, and they just didn’t want them,” added the aviation executive.

We can get past this type of situation by letting employees know that we’re not doing this ‘to’ them but rather we’re taking them ‘with’ us on the journey, he argued. “Yes, we’re speeding up the process, but that means you can then move onto more rewarding, value-added tasks.”

“Yes, we’ve got people who’ve been with the company for 40 years, and I think it’s fundamental that we take them on the cultural journey and make sure that we’re giving them the opportunity to embrace digitalisation,” said another delegate.

“We need to take these guys on the cultural change and make them want to collaborate with robots to gain the business benefit, to work in partnership with digital technology, etc.”

“We’re already using AI to gather and assess data for preventative maintenance, added the operations director, and it appears to him as though it’s just a question on bolting technology onto our machines, another small incremental step. “It also needs early adopters to pull this technology through,” he added.

The agony of choice

Another attendee, a senior manager from a scientific product manufacturer, argued that the range of “small steps” you can try can be overwhelming.

“The range of things you can do and try is huge, so which one do you pick? Which one is going to make the fundamental difference, as they all add bits of value?

“You can spend a lot of time doing a lot of things and still not really add a lot of value to your organisation. In fact, we often end up going back to the customer and finding information that is going to differentiate us from the pack,” he added.

Another attendee pointed to the communication problems when older and younger generations work together.

“People of my [older] generation talk about digital technology without necessarily knowing what it means,” he said.

“Younger graduates, who’ve grown up with this technology, listen to people like me, and if they wanted to be rude – and ask me lots of clever questions – I wouldn’t have a clue how to answer and would look like a complete fool.”

To solve this issue, he pointed to a recent example from within his own company of a relatively junior engineer being promoted to run a large business unit, specifically because the engineer had technical knowledge and an appreciation of digitalisation, something another attendee described as a “massive cultural step forward”.

Overall, the delegates agreed that new forms of technology – though sometimes hard to implement and difficult to place effectively within an organisation – will be of benefit.

In fact, there was a mood of inevitability about the use of robotics and AI, such are the business benefits they can bring.

However, it may not be the technology itself that turns out to be the real problem, but the attitude of employees entrenched in old ways of working, many of whom will need convincing of the need for radical change.

All unattributed images courtesy of Depositphotos.