With the second annual National Manufacturing Summit (NMS) a mere fortnight away, The Manufacturer Editor Joe Bush caught up with Dr Clive Hickman, CEO of the Manufacturing Technology Centre to find out more about the event and what attendees can expect.

What are the key themes and focus areas for NMS 2022?

CH: With the National Manufacturing Summit coming close on the heels of COP26 it will focus on the vision and ambition for net zero. It will look at how we can realise that vision from a manufacturing sector perspective, recognise what the challenges are, and then look at how we embrace the opportunities to take it forward.

This is the second edition of the NMS – how does it differ from the first?

The real difficulty with the first summit was that it took place in the middle of a lockdown. That meant, of course, that we had to host everything as a virtual rather than physical event, which made it much more complicated.

This time round, we’re not only going to be able to hold a physical face-to-face event, but we’ll also be able to take onboard the lessons from the previous virtual event and host the summit virtually as well. So we’ve got the benefits of both worlds, having learned the way to host a virtual event, and use that alongside the face-to-face summit, which gives us some real opportunities for broader audience participation. And for a much broader audience in general, being the second summit in the series. The first one was well received and we’ve had lots of encouragement to do this on an annual basis.

People will be joining us from all sides of manufacturing. Not just manufacturing engineers, but banks will be there supporting the event, as will people from government, academia, and we will also have national and international representation which will be great going forward.

What are some of the major challenges around achieving net zero?

In addition to the practical considerations around how we eliminate carbon from the supply chain, there are also cultural challenges to consider. For example, as we move from internal combustion engines to electric vehicles, we’re going to have a large workforce that currently make engines (around 53,000 people) whose jobs will be displaced, so we need to look at how we upskill and rescale those people to take on the new roles and the challenges that will come from a zero carbon environment – that’s going to be really important.

So, how can we use robotics and automation, for example, to improve the capability to deliver on net zero? How can we look at hydrogen as a potential fuel source for that, alongside other renewables? What can we do to reshore our supply chains to take that carbon out of the equation? What can we do to improve productivity, so that we use less materials and energy, and therefore reduce the carbon content, and therefore the total energy content?

It will also be vital to look at some of the emerging technologies that are going to help us reduce the total footprints that we make in the future. I’ve mentioned automation, but there is also additive manufacturing, and how we can use materials in more efficient ways. As an example, we’ve been doing some work on engine casings for jet engines where currently 500kg ring roll forgings are used. We can make that out of a 50kg additive manufactured part. That’s taking a large quantum out of the material content.

Achieving net zero will take collaboration – how do we ensure that we maximise those partnerships and collaborations?

The Manufacturing Technology Centre (MTC), and the work that the High Value Manufacturing Catapult (HVMC) does, is a real example of how those collaborations can work. If you look across that catapult network, and the things that the MTC do, we have stakeholders from government, industry and academia across the supply chain.

So, we get to the situation where if you’re working in an MTC or catapult environment, instead of having a customer supplier relationship, you generate partnership relationships, and when you do that, you actually generate much more collaboration, and you generate better solutions for the longer term.

Who are the key influencers who will be contributing to the NMS?

We’ve currently got Kwasi Kwarteng, Secretary of State at the Department of Business, Energy and Industrial Strategy (BEIS) joining us. The Chairman of Lloyds Bank, Robin Budenberg is going to be there, as will Lord Karan Bilimoria, President of the CBI, and Dame Judith Hackitt, Chair of Make UK.

Those are some of the key leaders, but we’re also looking for some international speakers and other key leaders from industry, government and academia. So we’re going to have some really high profile people engaged in the process. And I think the fact we have those people, it means that others want to be part of it and it becomes a magnet for others to want to join us.

What will be some of the key takeaways for attendees?

We’re fortunate that this is going to be one of the first opportunities where the sector, at a national level, can come together to discuss their priorities – not just for 2022 but for the next decade. We’re passionate about manufacturing, and we believe that the sector has the ability to impact society positively and has a major place for the future of manufacturing on a world stage.

We also think the UK needs to be the place where we start to lead that – regaining that initiative as a world leader in manufacturing and move up the league table in terms of where we are right now. And if you look at some of the technologies that are emerging, such as the laser processing work that’s being done at MTC, and the work that’s being done on composites at the National Composites Centre, all of those things give us an opportunity to set the agenda for the future so we can lead the way on net zero from a manufacturing perspective.

I also think that there’s a major opportunity around Giga factories, and around semiconductor manufacturing due to the fact that we’ve not really been at the forefront of that in recent years. But when you look at the supply chain issues that are currently exist for semiconductors, we’ve got a massive opportunity in the UK.

I think that when you look at batteries, per se, and how we reuse and recycle batteries into vehicles, I think that’s going to be really important for manufacturing in the UK for the future. So you link some of the product requirements, along with the advanced manufacturing technology that has been developed here in the UK, not only at MTC, but across the nation, we really have a strong position for the future. We just need that little bit of support from governments. We need that impetus where we get together as teams to work more collaboratively. Do that and the UK has the potential to be truly game-changing. 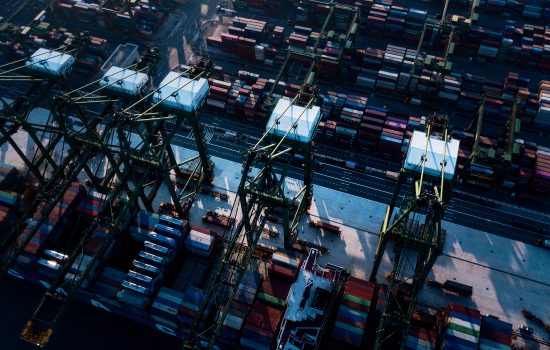