Europe’s top automotive representatives have called on UK and EU leaders to rule out a no-deal Brexit, fearing the results would be “catastrophic” for the industry.

As many as 23 signatories from the Automotive Association have warned that application of WTO tariffs on cars and vans could spell an extra €5.7bn (£5bn) to the collective EU-UK auto trade bill, causing harm to an industry that is “one of the EU’s biggest success stories”.

Industry chiefs from lead organisations, representing vehicle and parts manufacturers across the EU, made the impassioned plea to preserve “one of Europe’s most valuable economic assets”, which currently produces 19.1 million vehicles a year and employs 13.8 million people sector wide. 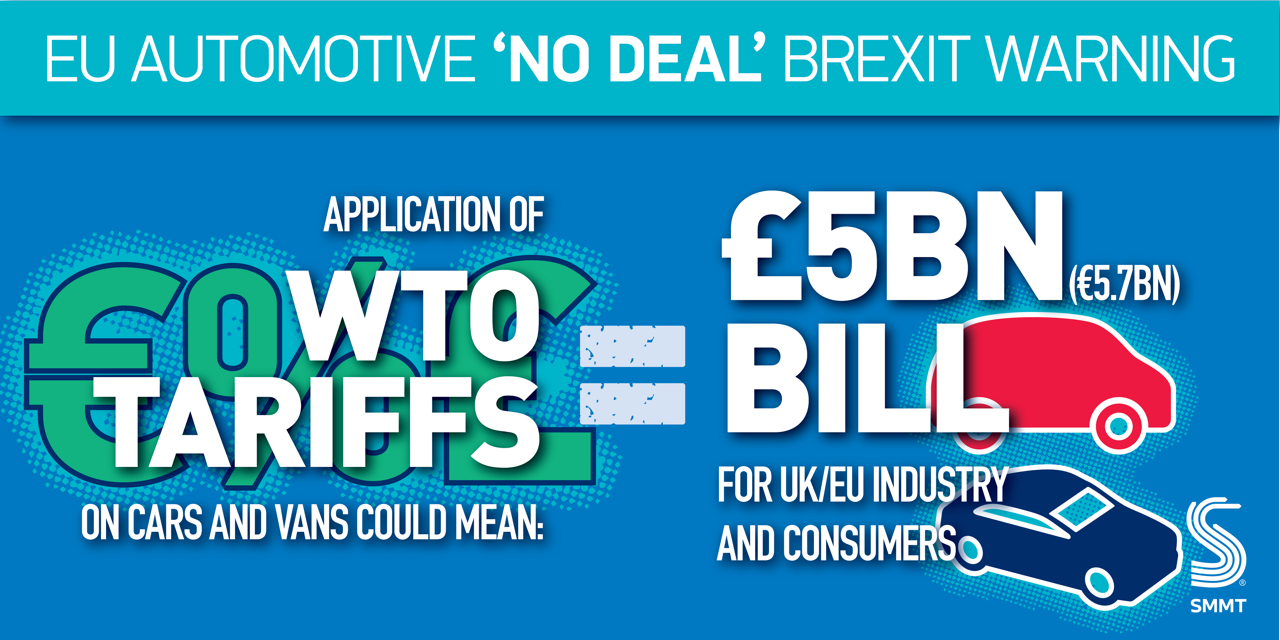 With little over one month before the UK leaves the European Union, the group said a barrier-free trade agreement is “crucial” for continued success of the deeply integrated pan-European relationship, currently representing one in 16 of the EU’s workforce.

The UK’s departure from the EU without a deal would trigger a “seismic shift in trading conditions”, it said, potentially creating billions of Euros of tariffs that could threaten consumer choice and affordability.

It added that an end to barrier-free trade could disrupt the industry’s just-in-time operating model, with the cost of one minute of production stoppage in the UK amounting to €54,700 (£50,000). Manufacturers and customers absorbing the cost of an extra €5.7bn (£5bn) to the collective EU-UK auto trade bill “must be avoided” via and orderly withdrawal from the EU, it said. 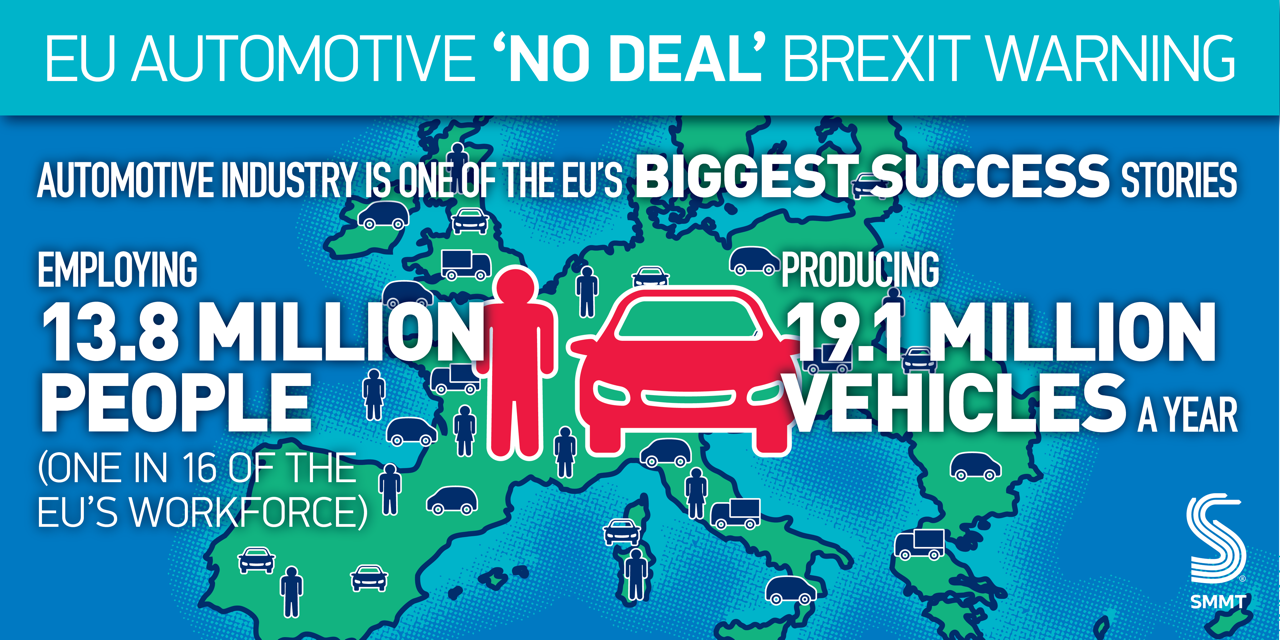 The Committee of French Automobile Manufacturers (CCFA), the German Association of the Automotive Industry (VDA), and the Society of Motor Manufacturers and Traders (SMMT) are among the 23 signatories.

The report, which disclosed the environmental, economic, and social gains achieved by UK automotive businesses over the past two decades, revealed an £82bn turnover in 2018 – up from 70% since the first report. 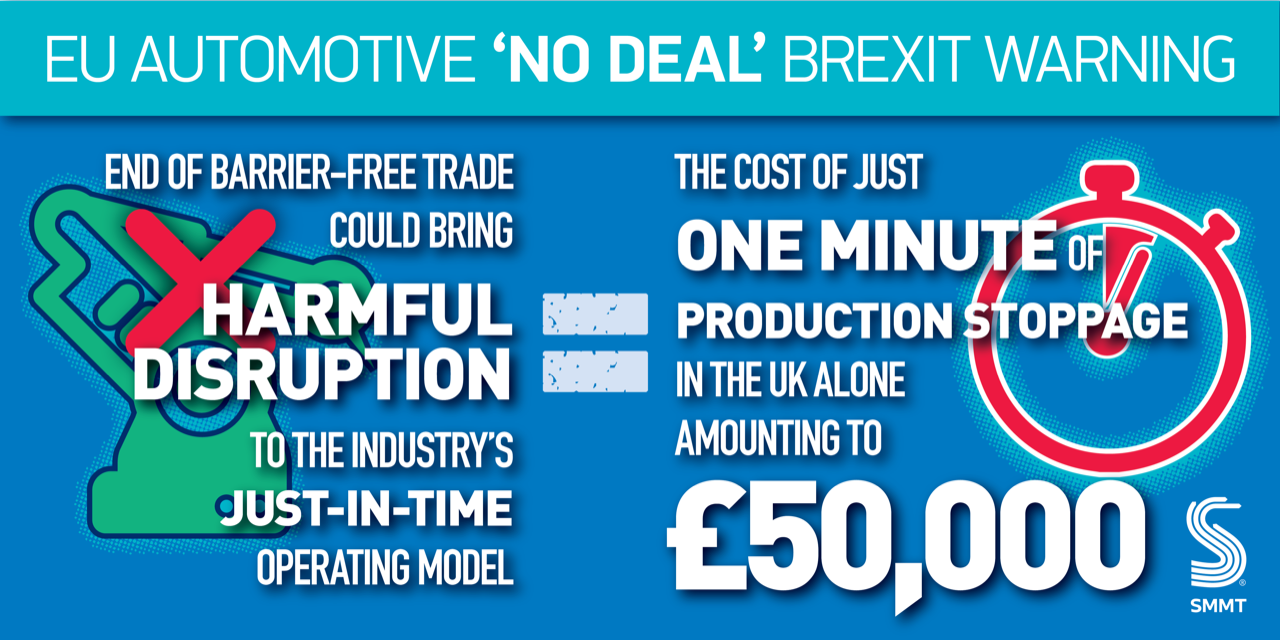 The SMMT said at the time the UK automotive sector was one of the most efficient in Europe, outperforming the EU average for energy, CO2 and water, thanks largely to strict efficiency targets and continuous improvement and refinement of manufacturing processes.

It added that Brexit remains the “biggest threat” to the future competitiveness of UK Automotive, and that the country’s future relationship with the EU “must deliver frictionless trade, assure our competitiveness and create a supportive business environment ready for investment”.

She added: “Frictionless and tariff-free trade, as well as regulatory certainty, is vital. Brexit, particularly a no-deal Brexit, has a negative effect on all these aspects. A no-deal Brexit will be seriously damaging to the supplier’s industry in Europe and the UK and must be avoided.”

“A no-deal Brexit would have an immediate and devastating impact on the industry, undermining competitiveness and causing irreversible and severe damage. UK and EU negotiators have a responsibility to work together to agree a deal or risk destroying this vital pillar of our economies.”

What impact is additive manufacturing having on the design and production of supercars?