An unassuming and typical industrial estate on the outskirts of Liverpool is perhaps not the obvious place you’d expect to find EMC/EMP filter equipment that is integral to a myriad of high-tech end applications including the Typhoon Eurofighter, the QEII aircraft carriers and even Airforce One.

However, that is exactly what you’ll find when walking through the door at MPE. Today’s next-generation military vehicles, aircraft and naval vessels are jam-packed with electronic systems that provide mission critical functions such as navigation, communications and weapons guidance systems, and as such require EMC/EMP equipment.

All electronic devices have the potential to emit electromagnetic fields. With the proliferation of electronic devices, and due to the close proximity of this equipment, there is therefore, a huge potential for the frequencies of these devices to interfere with each other. While undoubtedly an inconvenience if this happened to your TV, smart speaker or mobile phone, the consequences of interference within a mission critical application could be catastrophic. MPE’s EMC (or electromagnetic compatibility) filters ensure that this does not happen.

In addition, the company also provide EMP (electro-magnetic pulse) protection filters, which protect critical installations from high power currents or surges. These can originate naturally, for example from lightning strikes, or from malicious actors or cyber attacks – an increasing problem.

“Our aim is to be the number one supplier of high-performance EMC and EMP filter solutions,” said MPE Managing Director, David Seabury. “Our focus is all about the quality, reliability and performance of the product.

“We are fairly unique among filter manufacturers in that we do a lot of manufacturing on-site from base materials or components. We wind our own plastic film capacitors, fabricate our own boxes, wind our own chokes and assemble everything here. A lot of our competitors just assemble and have to buy commercially available product. This gives us a massive advantage in terms of customisation and controlling supply chains.”

“Across the last five years we’ve seen a definite trend for higher current and higher power requirements. Defence and commercial applications like data centres have put in increasing amounts of equipment within their facilities so the requirements for higher current protection filters are just increasing,” said Paul Currie, Director at MPE. “Five years ago we would have seen an 800A or 1,200A as an unusually large filter; now we produce those every week, and we now cater for filters right up to 4,800A.

“The move to digitalisation within the markets we serve is only going to drive the need for more equipment, which is more power hungry. And that is going to require larger filters from MPE.”

That being the case, while many manufacturers have gone through a period of austerity during the last few years, MPE has grown significantly. MPE’s overall revenues have almost doubled since the start of 2019 from £4m to £8m, and last year exported to a record 28 territories. And, for its performance last year, MPE was named as one of the top ten growth organisations in the North West of England.

“We’re going to see more markets around the world wake up to the need of this technology,” Paul added. “In terms of the direction for us, we’ve been investing in the research of future EMP technologies, and over the last two years we’ve had patent families granted in the UK, the EU and the US. We’re now working on the introduction of that technology into the productisation of our equipment.”

“We went into COVID in a very strong position,” added David. “We’ve always had a strong balance sheet, and the fact that we’re vertically integrated and we can make a lot of our components in-house, gives us a huge advantage so if we have an issue with one particular material, for example, it’s very easy for us to swap it out for another.”

Challenges Of course, there have been some pretty choppy waters for UK manufacturers to navigate in recent times, and it hasn’t all been plain sailing for MPE. As previously mentioned, the company’s edge over its competitors is that it manufactures on-site rather than just assembles, and therefore, has greater control over its supply chains. However, just about all manufacturers have felt the supply chain pinch and Paul highlighted that this is now MPE’s single biggest challenge, so much so that the company now holds considerably more inventory compared to pre-pandemic levels.

“Prior to COVID-19 some of our components would have a 12 week lead time, for example; now that has doubled,” continued Paul. “Therefore, we’ve looked at that issue over the last two years and we’ve migrated a lot of our supply chain to the UK. Where that’s not been possible, we’ve worked hard with our overseas suppliers, and they now hold increased inventory at their own sites that are segregated for MPE use. We’ve also collaborated with our client base to understand their forward forecasts for orders so that we can schedule our production to meet those demands.”

There has of course been the added challenges of sustainability and skills. Around the drive to net zero Paul explained that there has been both a practical and a cultural challenge at the company. MPE has reduced its reliance on packaging, which is now all sourced from recyclable materials, has removed single use plastics from the site, and last year finished the migration of all company vehicles to electric. “Culturally we’re trying to encourage everybody to think about sustainability in their daily routines; we’ve encouraged staff surveys of travel to work and taken part in cycle to work schemes and the like,” he continued.

Recruitment is also a growing challenge, particularly for highly skilled individuals. Paul added: “We recognised that a number of years ago when we started our apprentice programme. We’re now in our sixth year, so we have apprentices from school leaving age right through to HND and degree level students. That investment will in turn, get repaid with their longevity with the business.

“We’ve also invested in our own staff. Over 50% of our people have now been trained in either business improvement or problem solving techniques to NVQ levels. Again, investment in our own talent is driving us forward, because recruitment is going to continue to be an increasing problem.” 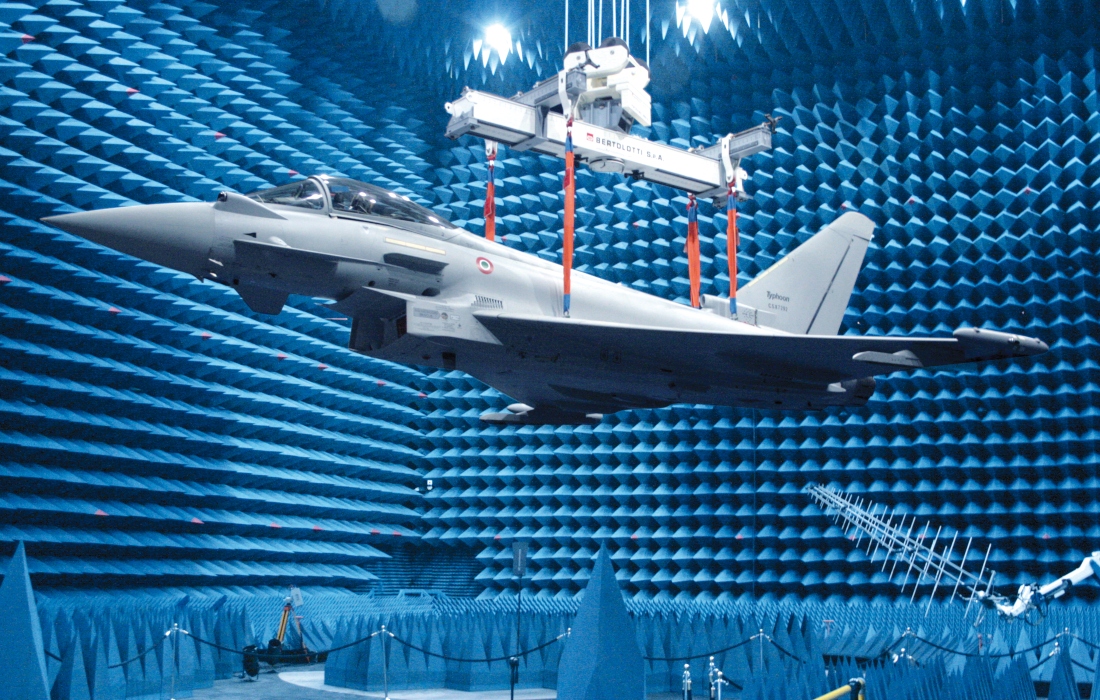 MPE has a contract for the supply of filters to the Eurofighter Typhoon aircraft. The filters are utilised within the MDLR PDS and the chaff dispenser programmes and are designed to provide the highest level of electromechanical interference protection for these systems. The Eurofighter is currently in service with the Austrian Air Force, the British Royal Air Force, the Italian Air Force, the Royal Saudi Air Force and the Spanish Air Force, with over 340 aircraft having been manufactured to date. 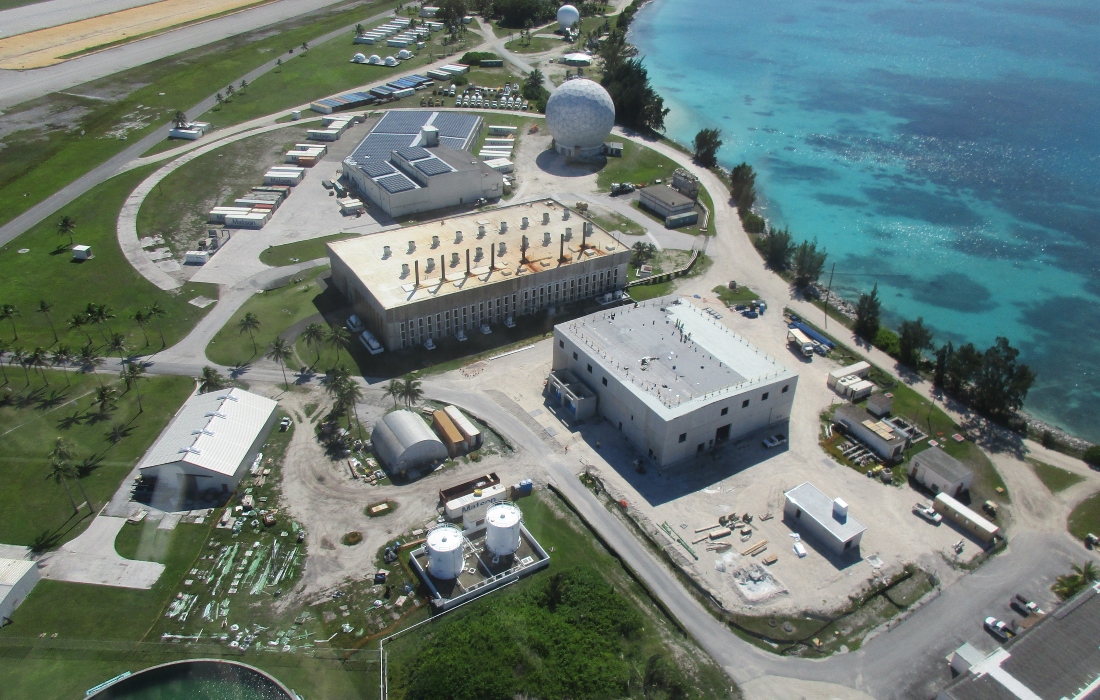 Almost 60 years after the first satellite was launched, space is becoming ever more cluttered with dead satellites, spent rocket boosters and sundry stray pieces of hardware. To help deal with the problem, MPE has supplied a suite of custom high-current EMC protection filters for applications in the US Air Force’s Space Fence programme. Space Fence is a second generation space radar system to track the increasing amount of space debris and artificial satellites in the Earth’s orbit and avoid potential collisions. The system can track around 200,000 objects and make 1.5 million observations per day.

The first Space Fence facility is located at Kwajalein Atoll in the Marshall Islands, with an option for a second ground-based space scanning radar site to follow in Western Australia. The custom EMC filters provided by MPE were designed to meet the demanding performance specification. All units were manufactured in their entirety at MPE and individually tested and certified ahead of shipping to the US for subsystem integration.

Alongside the demanding performance criteria, of particular importance was the space envelope taken up by the EMC filters and the mechanical design to allow ease of integration to the subsystems onsite. The custom filter suite delivered by MPE comprised a wide range of units for use on low current through to very high current applications. 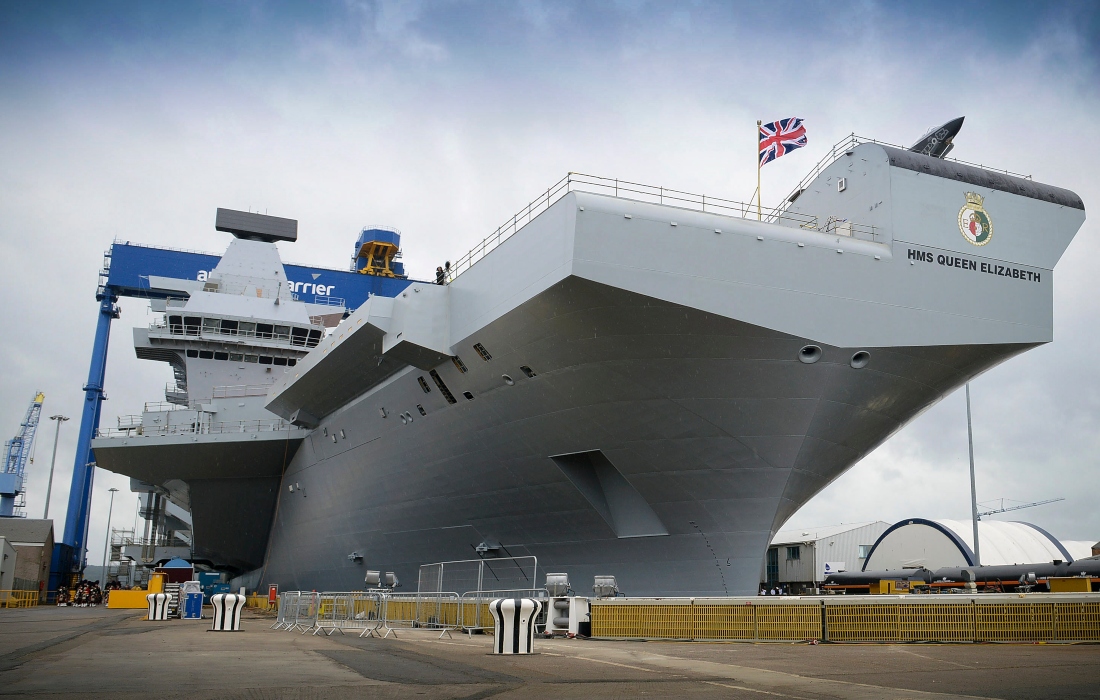 The Queen Elizabeth class comprises two new aircraft carrier platforms, the HMS Queen Elizabeth and the HMS Prince of Wales. Each vessel has a displacement of some 70,600 tonnes, is 280 metres long and is designed to have a tailored air group of up to 40 aircraft.

These are the largest warships ever constructed for the Royal Navy. Each vessel has the capability to house 679 crew, not including the air element, with total berths for up to 1,600 personnel. The vessel’s design demanded that EMC filter units were installed to filter the power supplies entering black leakage path equipment within onboard TEMPEST compartments.

In total, MPE has supplied 66 filters for the Queen Elizabeth class, comprising ten different designs of filter. These filters have ranged from 6A through to 63A and included both single-phase and three-phase variants from MPE’s standard and low-leakage performance ranges. Each filter has also been mechanically customised with a bespoke earth stud design to suit the application.