Five megatrends that will radically change our world

Industry and commerce will be profoundly affected by five megatrends that will radically change the world as we know it, according to the visionaries at Schneider Electric. Ruari McCallion met them at the Life is On: Innovation Summit in Paris.

Around the time the first edition of TM was published, in the late 1990s, Schneider Electric was presented with the Computerworld Smithsonian Award for innovation.

The citation talked of their success in bringing Ethernet standards to Internet communications; of connected products and systems that operate as part of a larger system of systems, smart plants and machines; of embedded intelligence integrated to enable the smart enterprise, to increase cyber security and improve safety.

In short, it was talking about the Internet of Things (IoT) before the term was even invented, and before mass adoption of the internet itself.

Last month in Paris, the company hosted an Innovation Summit that briefly dwelt on the past as the means of putting into context the current challenges and developments, and how they are being met.

In his keynote speech, CEO Jean-Pascal Tricoire talked of redefining power and automation for a new world of energy that is more electric, decarbonised, decentralised and digitised. He identified a number of ‘megatrends’ that will, he maintained, affect industry and commerce across the world.

By 2040, the world’s urban population will have increased by 2.5 billion, requiring a new city the size of Hong Kong approximately every month, for the next 25 years.

The existing building stock, especially in Europe and North America, is pretty old and inefficient, which offers opportunities to make major strides forward in improving performance.

Currently, heating, lighting, ventilation, air conditioning and power circuits all run separately from each other, and that means they are ‘stupid’ – they don’t know when to turn on or off. They have to be told. 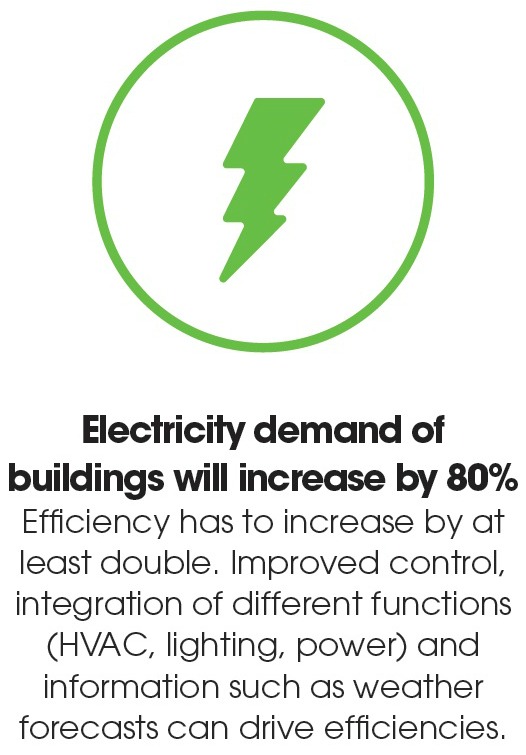 “We are able to take an average building as it is, and achieve a 30% gain in energy efficiency. We have already applied these technologies to our own HQ.”

Solutions include ensuring power is on only when it’s needed – not just switching lights off overnight, but knowing when meetings are scheduled, therefore setting heat and light for occupation, not for vacant periods.

Think of what it means for the temperamental British summer: is it going to be warm or cold? Probably both – but when? The technology will be able to adapt to that, Perducat said.

“As we get smarter, we will get more source information. Data can come from energy management, from the parameters of the building itself and, for example, weather forecasts.”

The control systems need particular algorithms to manage the heating or cooling of your building, depending on whether the temperature outside is going to rise or fall and how humidity will affect the pattern. 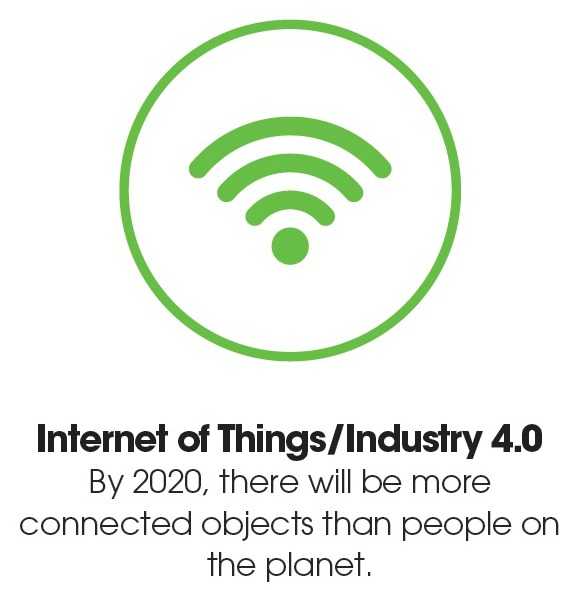 “We are working on these kinds of algorithms, on the integration of occupancy, adjustment of comfort and heating, how many people will be in the meeting room. As technology evolves it will enable us to do different things,” he added.

“It will allow us first to capture more information,” he went on, “different types of information and from more sources, with new types of sensors, including people interacting with their smartphones.”

Perducat says control rooms will change as well, because people will simply not be able to process the massive amounts of additional data themselves anymore, so processes will become increasingly automated.

It is already happening, as IT moves from simply data gathering to analytics. “Customers don’t want just more information, more graphics, and more elements,” Perducat said. “They want scenarios and recommendations of actions. They want to receive reports where we draft action plans of what they have to do in their facility. Prediction and prescription is going to become stronger and stronger.”

IoT and the supply chain 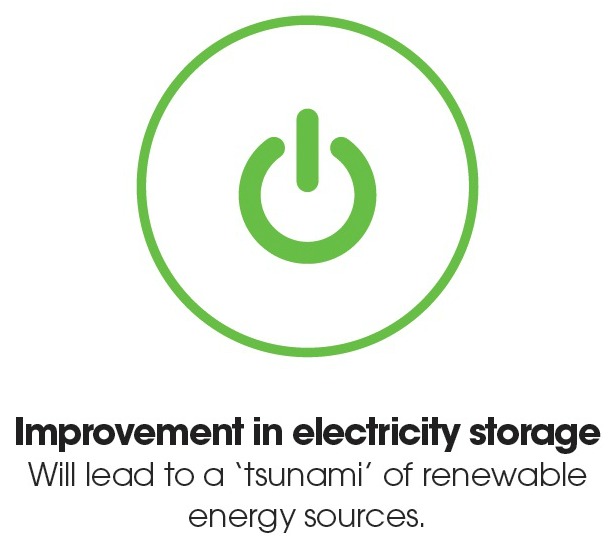 While a building is stable and self-contained, allowing the improvements Perducat described to be achieved within a finite ‘landscape’, the manufacturing supply chain offers a completely different challenge.

It extends across the world, and is fluid, with goods passing along its length. It also ‘writhes’ as it makes its way through a changing number of commodity sources, contractors and suppliers. This fluidity poses problems for manufacturers striving to control and reduce the unit costs of production.

“To generate value from your organisation you have to have transparency and you need connectivity, based on open standards,” said Clemens Blum, executive VP at Schneider Electrical. 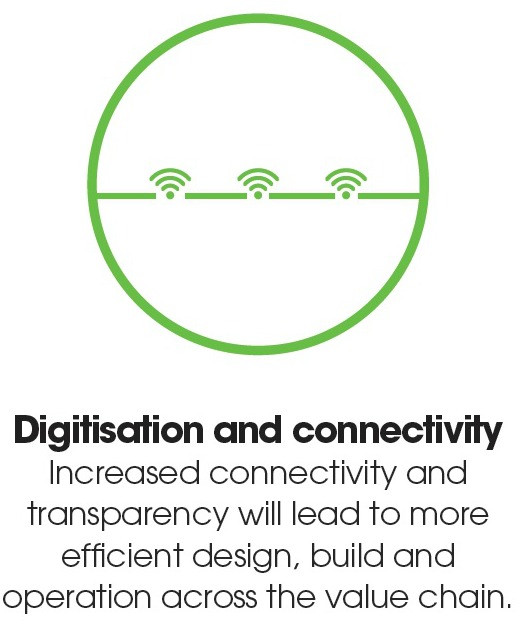 He believes the system must be scalable, so that smaller organisations can also be involved, although there, and indeed should be, limits. Does an OEM need to know exactly what is going on in a small jobshop in Northern China? Blum argues not.

“The whole discussion is about what is relevant information and how you can provide it, in the right timeframe, to the relevant person and what value they can make with it,” he said. “We have identified the areas we believe we have to focus on to stay ahead of the curve and provide tangible value for the end user.”

The first is about improving efficiency by, for example, monitoring equipment performance and by effective, scheduled and preventive maintenance, already in place in many machines. Improving connectivity will help to raise those standards. The second aids performance through the application of OT or IT technology, connected in the appropriate way, and can be offered as an add-on to existing systems. The third is Smart Control of information, which will manifest itself at the interface between IT and OT. 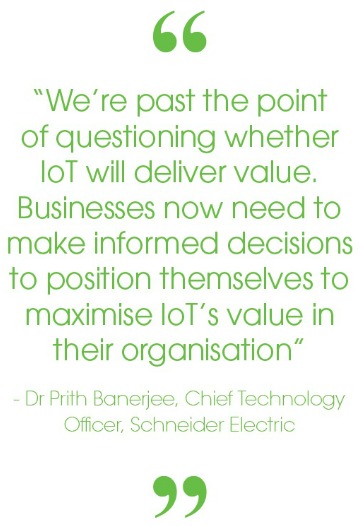 Getting the best out of this creeping revolution and connecting the value chain means that technology – including intelligent PLCs – has to be more open and transparent. This raises concerns in many minds about security – of data, intellectual property (IP), operations and manufacturing methodology, and vulnerability to security attacks on processes themselves.

Should companies be thinking of beefing up security at the expense of connectivity? “Each individual smart device has to be secure on its own,” said Blum.

“They have to be secure to the highest possible standards; that is part of every smart product offer and part of any certification. For example, our M580 ePAC (Ethernet Programmable Automation Controller) is certified to Achilles standard – it’s the first plc in the market to get that.” Security issues are now part of all discussions about architecture, new solutions and even around the installed base, some of which may predate the Internet. There is a new market emerging in cybersecurity – and Schneider is, of course, involved in it.

Where are things going over the next five years? How soon are these changes going to appear? The answers are that they are appearing already, and competitive businesses are embracing them. Not that there won’t be mishaps along the way, as the pace of change accelerates into the future.

“What is really the most important answer is what the whole IoT story brings next,” Blum said. “It is now atop a new dimension where you can really start to have more efficiency based on data that you can economically access, transmit and work with.”

And he made another, surprising point about the technology itself. “This is not being driven by industry; this is driven by the consumer, through economies of scale from smartphones, tablets and other devices.

“We would never have had it in industry. If you look at the quantities of CPUs that are consumed in the plc world – forget it. The smartphone is driving the cost down. The business behind it is driving all the economics behind cloud solutions, data centre investments and so on.

“The technology bricks that you get from this gives you very different opportunities. In terms of architecture, data accessibility, transmission and cheap storage are all based on economies of scale. On top of that is user friendliness; smart devices drive expectations of end users in the industrial world.”

So don’t deny your children a new smartphone; their demand is driving accessibility, transparency, productivity and competitiveness from one end of the supply chain to the other.