Posted on 6 Oct 2021 by The Manufacturer

If we want to decarbonise the railways, then electrification is “the gold-standard of zero-carbon transport solutions,” according to the Railway Industry Association. Electric trains – i.e. those powered by overhead cables or live ‘third/fourth rails’ – not only have proven performance, they are also lighter weight by virtue of not needing to carry fuel or the diesel drive train.

Modernising and electrifying a national rail network, however, is eye-wateringly expensive, and the UK presents several additional ‘practical impediments,’ according to the House of Lords Science and Technology Committee. Chief among them is confined space, according to the Committee’s recent Battery Strategy Goes Flat report.

The UK’s trains are narrower and shorter compared to other fleets, and its bridges and tunnels are lower. Overcoming these limitations requires bespoke solutions at yet further expense. This may be why, having committed to scrapping all diesel-only trains by 2040, the UK government’s rail electrification programme is “falling behind schedule,” the report concludes.

A situation not aided by a lack of strategy and long-term funding from Whitehall – a worrying trend of late. So, diesel trains are on the way out, around half of the network isn’t yet electrified and certain sections are simply too costly to electrify. With time running short, what’s the solution? Enter Vivarail, an innovative designer and manufacturer of battery and battery hybrid trains and the only UK business to be fully approved for passenger service.

The Manufacturer caught up with managing director, Steve McBride, to hear how Vivarail’s next generation battery traction systems and Fast Charge, its patented charger, are helping to get net zero rail travel back on track.

You recently moved your manufacturing base 25 miles up the M40 from Long Marston to Southam, what prompted the move?

Steve McBride: Primarily, to consolidate all our operations. The previous site had us split over a handful of different buildings and that made our working processes increasingly difficult to manage. Our new site has everything all under one roof and provides a seamless workflow from warehouse, design, engineering and production.

Has the move enabled you to refine your build process?

Absolutely. We are very much a bespoke manufacturer working to different specifications for each fleet we supply. To date, we’ve produced diesel electric trains, battery hybrid trains, third-rail models and pure battery; all of which had unique interior layouts and requirements.

Therefore, flexibility and adaptability is key to our operation. Everything is built around our modular systems, which means we can easily convert existing mid-life diesels trains to battery operation and save good quality rolling stock from being scrapped.

We’ve proved that we can do that successfully using our Class 230 platform [built on ex-London Underground D78 stock), but the principle is the same for other types of trains. At the heart of the platform is our traction batteries and our patented Fast Charge technology, combined with our sophisticated battery management, power electronics and traction control units. 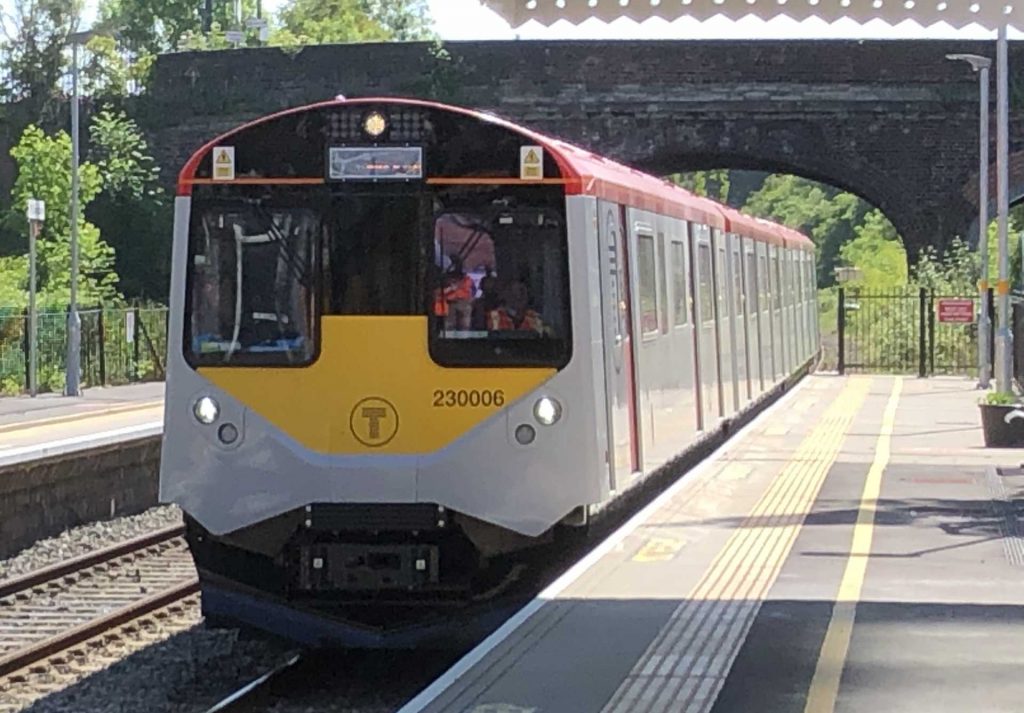 This package is what will be used to retraction diesel trains, and can also be added to other electric trains, such as those powered by overhead lines, to act as range extenders When combined, our package offers a range of up to 100km and can recharge in just 10 minutes, demonstrating that battery trains can easily meet the timetabling requirements for diesel units.

Without revealing the secret sauce, how does Fast Charge work?

The key to battery operation for rail is replicating the service and range of a diesel train. Diesel trains can run for several days before needing to refuel, but obviously they have to stop during a journey because of the service pattern.

If you locate charging points at these scheduled stops, then you’re not having any impact on the timetable. Our R&D team worked closely with our battery supplier, Hoppecke, to develop a system capable of replenishing a battery train to full power in just 10 minutes.

To call it a game changer would be an understatement. It meant redesigning the battery to accept the huge amount of power coming into it and special shoe gear capable of coping with the charging current. The high-performance train batteries are charged from trackside power storage banks, 20-foot shipping containers full of batteries [Vivarail intends to fill these banks with second-hand batteries possibly sourced from the automotive industry].

Lengths of conductor rail sit between the running rails, the train pulls to a stop in its normal place and, without any input from the driver, high current shoe gear connects to the conductor rail. An electronic handshake ensures it’s the right train in the right place and at the right time; and, once all the safety checks have been made, the train dictates how much power it needs.

The batteries are monitored constantly, with each cell being overseen by the battery management system. That enables the train to know exactly what it needs to replenish and balance its on-board batteries. Interspersing these Fast Charge stations throughout a journey essentially provides nigh on unlimited range. We worked with an international customer, for example, to model a 600-mile line operated with battery trains; and it was perfectly feasible and would provide a very good service pattern.

We call it ‘electrification by other means’. Overhead lines are the best way to power trains, there’s no doubt about that. If we had a completely electrified network, then why would you invest in any other type of technology? But it costs an absolute fortune and it takes forever. That’s why battery technology is going to be key to electrifying the network.

We’ve got this situation at the moment where diesel trains are running under the wires because they have to carry on beyond the wire to their ultimate destination. Using electric trains fitted with batteries as range extenders solves that problem.

Where does hydrogen fit in?

A hydrogen train is a battery train, you’re just using the on-board fuel cells to charge the batteries. We’ve already built a set of battery hybrid trains for Transport for Wales and that design is as equally suited to hydrogen fuel cells as it to a traditional diesel engine.

However, currently there is no hydrogen infrastructure in the UK and you’ve also got to accommodate the fuel cell and tanks onto the train. That might mean sacrificing passenger space. Hydrogen is regarded as something of a silver bullet, particularly in Whitehall, but there are lot of factors that go against it.

What are the big growth opportunities for you?

As the decarbonisation movement continues to accelerate around the world, the greater the growth opportunities for Vivarail. In the UK, work is underway on the Sustainable Rail Strategy and we hope to play a key role in helping to deliver that. No-one quite knows what’s going to happen once [the stateowned] Great British Railways starts to oversee rail transport from 2023.

What we do know is that there is still a lot of good quality diesel rolling stock with 10, 15, 20 years of service left in them. Which is why converting to battery electric is such an attractive option for train owners. Internationally, we have a number of positive prospects, especially in countries that haven’t got an existing rail infrastructure which makes it very easy to slot in battery trains.

The US is also likely to become a major market for us as it continues to develop its passenger rail services. Vivarail is part of the Railroad Development Corporation (RDC) family and has already exported one train to launch a new type of service in the US, Pop-Up Metro, and a second train is currently being built at Southam.

While there is a great deal of emphasis on passenger rolling stock, the technology we have developed is equally transferrable to the freight sector within which we have had lots of interest.

Perhaps most exciting is the next-generation battery train we’re currently building, which will be unveiled at the UN Climate Change Conference, COP26, in Glasgow next month [November 2021]. This train will operate a daily service from Glasgow Central and serve to showcase the best of British green technology to delegates and VIPs from across the world.

All images courtesy of Vivarail