You may have heard of world-leading manufacturer of wire joining systems, Gripple, but you might not know Gripple Automation, its sister company that makes the machines powering some of the smartest factories there are.

Since the 1980s, customers have demanded more products at a competitive price from Sheffield-based Gripple, which meant using the best of the best in automation was a must.

Embracing robotics defined the firm as an award-winning British manufacturer that made quality products at pace. This also saw its automation department grow and gain its own identity.

Gripple Automation Ltd now operates as an entirely separate entity, using its knowledge and experience to manufacture bespoke automation systems to customers across sectors and the globe, from the automotive industry to fast-moving consumer goods (FMCG).

He says the last few years has seen the business continue to grow and Beardsmore credits the team for this progress. “We put a strategy in place for growth and then carried it out, it was let’s really look at what we need to do to grow our automation business.

“Originally our plan was just to supply Gripple, and so it was reactive rather than proactive,” he says. “Now, because of the growth and our other customers, we have to be much more proactive.”

“We don’t just build machines and then wave goodbye to them,” Beardsmore tells me. “We install them onsite and we have to live and breathe those machines for their entire lifespan.”

He explains that it is not just the warranty label on the machine that is important to the team, but the entire life-cycle of the machine instead.

With the surge of robotics in UK manufacturing showing no signs of slowing, Gripple Automation expect to be busy.

“Gripple are growing and so their automation requirements are growing too. We will need to continue to grow just to support Gripple let alone our increasing customer base,” he says.

“One of the things we do is identify companies similar to Gripple, more strategic firms who are prepared to share their production requirements for the future, so we support them in the same way we do Gripple.”

The more the merrier

“It is hugely important to us to make machines that do mundane tasks and upskill the workforce, so they work alongside them rather than act as replacements.”

Many people think that when the team at Gripple Automation work with a business, they are there to replace them and reduce headcount, but Beardsmore stresses that’s not the case.

“Some businesses do want to do that, but we are not interested. We want to make machinery that upskills the workforce and does the tasks that are giving people RSI and things, we want to focus on projects like that,” he says.

“The UK is only at the start of its automation-led future,” he says. “I think there is a lot more to come. But it will be more focused around collaborative spaces rather than cobots, because then machines can work at their maximum speed and drive up productivity.” 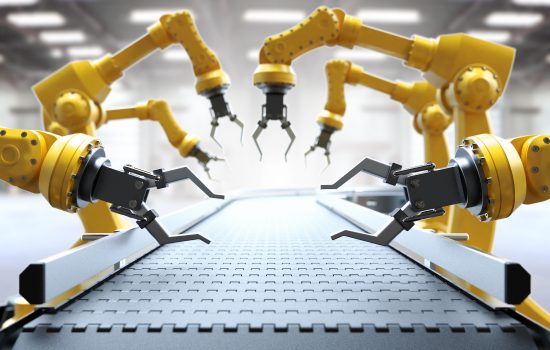