How is Made Smarter helping to solve the great British conundrum?

Posted on 6 Nov 2018 by Jonny Williamson

Despite all the effort put into persuading UK manufacturers of the virtues of adopting digital technologies, uptake is sluggish and resistance stubborn.

Since February 2017, when the government launched its new Industrial Strategy, Juergen Maier, CEO of Siemens UK, has been working with key stakeholders across the sector and in government to develop a programme designed to give smaller manufacturers the confidence to invest in digital technologies.

He remains confident of accelerating uptake, but wonders why the UK is always one of the last to the technological party.

Now that the Made Smarter Commission (MSC), which will oversee the entire programme, has sat for the first time, and its first major project, the North West Pilot has been funded, people ask me if that’s it, the end of the road is in sight?

Actually, we have only just begun, but that’s good news, because this is going to be a massively evolving journey.

What I can say confidently is that we now have a plan on how to accelerate progress. In two or three years’ time, we will be looking back and saying we can now count ourselves among the leaders of the Fourth Industrial Revolution.

The Commission is chaired by me and Secretary of State Greg Clark, and we have an absolutely brilliant team of industry leaders representing inclusion in all respects.

We’ve got large manufacturing companies, SMEs and tech companies. And we’ve got a gender mix of half women and half men on the team. That’s got to be sending a great message for the future of this industrial revolution.

There’s great excitement around supporting manufacturing industry, to accelerate our way into this revolution.

Our first major project is the North West Pilot, details of which will be announced at The Manufacturer’s Digital Manufacturing Week in Liverpool on 14 November.

The Pilot is all about getting some real practical and tangible advice out to small and medium-size companies who are wondering how on earth to adopt a technology like robotics, or initiate their first venture into data analytics.

Or how to get involved with making a part using additive manufacturing, as opposed to machining.

Those are the sorts of questions that are being asked, so we’re setting up a support service in the North West that will help those manufacturing companies not only answer those questions, but also get some real practical help to start implementing them.

And the journey has started. There’s a team being recruited and there’s great collaboration between the regions in the North West, so we’re hopeful that by late November we’re going to be out there helping companies in a practical way to start adopting technologies and improving productivity.

Some companies are confused by a lot of the technical language being used, and I get that. This is a very important part of what we are doing – demystifying the technology and making it more accessible.

At the risk of oversimplification, we’re developing ‘out-of-the-box’ digital technologies, ready-made technology packages that people can apply, such as robotics or data analytics, these sorts of areas.

The better we get at doing that, the more SMEs we will be able to help, and by scaling that across a whole mass of companies we have a great opportunity to improve productivity across a broad section of the manufacturing sector.

If I have any hesitation, it is about the way some companies appear to want to find reasons not to invest as soon as possible. In the vast majority of cases, it is absolutely demonstrable that the latest digital technologies will improve productivity and competitiveness – and profitability.

It reminds me of where we were at the beginning of the third automation revolution, when I was just coming into industry. The first PCs and PLCs were coming in to help industry modernise. And do you know, we were having exactly the same conversation then?

People were confused. People were scared. People were worried about displacement of jobs. And what did we do? We just spent too much time talking about the barriers and the excuses and reasons not to do it, rather than just getting on with it. And I sense we’re at exactly the same place here.

The only thing is, we’ve got a few more excuses today, like Brexit. But this uncertainty is not going to go away. We need to make it clear to people that this uncertain world is the way it’s going to be for the next few decades.

And if we sit here and we wait until we get instructions, or until it’s all crystal clear, we will be waiting forever. The thing to do is get involved, start experimenting, start doing, start learning from each other, and we will, through this adoption programme, find you some help.

But ultimately it won’t take the responsibility away from every single company to come and engage and start playing with this digital technology. People are sitting there, saying, “All this is too complicated. It’s too difficult!”

And over in China, they’ve got the same excuses, but they are just getting on with it. It is the same when I’m talking to my colleagues in Germany, or in the Netherlands, or even in Italy. People there are just open to having a go.

“This looks like something new,” they say. “I just need to be on board. I just need to get involved. I don’t know all the answers, but I’m not going to find out by just procrastinating!”

The only way you find out is by getting involved.

Start your own revolution!

Discover how you can help build the North West’s digital manufacturing future, register for an assessment at MadeSmarter.uk 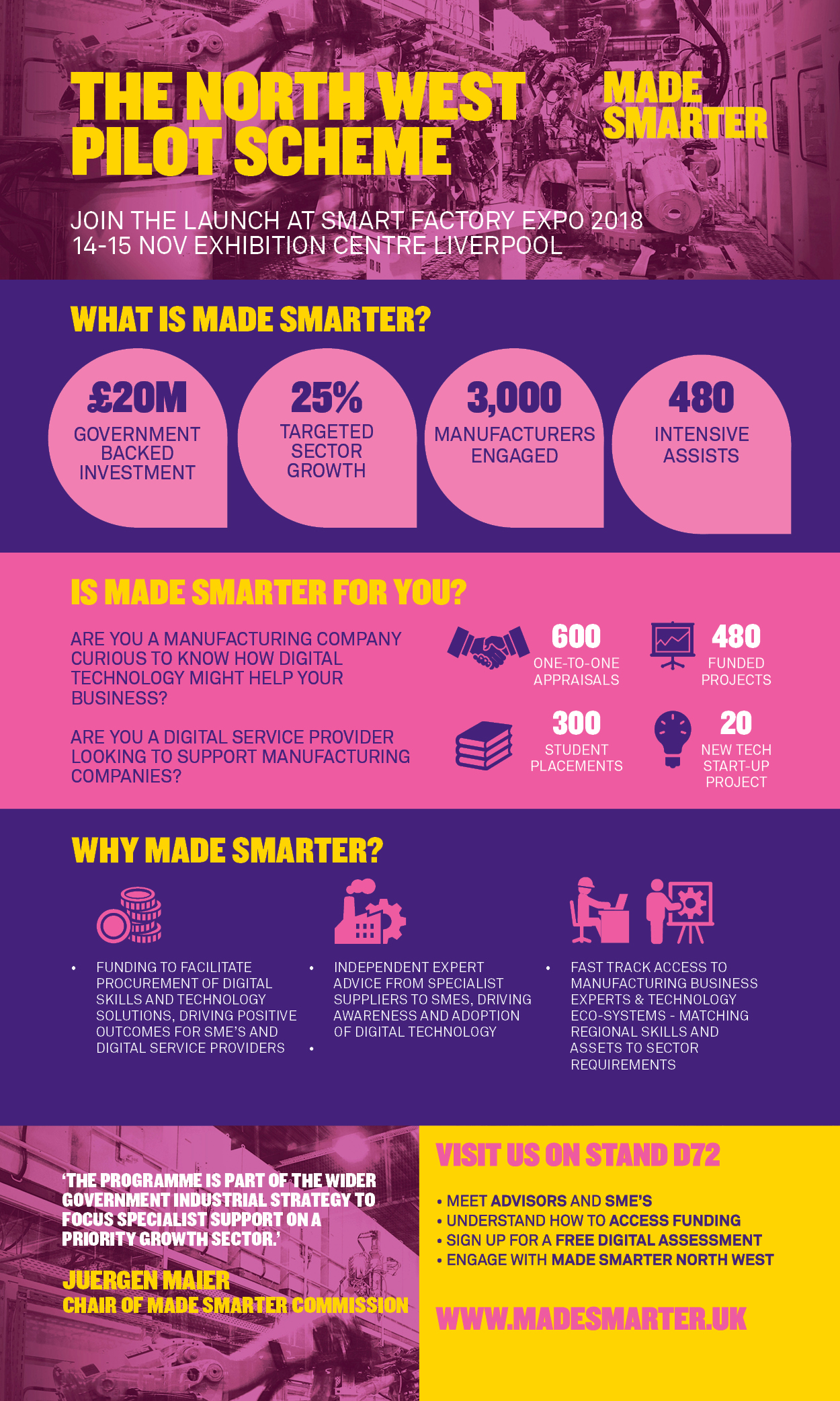