How to make coconut oil soap

With natural products becoming increasingly popular in the health and well-being market, The Manufacturer learns how to make coconut oil-based soap.

Beauty brand, Lucy Bee, founded by entrepreneur Lucy Buckingham, has teamed up with Leeds-based soap manufacturer Stephenson Group, to produce its first range of coconut oil-based soaps; but how exactly are they made?

Stephenson Group, which has its global manufacturing plant in Horsforth, was the first manufacturer to successfully use 100% coconut oil in any soap formulation, and the company will be producing the Lucy Bee soaps set for market in the UK this October.

The natural products market in the UK is growing; The 2018 Organic Market Report published earlier this year by the Soil Association, shows that sales of organic and natural personal care products grew by an impressive 24% last year, totalling £75.9m, with the entire sales for the organic and natural market climbing to £2.2bn.

Lucy Bee’s coconut oil is an edible oil extracted from the kernel or meat of matured coconuts – known as the copra – and this is harvested from the coconut palm.

The oil is extracted within one to four hours of the coconut being cracked and to do this, coconuts are shelled and pared to remove the outer shell.

Coconut oil used by Lucy Bee is sourced from either the Philippines or Sri-Lanka.

The raw coconut kernel, is then ground or milled into fine granules and dried under controlled temperatures. Drying time in the Philippines takes an average of two and a half hours.

After drying, the kernel passes through a cold process expeller where the oil is extracted from the white meat, at a controlled temperature of 104 – 113°F.

The by-product of this process is either further processed and used as flour, or bagged for animal feed. The oil is then collected and filtered to remove any sediment.

James Clews, marketing manager for Stephenson Group, explained that manufacturing soap from coconut oils is more challenging than conventional palm oil or other materials, he said: “It requires different processing, you need to be much more careful because coconut oil is much more reactive.” 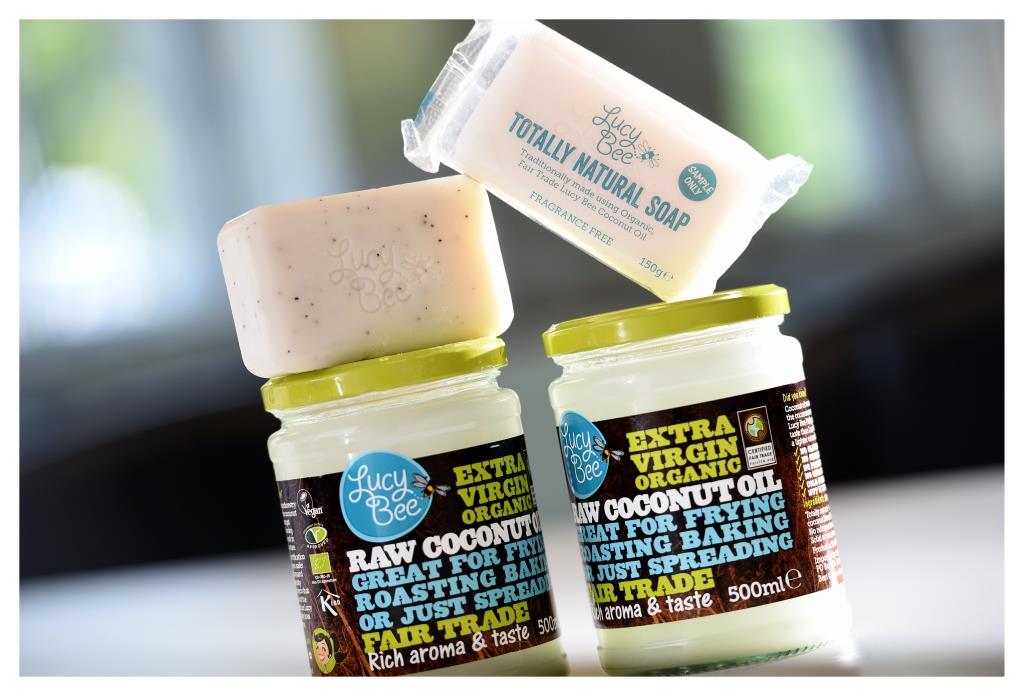 Coconut oil is an edible oil extracted from the kernel or meat of matured coconuts – image courtesy of Lucy Bee.

When soap is made, an oil or fatty acid is taken and this is reacted with alkaline, sodium hydroxide. These two ingredients are mixed together in a reactor and this produces soap and water, the water is then dried off leaving the soap.

Clews explained that during this process a lot of heat is released, and this results in the reaction bubbling and increasing in volume, he said: “You can go from six to eight tonnes of product in the reactor, that can then proceed to fill the space of 16 tonnes at the flick of a switch, because it suddenly starts reacting.”

The manufacturing process in six steps

Clews said: “You have to be really careful to control the reaction, otherwise the reactor can overflow which means the product could get ruined and burn.” 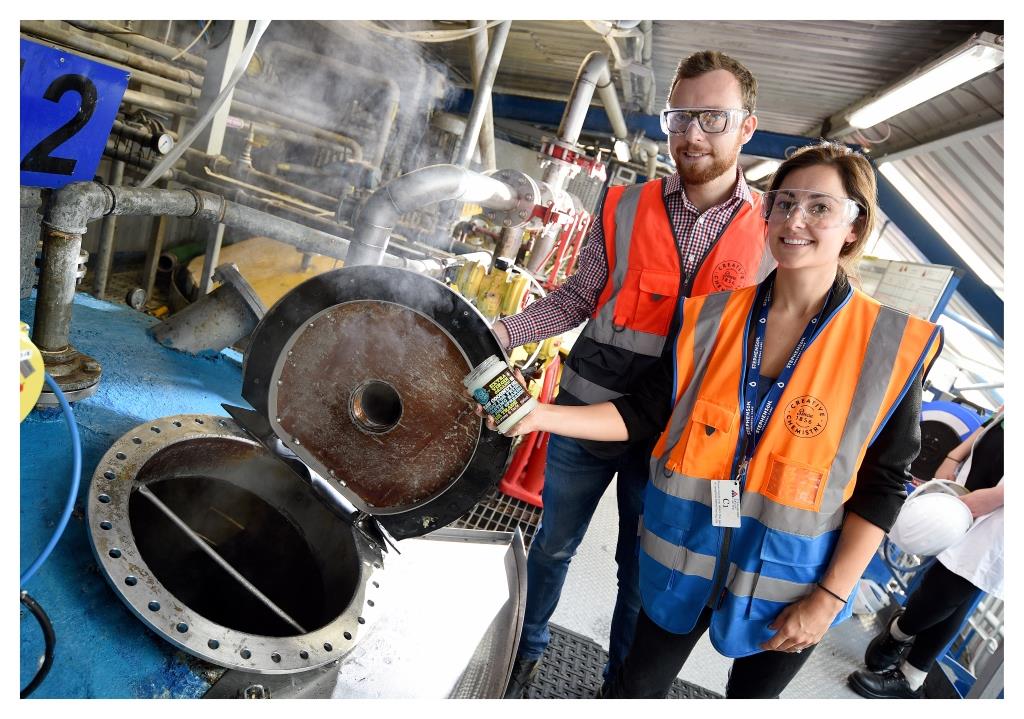 Clews concluded: “It is a complex process, when you are making something natural you have to do lots of stability work, to make sure what you have created is stable.”