How will the Fourth Industrial Revolution impact your workforce?

The debate about the impact of the Fourth Industrial Revolution tends be framed around issues such as product design, production lines and supply chains. However, it is vital also to consider its impact on the workforce, both in terms of how the allocation of labour will change and in how flexible our national skills base is going to be in responding to the challenge. 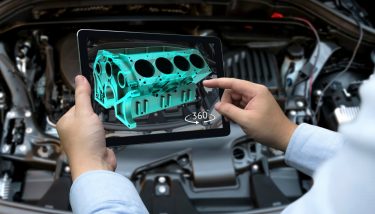 The Manufacturer recently conducted a survey of UK companies, in partnership with the human capital management and workforce management company Kronos, to analyse these Fourth Industrial Revolution (4IR) issues, and over the coming weeks we will be offering extracts from the report, together with the opportunity to download it in its entirety.

Business leaders always tend to say people are their most important asset, usually when their workforce is in earshot. It sounds a bit trite and self-serving, but it also happens to be true.

Manufacturing is no different. Companies say the factors that are most disrupting and holding back their growth are related to people, the most prominent of which, by a considerable margin, is a serious difficulty in recruiting and retaining the right talent.

According to our research, nearly two-thirds say the inability to recruit and retain the right talent is almost twice as powerful a disruptive force as the next two most-disruptive factors affecting manufacturing businesses, namely how new technology was creating the need for new ways of working and the difficulties caused by a lack of effective communication between operational managers and employees.

Which skills are the most difficult to recruit and retain? Almost two-thirds say engineers, well ahead of all other skill categories, with designers and software engineers the other serious recruitment and retention challenges.

As one would expect, manufacturers have responded proactively to these recruitment and retention challenges with strategies aimed at making themselves more attractive as employers.

A significant number, almost two-thirds, provide greater opportunities for career progression. Almost as many provide in-work training as a retention stratagem, with a large proportion extending this into the provision of sponsored academic courses. Many companies think offering better than average pay is the right course. Less popular, although by no means insignificant, was the use of a flat organisational structure and improved employee engagement methods.

But dealing with recruitment and retention challenges is made even more difficult by lop-sided workforce demographics. The age profile of manufacturers’ workforces, for instance, is clearly skewed to the older worker: half of the manufacturers report their workforce have an average age of 40 and over.

Next week: When it comes to sourcing the young people they need to fill vital roles, manufacturers believe the deck is stacked against them.