The textile mills that once belched smoke and dirt from a forest of pencil-straight chimneys were once core to Bradford’s identity. That golden era has long passed.

But a coalition of manufacturers, commerce groups and social enterprise organisations in Bradford are working hard to inspire young people in the ‘Wool City’ to forge a career in the manufacturing sector.

Bradford Manufacturing Week (BMW18), which took place for the first time from 8 – 12 October, aimed to introduce, educate, and persuade teenagers at local schools to consider working in the manufacturing and engineering sector.

More than half of local secondary schools were involved in the initiative – sponsored by Barclays, Gordons LLP and Naylor Wintersgill – and over 3,000 manufacturing experiences were provided. These included workshops, factory tours and work experience.

“It really got the pupils thinking, talking and asking the questions that were important to them,” noted Nick, who is also managing director of local chemical manufacturer Christeyns UK.

“The students had really done their research, and many addressed the big issues in manufacturing such as employing women, attracting young people to the sector and whether apprenticeships are the right route to take.”

Garthwaite also said that social media was critical in spreading their message: “Between social media and the interactions in the room, we answered around 20 questions put to us – we were euphoric by the end of the session and agreed, it’s certainly an event to be repeated during Bradford Manufacturing Week 2019.”

Among the manufacturers who took part in the event were Whitakers Chocolates, Airedale Chemicals and Seabrook Crisps. Seabrook, whose crisps are both gluten free and vegetarian, once sponsored the World Crisp Eating Competition, which was hosted in Bradford in 1956.

Jo Hainsworth, head of Aspire Enterprises said the impact of Bradford Manufacturing Week on the students involved was “amazing”, adding:  “The feedback from participants has been fantastic. One school said ‘Our students have been so inspired. They never knew so many manufacturers were on their doorstep and are amazed by all of the different career options available.’”

Hainsworth said manufacturers were especially keen on attracting younger workers due to the ageing workforce: “Their commitment was exceptional,” she remarked.

Backing also came from Prime Minister Theresa May, who said: “I would like to wish everyone involved in Bradford Manufacturing Week good luck for the days ahead and congratulate Bradford Chamber of Commerce, as well as the sponsors and businesses taking part, for making it happen.”

Though Bradford’s manufacturing sector has undergone a long-term decline from the days when 70,000 people walked through the factory gates of the town’s textile mills, it still comprises a sizeable component of the local economy.

About one eighth of all jobs in the Bradford district are in manufacturing compared to 8% nationally. Gross Value Added per manufacturing worker is higher than any other city in the Northern Powerhouse. Total manufacturing GVA output was £1.5bn in 2016.

The event’s founder Nick Garthwaite says local manufacturing is experiencing multiple problems, especially with recruitment: “Despite Bradford being the youngest city in the UK with a growing population of school leavers, our apprenticeships are low,” he observed.

From August 2016 to January 2018 just 1,510 were undertaken across the manufacturing and engineering sector in Bradford, and there are just 80 manufacturing apprenticeships we know of that are currently being officially advertised. Garthwaite insists “the time to change that is now.”

He also said many perceived manufacturing jobs lacked excitement: “The Chamber lead this initiative because we want young people to see for themselves the range of exciting and progressive career opportunities this industry presents. From automation and robotics to research and development of new technologies, manufacturing is an incredibly fast-moving and dynamic place to work.”

What did BMW18 participants think of the scheme?

“Bradford Manufacturing Week has been a great way to open up the business and show pupils those opportunities. We may not be all chimneys and smoke in Bradford anymore but there is still so much going on in the manufacturing sector here and we should be shouting about what we do and encouraging the next generation to embrace manufacturing in the region.”

“It was great to see so many different students over the week. They were all engaged, asking different questions and really taking in the different opportunities available within our chemical manufacturing industry.

(On the Bradford Manufacturing LIVE event): “This event was key because it got the students directly in front of manufacturing MDs, sales professionals, recruiters and apprentices – all with their own slant on the industry.”

“More importantly, it gave the students the chance to ask questions and gain a much clearer understanding on the sheer breadth of opportunities within the manufacturing sector and also gain an insight into the attributes required to enjoy a rewarding career.”

“Our students had a brilliant afternoon at Airedale Chemical; it’s really opened up a whole realm of career opportunities for them. It’s easy to focus on getting the grades while at school but it’s my mission to empower them with enough knowledge that they can make informed choices after they leave – initiatives like Bradford Manufacturing Week is helping us do just that.”

“We have the job opportunities, we now need the emerging skillset to be attuned to it. Bradford Manufacturing Week was about working as a collective and getting things done. Through this initiative, everyone is moving in the same direction – education, youth, employers and the public sector – it was the opportunity to really make a difference, and I believe we’ve done just that.” 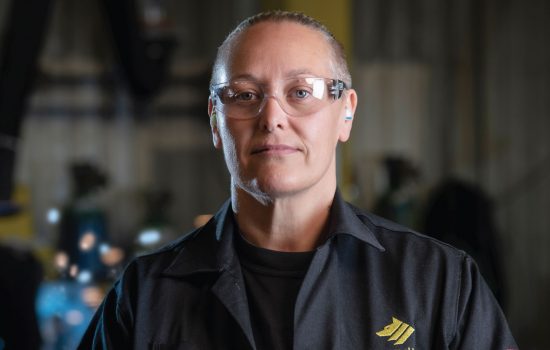 How can solving the skills gap revitalise UK manufacturing?