On top of recent announcements about new investment and jobs at Halewood and Solihull, Jaguar took the opportunity presented by the Frankfurt Motor Show to unveil its latest concept, the C-X17 4×4 SUV.

The new SUV model will be an affordable, sporting vehicle with class-leading chassis architecture and a choice of engines, from super-efficient to super-powerful.

On top of announcements about new investment and jobs at Halewood and Solihull, Jaguar took the opportunity presented by the Frankfurt Motor Show to unveil its latest concept, the C-X17 4×4 SUV.

The car is a departure for Jaguar and is expected to move from the show stand to the roads with a launch expected in 2016. Starting prices are expected to be around £30,000, which would position it below the recently-launched Range Rover Sport and in the region of the current Land Rover Freelander.

Jaguar Land Rover has proved itself to be a strong and stable business in spite of the economic downturn, with good sales results in both developing and developed markets.

Sizing up the rivals 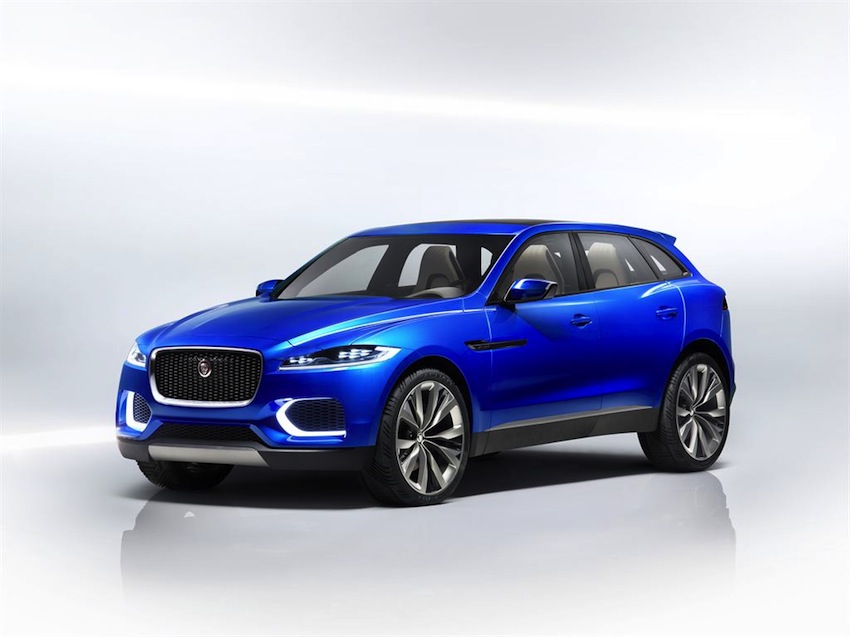 The concept car on display at Frankfurt was 4,718mm long, 1,959mm wide and 1,649mm high, with a wheelbase of 2,905mm, which places it in the same size bracket as BMW’s X3 and Audi’s popular Q5. Reports are that it is aimed to lead on style ahead of utility, thus avoiding head-to-head conflict with its Land Rover/Range Rover stablemates.

The C-X17 will feature scalable aluminium architecture, known as iQ[AI]. Jaguar says that this modular, scalable architecture will allow the company to grow its product portfolio and target high-growth areas of the premium market, beginning with a new mid-sized C/D segment sedan, a small saloon due for launch in 2015. It will take Jaguar back into the territory vacated with the demise of the X-Type but will be a wholly new, all-Jaguar vehicle.

The SUV takes the company into an area it previously resisted. Chief Designer Ian Callum said that it was the result of world-wide research, which found that the 15-25 generation aspires to SUVs, rather than sportscars.

However, with individual bucket seats, innovative interior electronics, a multiplicity of visual keys from the rest of the Jaguar range and unashamedly sporting exterior appearance, the Jag C-X17 will maintain the marque’s driver-oriented heritage.

The new vehicles being launched by JaguarLandRover over the next three years will, in addition to their aluminium chassis architecture, feature a new range of engines that will be built at a new plant in Wolverhampton, currently under construction. The powerplants will be four-cylinder units and will range from highly efficient turbocharged diesels emitting less than 100g/km of CO2, to high performance supercharged petrol engines.