Posted on 6 Aug 2020 by Jonny Williamson

More than a third of manufacturing decision-makers (36%) cite a lack of available data and insights as their biggest frustration, according to new research.

Manufacturing decision-making today is increasingly complex, involving multiple departments and seniority levels, leading to a lack of cohesion between units and a waste of business resources.

That’s the headline finding from ‘The State Of Decision-Making’ report, which took in the response from senior decision-makers across industries including manufacturing, pharmaceutical, consumer goods, transport & logistics, retail, banking & finance, and profession services.

The report, published by Board International, found that while a clear majority of respondents (63%) say the important decisions they are responsible for get implemented globally, the decision-making process itself is not joined-up across the business, with a third (33%) also saying that crucial business decisions are made in departmental silos.

While most sectors follow a similar pattern, manufacturing organisations, buck the trend with a clear majority (77%) of decisions implemented globally, but only 20% of decisions made in silos, suggesting far higher levels of collaboration in manufacturing than in other industries.

The research also revealed the biggest challenges manufacturing decision-makers face at their organisations, with more than a third (36%) citing lack of available data and insights, as their biggest frustration.

However, sector decision-makers believe that the process can be improved with the introduction of new technology, with more than half of all of manufacturing respondents (57%) saying this would make their decision-making better, while unsurprisingly the majority (66%) felt increased use of data and insights would help.

The research also asked respondents the tools they use to make decisions and, while almost every action within an organisation today will lead to the creation of new data, it seems many businesses aren’t using the crucial insights which data can provide to make important decisions.

Decisions made on ‘gut feelings’ are still made by more than a third (43%) of companies, with more than three-quarters (77%) of manufacturing organisations still reliant on spreadsheets to aid their decision making, despite more modern and reliable tools being available.

Managing Director for UK, Nordics & South Africa at Board International, Gavin Fallon, commented: “Businesses have to plan every day for a far more uncertain future and set themselves up to prepare for change and keep changing against the backdrop of a more volatile and uncertain marketplace than ever.

“A bad decision can have wide-ranging impact across the whole organisation and no business can afford to waste time and resources on bets that may or may not come off. As the business environment increases in complexity, the ability to not just react, but predict, in real-time, becomes more important than ever.” 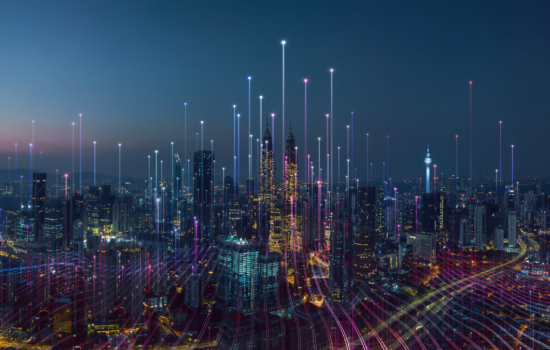