Aaron Wills, Seiya Fujino, Lewis Jones, Daniel Sample, Lucy Kisby, and Connor Underwood-Gillings took home the top prize, with help from mentor Rob Armstrong. Their award-winning LED light strip is an innovative safety device, which aims to help people see where they are going in the dark. The light strips can be installed in the houses of the visually impaired or elderly who live alone, to reduce the risk of accidents. The brightness, length that it stays on after motion has been detected, and colour of the lights can all be controlled via an app. 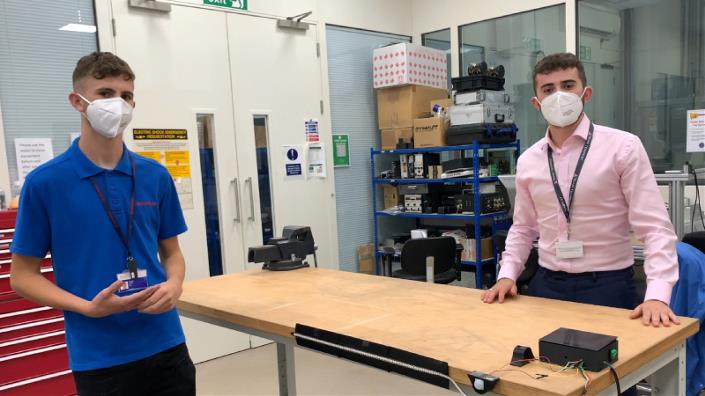 Team Motus overcame stiff competition from apprentices from The Manufacturing Technology Centre, Perkins Engines, Delphi Technology and Incomm Training to take the trophy. Due to restrictions around COVID-19, this year’s Apprentice Automation Challenge finals were held virtually, with teams taking part in online presentations to showcase their work in front of a panel of judges, followed by rigorous question and answer sessions.

The team impressed the judging panel with: “a well-written report and a clear business case, showing real teamwork during their presentation of their project, which featured a neat and compact design.”

He continued: “It has been rewarding for us to learn we can follow a lifecycle management process through to completion to deliver a product on time, to budget, with great market potential. I think we’ve all become more confident in our abilities to see a project through and we look forward to using the skills we’ve gathered together on future innovation,” he concluded.

As part of their prize, the team will receive £2,000 and will go on to exhibit their winning entry as part of the Smart Factory Expo and attend the TMMX Awards in 2021.

This is the sixth year that Leonardo has entered teams of apprentices, and the first time that one of our group of entrants has taken the top prize. Congratulations to everyone involved.