Boeing and Airbus are set to benefit from Iran’s sanctions being lifted with the country planning to buy as many as 90 planes per year from the two aircraft manufacturers.

Boeing and Airbus are set to be among the first beneficiaries of the new nuclear agreement between Tehran and world powers which led to the Iran sanctions imposed by the West being lifted.

“Iran will buy a total of 80-90 planes per year from the two aviation giants in the first phase of renovating its air fleet,” he said.

“We will purchase planes from Boeing and Airbus in equal numbers, and we would initially need to add at least 80 planes to our fleet each year. That would mean a total of 300 planes within five years.”

With the sanctions dropped and subsequent business deals initiated, Iran is looking to return to its former pre-eminence as one of the regions leaders in aircraft travel.

Iran Air was arguably the premier air carrier in the Middle East before the 1979 revolution, with the company flying a 747-SP daily on an 11 hour flight to New York.

The recent lifting of the Iran sanctions means companies like Iran Air and other Iranian airlines will have the opportunity to buy new parts and planes without having to resort to the black market.

They will also not have to use a front in acquiring aircraft, like in the alleged recent instance when Mahan Air reportedly used an Iraqi front to acquire nine Airbus jets – two months before the nuclear agreement was signed.

Western aircraft manufacturers such as Boeing and Airbus could be among the biggest winners of the nuclear agreement, with Iran needing between 400 to 500 civilian aircraft in the next decade worth at least $20bn.

As well as the benefit to western aircraft manufacturers, the lifting of sanctions will also have a flow on effect which will benefit business for western spare-parts manufacturers, lessors and financiers, IT service-providers, aircraft interior designers and others, who will also look to share in the potential $20b revenue.

Iran’s Civil Aviation Organization said the purchases of aircraft would be funded through mechanism such as leasing, foreign loans and state funds. 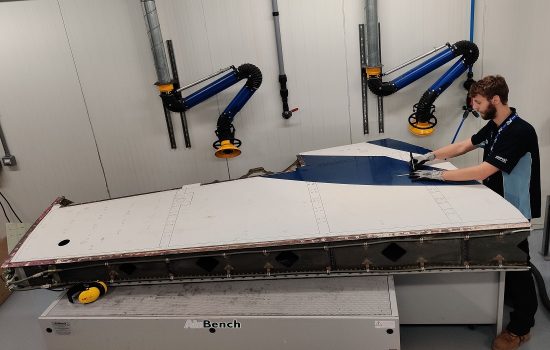