Posted on 4 Feb 2020 by The Manufacturer

More UK manufacturers investing in digitally skilled apprenticeships and redirecting their training budgets to competencies in technical engineering is helping to power the British economy – but more work is needed to support STEM awareness in mainstream schools and particularly among female students.

More than three-quarters of UK manufacturing firms currently offer apprenticeships for digital roles and nearly 70% have outlined plans to spend their training budget on technical engineering programmes, which helps to improve the wider economy.

At the same time, the industry is still failing to bring students into the fold from state-funded schools and especially female graduates.

The data, published by Make UK at the start of National Apprenticeship Week (3-9 February), paints a broadly bright picture of UK manufacturing apprenticeships which are essential to embrace the coming transformations from the Fourth Industrial Revolution.

However, state-funded mainstream schools and college-age girls are still being left out of the frame, according to Make UK.

A “clear strategy”, coupled with “much-needed reform” led by the UK government, is key to changing the way students think about higher education, according to Alice Tranter, labour market and skills policy adviser at Make UK. 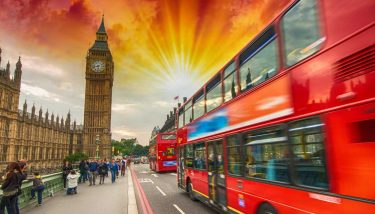 “While it is clear that manufacturers are investing heavily in apprenticeships and are increasing the number of young people joining the sector, there is still more that can be done to engage schools,” said Tranter.

“Joint collaboration with government is vital when shaping different educational pathways and without a clear strategy and much-needed reform, students will continue to believe that higher education remains the default route to a successful career.

“With manufacturers offering apprenticeships at all levels including degree, school leavers have ample choice and flexibility to earn whilst they learn and gain the transferable skills required for a changing modern workforce.

“National Apprenticeship Week is the perfect platform for manufacturers to highlight the opportunities apprenticeships bring and how our sector is fuelling the next generation of innovators who will be taking British businesses to the next level on the global stage,” she added.