Posted on 15 Aug 2014 by Victoria Fitzgerald

The UK economy has grown 3.2% in the second quarter of 2014, with manufacturing expanding 0.2% between April and June, its weakest increase in over a year.

However, experts argue “that’s not to say alarm bells should be ringing”. The sector is continuing to benefit from one of its strongest growth periods for 22 years, according to the Markit/CIPS UK Manufacturing Purchasing Managers’ Index (PMI).

Lee Hopley, chief economist at EEF said about the data: “Kicking off the data reporting for the second half of the year is today’s manufacturing PMI.

“The headline indicator fell back to the lowest level seen so far this year. That’s not to say alarm bells should start ringing.

“The survey continues to point to growth in activity across the sector, and at a faster pace than the long-term average.”

Today EEF attributed part of the sector’s success to a 95% increase in the number of companies claiming the SME R&D tax credit between 2008/09 and 2012/13, 35% more than EEF recommended in its 2012 report Route to Growth.

The SME R&D tax credit is a corporation tax relief that can reduce an organisation’s tax bill.

“Today’s data also builds on longer term increases in uptake, with the total number of claims having risen 79% over a five year period, reflecting the long-term stability and a steady increase in awareness.

“The credit is a strong feature of the UK innovation system and its position within the innovation landscape must be maintained.” 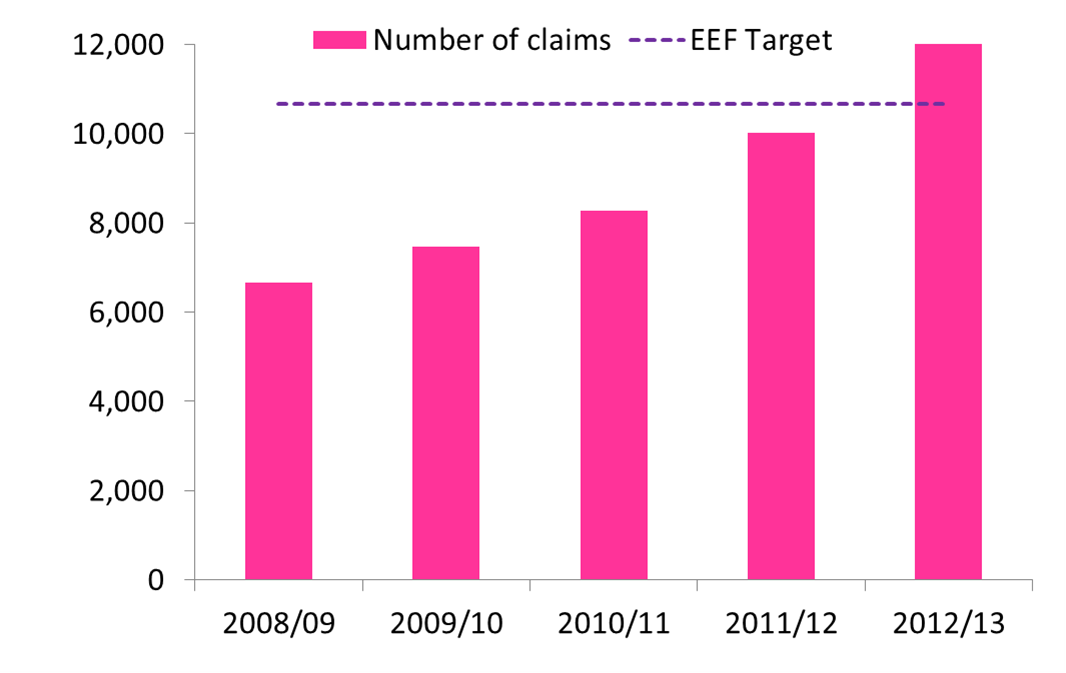 The news comes as ONS reported today a 3.2% expansion in the UK economy, fractionally higher than its original estimation of 3.1%, which surpasses its prerecession high in 2008.

In addition, the gross domestic product rose by 0.8% in the April to June period.

The ONS attributed the upward surge to unexpected growth in the construction sector and solid growth in the services sector as catalysts in growing the UK economy, which expanded 1%, the swiftest quarterly growth since 2012’s third quarter ONS said.

The services sector swelled by 0.3% from May to June and by 3.6% in contrast with the same period last year, its most robust annual growth rate since early 2008.