Manufacturing in Yorkshire: Something special is brewing in God’s Own County

It may be known for its landscapes, mills and mines, but Yorkshire is undergoing a modern industrial revolution, powered not by steam or coal but by leading-edge innovations pioneered within its borders.

At 2.9 million acres, Yorkshire is Britain’s largest county and provides some of its most dramatic and visually impressive landscapes.

Due to its abundance of natural resources and river network, the region has strong links with manufacturing dating back to the Industrial Revolution.

Coal, for example, was first mined in Yorkshire during the Middle Ages, but demand boomed during the 18th and 19th centuries when huge quantities were required to make iron, fuel steam engines and power factories. Iron ore, steel, wool and cloth all tell a similar story, with Yorkshire regarded as a centre of industry for all of them. 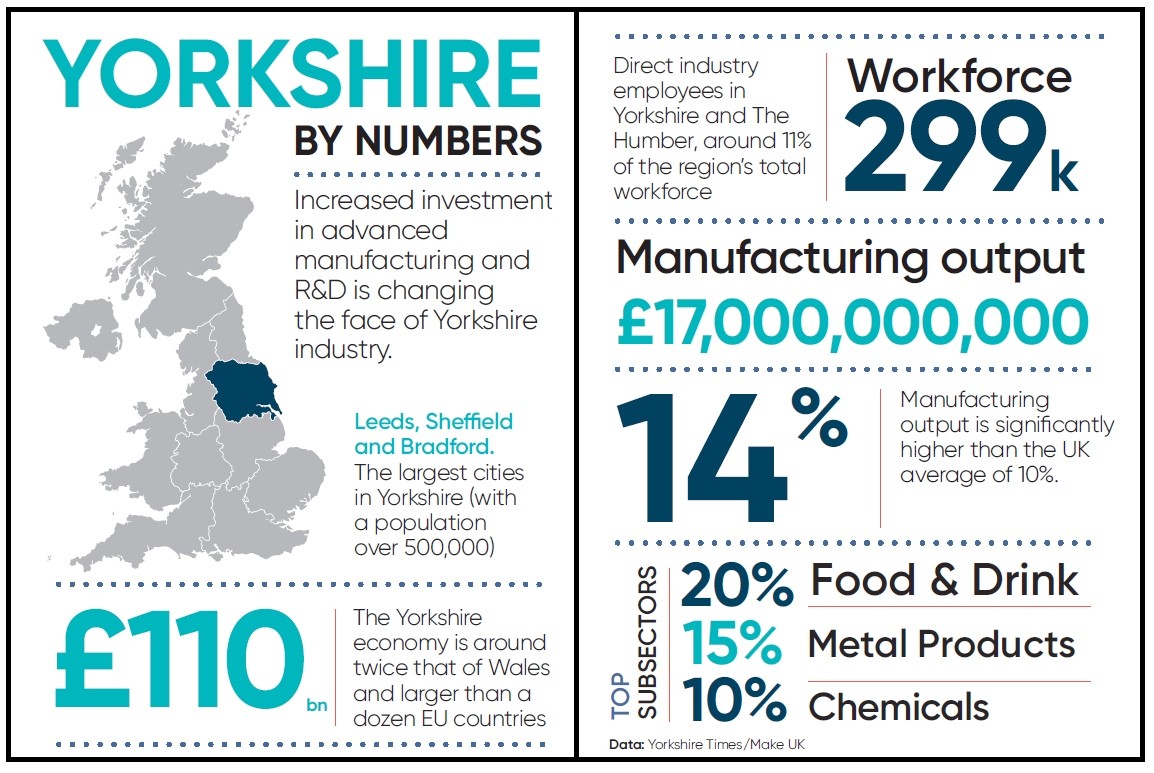 With such a pedigree, it’s unsurprising to see that food and drink and metal products still account for more than a third of Yorkshire’s manufacturing output (20.1% and 15.2%, respectively). The food and drink sector alone generates more than £3.4bn for the region, a figure only expected to rise as the trend around locally-sourced produce continues to grow.

Following the closure of numerous mines, mills and plants, an economy once dominated by heavy industry and textiles is steadily transitioning into something far more diverse, high-tech and sustainable.

Sheffield, for example, may still be synonymous with steelmaking and metalwork, but sites such as the Advanced Manufacturing Park are helping to deliver cutting-edge developments in the fields of electronics, renewable energy, technology and material innovation.

Likewise, the Freeport application bids submitted by consortia in and around the region reflect the strong growth ambitions held by local businesses and wider support organisations.

Yorkshire is home to no less than eight science/innovation parks, including York Science Park, the Listerhills Science Park and the aforementioned Advanced Manufacturing Park (AMP). The almost 1.5 million sqft AMP has served as an investment magnet for numerous industrial businesses.

Take the £50m McLaren Composites Technology Centre, for example, where McLaren manufactures the ultra-lightweight and strong carbon fibre tubs that sit at the heart of its luxury family of sportscars and supercars; or the £110m Rolls-Royce Advanced Blade Casting Facility, the output of which features in a wide range of its Trent aero engines.

The McLaren Composites Technology Centre aims to be a world-leader in innovating lightweight carbon fibre and composite IMAGE: MCLAREN AUTOMOTIVE

The University of Sheffield also operates the Advanced Manufacturing Research Centre (AMRC), in partnership with Boeing. Its involvement with both these centres demonstrates the strong engineering and research focus that many of the region’s universities have.

Yorkshire has almost a dozen universities and almost twice that number of colleges, however meeting the demand for skills remains a critical issue for the region. With that in mind, one industry leader has taken it upon himself to inspire as many young people as possible to start a career in manufacturing.

Bradford Manufacturing Week is the brainchild of Nick Garthwaite, Managing Director of global chemicals manufacturer Christeyns and President of the Bradford Chamber of Commerce.

Launched in 2018, the week-long programme of events, tours, work placements, company visits and seminars aims to introduce, educate and create more informed and ‘work ready’ applicants into the sector. 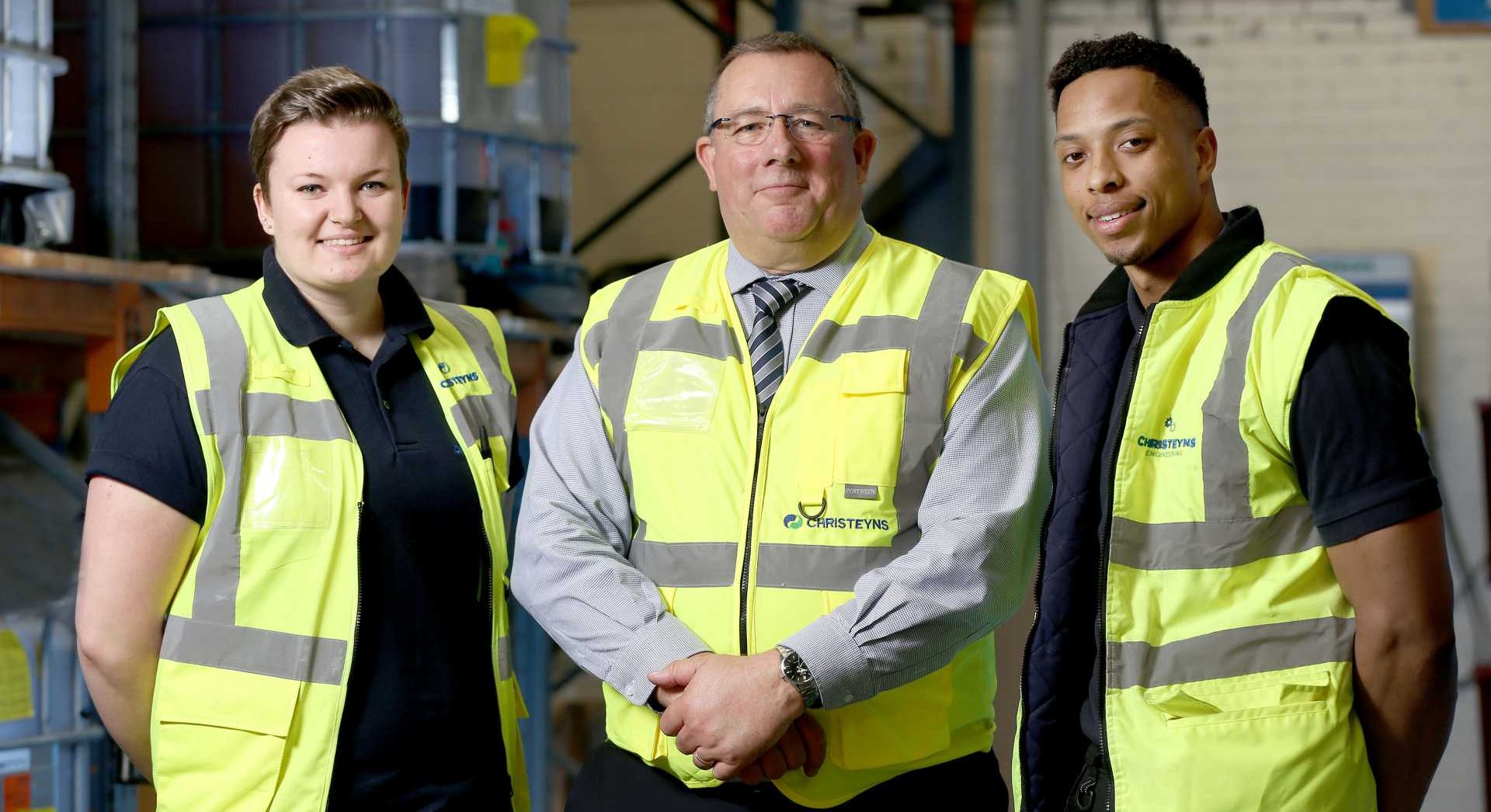 More than 50 manufacturers signed up for the inaugural week, with over 3,000 manufacturing experiences provided to young people aged 14–18. To date, the initiative has actively engaged with 12,500 young people in the area, with a growing level of interest requiring the programme to be extended to a fortnight.

Due to the challenges of 2020, Bradford Manufacturing Weeks (as it is now known) delivered an online programme which saw 15 manufacturers, including Ex-pressed Steel Panels, Solenis, Kemira Chemicals, Produmax and Thorite, provide virtual tours, participate in Zoom ‘Meet the Manufacturer’ sessions and provide apprentices for live Q&A sessions to answer student questions.

“Now, more than ever, our district’s young people need all the support we can give them in terms of understanding the opportunities for employment right here on their doorstep as well as our help in getting them emotionally and practically ready for work,” explains Nick.

Bradford Manufacturing Weeks isn’t Yorkshire’s only programme of its kind, the Leeds Manufacturing Festival takes a similarly hands-on approach to create greater awareness of the depth of career opportunities within manufacturing.

Launched in 2018, the festival has a series of events planned for 2021 including an ‘Employ Me’ bootcamp, a ‘Careers Carousel’, mock interviews and several careers talks.

“There really is a wealth of opportunity out there among Leeds’ dynamic and innovative manufacturers, despite the disruption caused by the pandemic,” says Festival Chair and Managing Director of Daletech Electronics, Tracey Dawson.

“So many firms are hungry for new talent right now and there is a tremendously diverse range of apprenticeships and other career paths on offer in a sector that also pays well above the national average.” 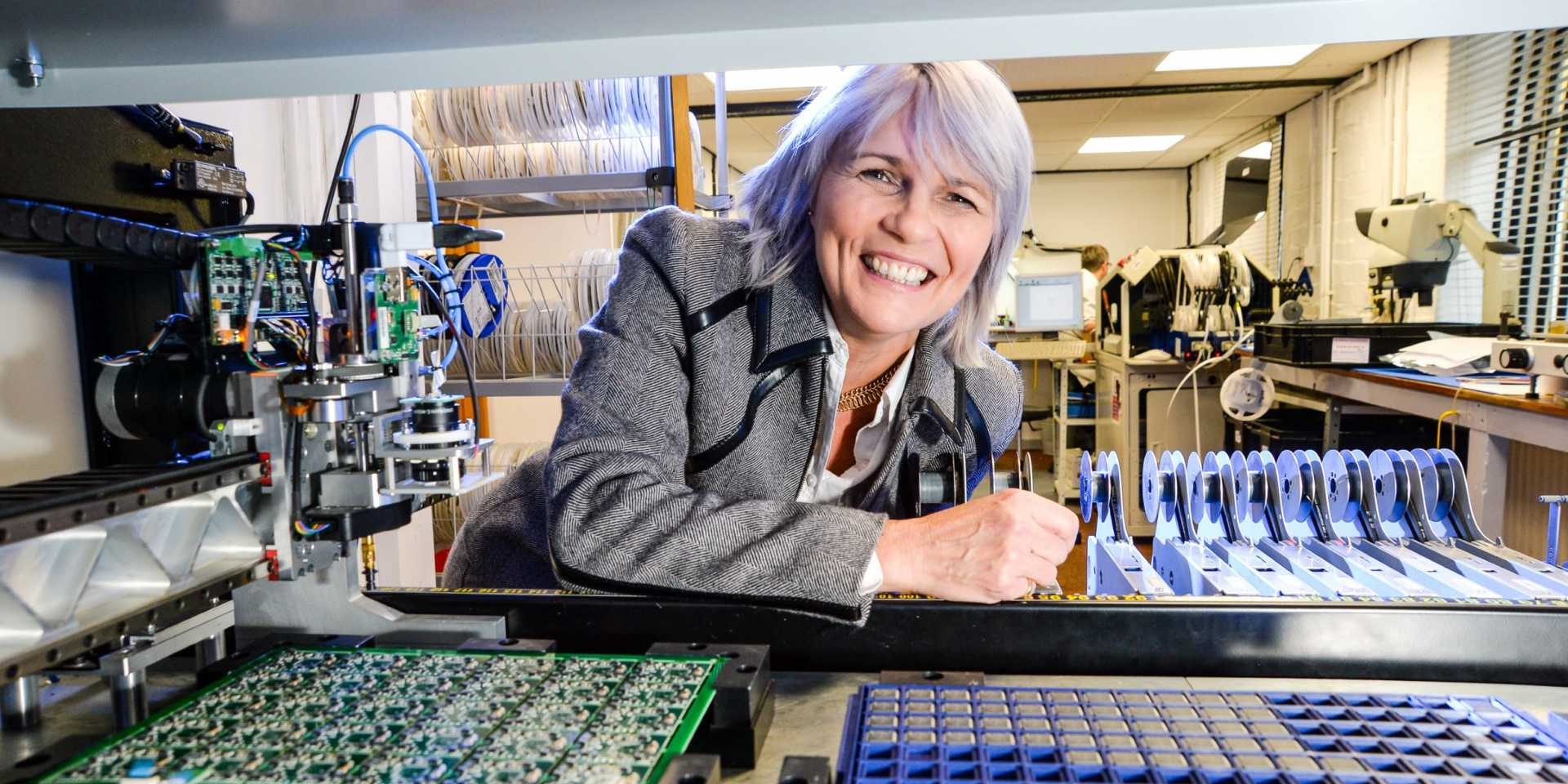 Creating a robust pipeline of future-fit talent isn’t the only concern facing Yorkshire. The greatest challenge affecting businesses in the region is infrastructure, according to the Power Up: Unlocking productivity across UK regions and nations report published by Deloitte UK.

“The priorities for many are seizing the opportunity of the HS2 high‑speed rail link to Birmingham and London planned by 2033 and holding the government to its promises to build Northern Powerhouse rail, a new line linking Leeds with Manchester via Bradford,” the report states.

The report also points to increasing collaboration between “businesses, politicians and universities”, such as the one that helped turn Sheffield into a beacon for advanced manufacturing, as key to raising the region’s productivity, alongside the need to create “better jobs, rather than simply more jobs”.

Yorkshire also faces the prospect of having to recover from COVID-19 and the resulting lockdown and overcoming its dependency on the EU for its exports. Well over half of goods manufactured in the region end up in Europe, 58% – significantly higher than the next largest destination, Asia, at 14%.

Yet, the desire to succeed and willingness to embrace change, demonstrated so clearly in how its businesses responded to the immense challenges presented during 2020, signals a bright future for the region, and for the UK as a whole.

As Yorkshire continues to strengthen its reputation as a leader in the technologies, products and industries of the future, it will play a pivotal role in not only reducing the North- South economic divide, but also solving the grand challenges facing our society.