During the recent Powering British Industry event, The Manufacturer spoke to Sage’s Rob Sinfield about manufacturing’s perception problem, enticing young people into the industry, and the need to refocus educational resources.

“There needs to be a more clearly defined career structure when people enter into manufacturing – in a sense, a form of Gamification Strategy,” says Rob Sinfield, VP Product Enterprise Management Suite at Sage.

“People can come in, see where they’re starting, look at the rewards they’ll earn as they progress, and that keeps them motivated, engaged, and in the industry. This is part of the manufacturing industry’s perception problem – people don’t see a viable career path if someone says to them ‘start on the shop floor and work your way up’.” 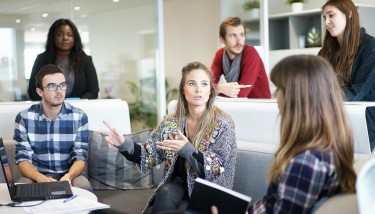 A Capital Group Survey from 2017 indicated several interesting trends regarding Generation Y (or the infamous millennials).

Even though millennials have a (deserved) reputation for job hopping, the study found that almost 70% cited loyalty to their employers as being important, roughly in line with previous generations.

However, they also expect their employers to be loyal in return.

Rob knows a thing or two about working his way up, and in the process acquiring a holistic view of an organisation, something which he thinks is a “really valuable experience to have, after I got in there and used the machines”.

It’s all part of an ongoing learning and personal development process.

Moving back into the schools system, Rob stressed that our education and schooling processes also need to be looked at, as he argues the “way we learn, and teach children, needs to change, as currently we use auditory learning [learning through speaking and listening, but the learner needs good listening skills], and I don’t think this suits a lot of kids”.

Hire the skills, not the person

“This is a subject I feel passionately about and I’m speaking from personal experience, as I have a child with Asperger Syndrome, so I think education should adapt to fit a child’s needs. This would give that child a better start in life, and make them a more productive member of the workforce,” said Rob.

Autistic people, for example, are often very good at the small, technical aspects of manufacturing, he added. “They will focus on details and not get distracted, and these are traits that we can encourage as they’re useful within manufacturing.

Companies such as Microsoft, Ford, and Ernst & Young already have dedicated programs to help them identify, train and employ people on the autism spectrum, many of whom who have skills and aptitudes these companies find useful.

In fact, E&Y’s own website states that though many people with autism are “intelligent, well-educated and eager to work, they often face interpersonal challenges that make it difficult to get in the door. However, some employers are turning these challenges into opportunities.”

Giles English, co-founder of luxury UK watchmaker Bremont, speaking during a panel discussion at the Powering British Industry event, echoed these points, arguing that his watchmaking business “takes people in, no matter where they’re from, no matter what their level of education, and we give them a couple of short tests, lasting about two hours.

From that, we can see whether they have the dexterity and mental ability to become watchmakers”.

“But that’s just the start,” he continued. “We then have to spend two years training them, paying them, making a  massive commitment to them. But we’ve got a vision to be one of the best luxury watchmakers in the world, and so that’s what we need to do. We’re just not in the business of trying to make a component 2p cheaper than the Chinese – we couldn’t anyway.”

As for the expansion of an individual manufacturer, Rob commented that we often confuse ‘growth’ with ‘thriving’, and the difference needs to be explained. “Some companies want to thrive, enjoy their work, grow slowly, try to innovate, but don’t necessarily want to grow into something enormous,” he said.

“This is because, generally speaking, when you decide to grow big you need to find a huge amount of investment. You need to make a conscious decision to expand your organisation. Some companies just don’t want to do that.”

“Having said that, no matter what size company you are, you need to do something new or try a new approach to a particular problem or face the prospect of being left behind.”

The fall from grace of Kodak, the once all-powerful film maker, is stuff of legend. Having underestimated the power of digital cameras, despite having a fully working prototype in 1975, it saw its core business completely disrupted within the space of a few years as digital cameras quickly superseded film.

“We’ve passed the point now where a company can stay the same size (generally quite small) for years and years,” said Rob, “so you do need development of some sort to keep moving forward. After all, nobody wants to get Kodaked!” 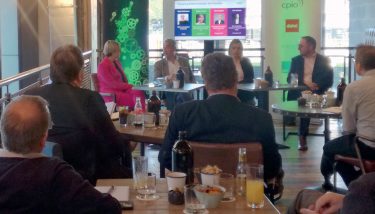 They all saw reasons to be optimistic about the UK manufacturing sector, citing recently commissioned research by Sage indicating that 99% of process manufacturers are preparing for growth, despite challenging market conditions and ongoing political uncertainties.

Furthermore, a majority of UK manufacturers say that even though regulatory change is impacting business they are now responding by investing in new technologies and ‘Brand Britain’.

In an increasingly digitised world, says the report, manufacturers that “prioritise digital transformation have the best chance of maintaining growth and riding the wave to success”.

“All companies, within the manufacturing sector or not, are now technology companies,” says Giles. “You need technological knowledge and knowhow more than ever, and if you’re a manufacturer of any sort, you’re likely to need coders for your machines.”

Traceability was another big issue. “A lack of traceability is a huge risk facture within manufacturing and engineering,” said Maggie. “If you can’t trace where a fault has come from, and thus who has ultimate responsibility, then your brand is likely to suffer as people will blame you, the company at the end of the chain.”

The manufacturing sector is undoubtedly trying to take charge of its own future, with an inward-looking shift and an appreciation of the value of locally-sourced goods (and the environmental and branding advantages associated with that) now a common theme.

EDITOR’S NOTE: A fuller analysis of the Sage research, ‘Riding the wave of uncertainty: How process manufacturers are planning for a brighter future in 2019’, will appear in the next issue of The Manufacturer.