Steel producer Sheffield Forgemasters is set to be nationalised in a £2.6m deal with the Ministry of Defence (MoD) to secure the supplies of specialist steel for defence applications.

The government acquired the historic steel firm for 121 pence per share, equating to total consideration of £2.56m. Up to £400m will be injected into the business over the next decade to replace critical equipment and infrastructure required for its military production capacity. Plans include a new heavy forge line and building, a flood alleviation scheme, major machine tool replacements and a site-wide HV upgrade. The investment is expected to help retain and create new highly skilled manufacturing jobs within the Sheffield City region.

Sheffield Forgemasters plays a key role in the UK’s defence supply chain, producing steel for the Royal Navy’s ships and nuclear submarines, as well as for the civil nuclear and oil and gas industries.

The development comes in the latest twist for 215-year-old manufacturer, whose origins can be traced back to a small blacksmith’s forge, prior to the firm becoming a commercial enterprise in 1805.

Unions have praised the deal, saying it will end years of uncertainty and instability at the Sheffield-headquartered steel producer.

Steve Turner, Unite’s assistant general secretary for manufacturing, said the takeover was “a sign that government is maybe finally waking up to a crisis of its own making”.

“Critical infrastructure industries like steel function better in public hands and advanced economies like our own need to have stable, secure domestic steel production capabilities to protect our national security interests as well as to compete in global markets,” he said.

The acquisition will preserve the jobs of just over 600 workers. It comes after 95 were laid off at the end of last year when Sheffield Forgemasters faced the end of its role in the Dreadnought nuclear submarine programme. 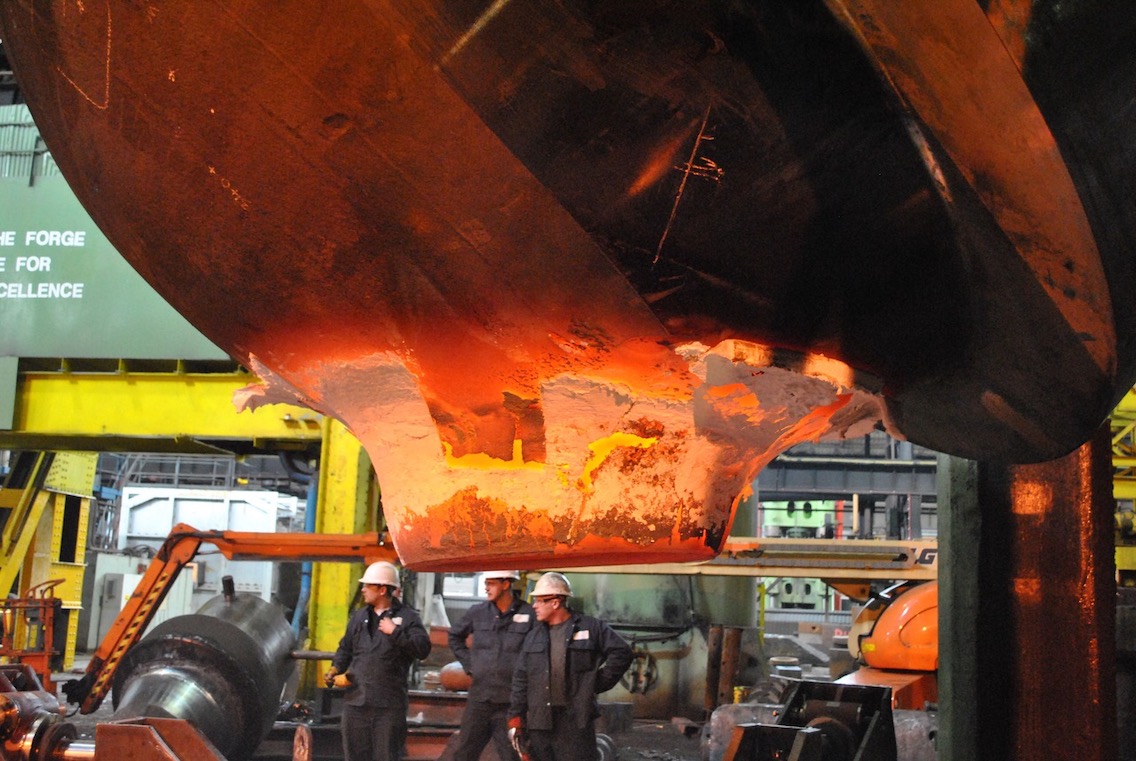 Despite problems, Sheffield Forgemasters has always been significant

Having faced pressure from cheaper steel imports from countries such as China and India, as well seeing oil and gas sector orders being withdrawn due to the COVID-19 pandemic, Sheffield Forgemasters has struggled commercially in recent times. As a result, the firm has been reliant for several years on loan guarantees from its big defence customers, including Rolls-Royce, BAE Systems and Babcock International. Those guarantees will fall away when the MoD completes its acquisition and provides Sheffield Forgemasters with the cash it needs to support its operations.

Despite its problems, the steel producer’s significance could never be overlooked as most of the companies capable of building the reactor pressure vessels for the UK’s nuclear submarines are located in potentially hostile countries including Russia and China. While US manufacturers are an option, they tend to focus on providing for their own navy’s vessels.

The government said that Sheffield Forgemasters is the only available manufacturer in the UK with the skills and capability to produce large-scale high-integrity castings and forgings from specialist steels in an integrated facility to the highest standards required.

David Bond, Sheffield Forgemasters’ chief executive, said the agreement would provide a more secure future for the business and its workers.

“Sheffield Forgemasters and its shareholders are not able to fund an investment of this size and so this acquisition marks the culmination of a process, started two years ago, that enables us to be a reliable and secure supplier to defence for the long-term,” he said.

He added that the acquisition was an “important milestone” for the company, South Yorkshire and UK manufacturing as a whole.

“We will still be able to operate on a full commercial portfolio as well as defence. We’ll be a public corporation and what that allows us to do is to get the government to invest in the business on a scale we could never achieve as a private company,” he said.

The acquisition, which is subject to a three-week offer period, is due to be completed on 19 August, 2021.

Related reading: Former Sheffield Forgemasters apprentice appointed to the board as COO