Posted on 8 Jan 2019 by The Manufacturer

As backbench MPs write a letter to the Prime Minister advising against a 'No-Deal' Brexit and lorries engage in a border disruption dress rehearsal in Kent, more British manufacturers have announced contingency plans.

Aston Martin has just announced it has hired a new supply chain chief, ordered car parts weeks in advance, and are preparing to fly in components and use ports other than Dover.

James Bond’s favourite car company joins Bentley, Majestic Wines and insulin maker Sanofi in a long line of manufacturers who are taking no chances over Brexit.

Last month, the EEF quarterly survey reported that more businesses were stockpiling goods over fears that prices of raw materials and imports will go up after 29 March when Britain leaves the European Union.

No-Deal contingency plans, increased stockpiling of goods and slowing investment are just some of the measures businesses are adopting as concern of a no-deal Brexit grows.

A couple of weeks later, the EEF co-wrote a joint statement with four other business groups, the CBI, British Chambers of Commerce, Institute of Directors, and Federation of Small Businesses which warned against a so-called ‘managed’ No-Deal Brexit.

And just yesterday, it released a new survey showing that delays at customs is a risk for just over three-quarters of companies (76%). A third of firms also said delays at customs was seen to be their most significant risk.

Aston Martin’s chief executive, Andy Palmer told Reuters that uncertainty caused by Brexit had led to this development: “I don’t think we’ve been in a position in the last two years where we’ve been further apart from understanding where we’re going to end up,” he said.

The luxury car brand is also holding a stock of cars in Germany as part of its No-Deal strategy. “It’s an inventory to some extent that we put in place during the course of 2018 … and depending on what happens in the next few weeks, may or may not increase,” Palmer commented.

Yesterday, Mike Hawes, chief executive of the Society of Motor Manufacturers (SMMT) called on the government to avoid a no-deal Brexit stating: “We’re facing Brexit, we’re facing leaving the EU. We don’t know under what terms. We desperately need a deal – to have no deal for our industry would be catastrophic.”

Aside from the automotive sector, other sub-sectors in the transport industry have stated similar concerns. Brompton Bicycle have built up a £1m stockpile of bike parts including wheel rims, spokes and steel, to guarantee supplies for its West London factory in case of a hard Brexit.

It has hired advisory firm Grant Thornton to help with what it calls its “shit hits the fan planning.” The Brentford company exports 71% of its bikes and imports much of its parts from Europe and Asia. It says disruption as ports would put added strains on their business.

“Taking storage has cost us £50,000 but the implications of running out [of parts] could be £50,000 in a few days,” said Will Butler-Adams, Brompton’s chief executive.

Brexit contingency planning has affected every business sector, though according to the Confederation of British Industry (CBI), only around 20% of British businesses have implemented their No-Deal plans for this outcome.

One industry that has been preparing for a no-deal situation since the EU referendum has been pharmaceuticals. Mike Thompson, CEO of the pharmaceutical trade body ABPI, told the Financial Times that the sector has been stockpiling medicines and increasing imports of key supplies by aircraft.

“We have an integrated European supply chain, so we’ve known from the beginning that any challenges at the border could affect us,” he said.

The pharma industry is also spooked by the lack of cold-chain storage facilities at border ports. These will be required for the transportation of certain medicines should a no-deal Brexit arise. Pharmaceutical companies currently rely on frictionless trade to move medicines quickly.

To ease the worries of industries like pharmaceuticals, the government have recently decided to invest £103m in chartering extra ferries to ease “severe congestion” at Dover should a no-deal Brexit occur. This included awarding a £13.8m contract to ferry operator Seaborne Freight, despite the company having no ships.

On a (slightly) more positive note, the EU Commission have proposed a set of no-deal contingency plans, which if approved by the EU27, would allow direct flights between the EU and the U.K. for a year after Britain leaves the EU. People will be able to fly from Gatwick to EU countries and vice versa (barring those disrupted by drones). The plans still have to be approved by the EU though.

Of course, a no-deal Brexit is not certain. But the uncertainty of Britain’s future trading relationship with the continent is creating difficulties for manufacturers. Should Britain leave without a deal, few manufacturers think the coming years would be good for their business. So, however much they plan for a no-deal Brexit, British manufacturing will likely face a tough few years ahead of them should frictionless trade with Europe end. 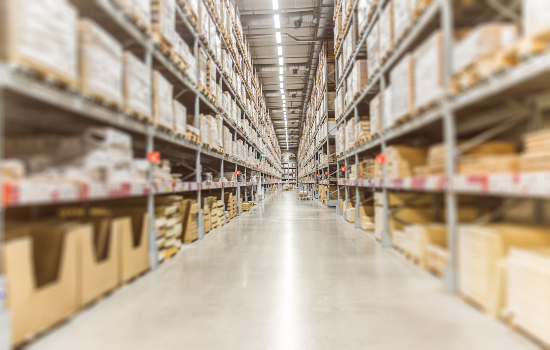